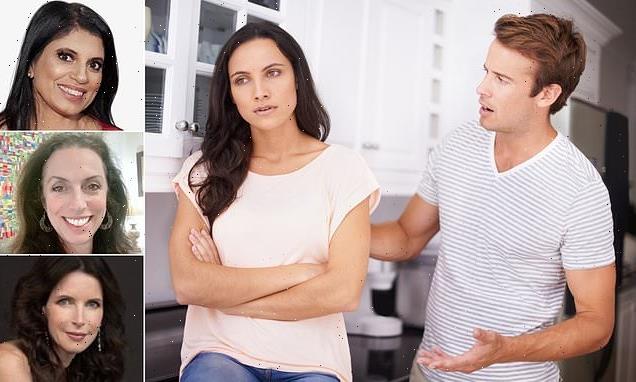 How to force narcissists out of your life for good… by visualizing yourself as a ROCK: Psychology experts reveal ‘gray rocking’ method that will safely repel toxic manipulators through boredom

Psychologists have revealed a surefire way to rid yourself from the toxic narcissists in your life with a method designed to make them lose interest in you and leave you alone for good.

Relationships with narcissists often feel like a fairytale in the beginning, with their victims becoming quickly attached by their charming façade.

Toxic people or narcissists can often appear glamorous and charismatic at first, which makes it easy for their partners to feel an instant spark or connection to them.

But when the mask eventually comes off, they reveal their true colors and begin to exhibit the personality traits of an abuser or bully, and often follow up these traits with manipulative tactics such as gaslighting and love bombing.

Many victims have claimed escaping a narcissist can be even more difficult than quitting a highly addictive drug, which is why relationship experts and mental health experts have come together to recommend one strategy that helps you live alongside them without sacrificing your mental health and it’s called the ‘gray rock method.’ 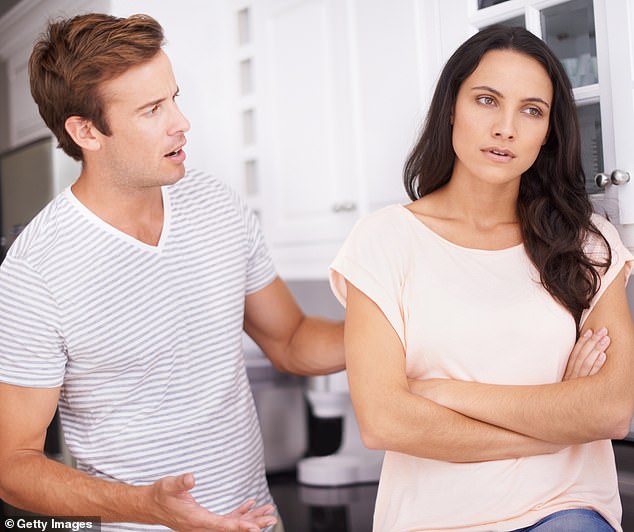 There are some toxic people in our lives that we are forced to live with, maybe it’s a coworker, a co-parent or in-law, which makes it difficult for some to easily escape the tactics of narcissists.

This is method pushes you to become uninteresting and unresponsive in the eyes of the narcissist, or become a ‘gray rock.’

Also known as graywalling or gray rocking, this method involves becoming as disengaged or uninteresting as possible, keeping your responses short and limited in hopes the person communicating with you will lose interest.

Deborah Ashway, a licensed mental health counselor in North Carolina, told USA Today: ‘It’s when somebody tries to make themselves as boring and nonreactive as possible to decrease the amount of provoking or emotional reactions.

‘Because when somebody doesn’t give the manipulator the responses they want, they’re no longer able to push their buttons.’

Gray rocking is a communication technique that aims to make a narcissist lose interest in you.

Using this method, you don’t fuel their need for drama or attention, don’t show emotion, reveal anything interesting or disclose any personal information.

You also shouldn’t ask questions or make a substantial effort to participate in the conversation, limiting your answers to a few short words or head nods is recommended.

Saying ‘maybe’ or  ‘I don’t know’ are also good responses to make yourself appear unattractive and boring.

This technique removes the narcissist’s pleasure or gain in being seen with you or speaking with you, depriving them of the drama.

This will cause the narcissist to look elsewhere to get their needs met.

The idea of this form of communication is to try to blend into the background, like a gray rock.

Holly Richmond, a licensed marriage and family therapist in California, said: ‘The first step is to visualize yourself as a gray rock.

‘You’re this immovable, impenetrable force who is disinterested.

‘If they ask you a question, say yes or no and don’t give details about your life or admit you’re practicing this gray rock method.’

Richmond added: ‘Any kind of attention, even negative, is good for a narcissist and they will take that over no attention at all.

‘The gray rock method works because it’s the most minimal amount you can possibly offer and they’ll get bored or lose interest in manipulating you.’

The gray rock strategy is most effective in work or dating relationships, so those who are co-parenting after separating should opt for a variation of this technique called yellow rocking, which involves the infusion of slightly more communication. 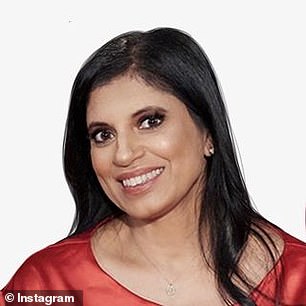 Dr. Durvasula recommends slightly engaging with a narcissist when co-parenting

According to Ramani Durvasula, author of book Should I Stay or Should I Go? and a clinical psychologist in California, ‘You can’t be a complete robot in front of your kid, so yellow rocking infuses a bit more emotion into the communication that goes beyond the flatness of gray rocking.

‘For example, instead of just saying yes, no, you say, ‘Oh wow, I didn’t know. Thank you so much,’ Durvasula told USA Today.

And while psychologists note the gray rock method can be extremely effective in repelling toxic people in the long run, they also admitted it can be dangerous.

Ashway warned: ‘This method could aggravate them more, because they’re not getting the reaction they’re used to.

‘They may feel their power slipping or their control over you waning, and as a result, they might double down on the manipulation tactics they used to provoke a reaction out of you.’

Furthermore, Durvasula explained its most important that you protect yourself first and foremost and use the acronym D.E.E.P: Don’t defend. Don’t engage. Don’t explain. Don’t personalize.