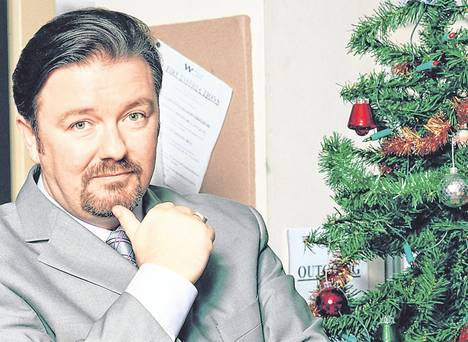 But now we are living in even trickier times, and in the year of our Lord 2018, we must tread carefully to ensure a trigger-free Christmas for all. The latest casualty of our new and improved politically correct festive season is the perennial Christmas classic ‘Baby, it’s Cold Outside’. Once a festive staple in elevators and department stores across the land, the song has been culled by radio stations across the world, including our very own Christmas FM.

The reason? Listeners have complained about its lyrical content, not least in the wake of last year’s seismic #MeToo movement.

The tune takes the form of a two-way conversation where a man tries to persuade his female companion not to risk a journey home in bad weather, but to have another drink and spend the night with him instead.

On line of the song in particular, which was written by Frank Loesser back in 1944, is “Say, what’s in this drink? (No cabs to be had out there)”, and has already been interpreted by many as a reference to date rape.

There’s absolutely no doubting that the song reads as more complex today than it did in recent decades. Yet scratch the surface and it appears that many of our long-held traditions aren’t going to hold up in these post-#MeToo times.

Seeing as it’s now the season of goodwill to all men (sorry, people), we’ve devised a few ways to side-swerve potentially triggering moments and have yourself a merry PC Christmas.

How to flirt at the office party

Bad news for Sad Malcolm in IT, the era of the opportunistic, tequila-fuelled festive ‘fling’ is no more. Even Hollywood stars are more mindful of flirting and gender relations: Superman actor Henry Cavill told the Australian edition of GQ magazine he was now too scared to chat up women in case he ends up being branded a ‘rapist’ (his word, not ours).

Of course, this new world order is helpful and reassuring for women, though it does appear to leave many in a quandary when it comes to the Christmas office party. Can you comment on someone’s appearance, especially if they’ve pulled out all the style stops, as many invariably do? What happens if you find a colleague upset or emotional (an absolute certainty at an office party), can you comfort them by putting your arm around them?

And surely the whole point of the Christmas party is that you can finally make a move on the person you’ve fancied all year, and then, when it doesn’t work out, blame it on the sherry afterwards? After all, around one-fifth of people meet their partners at work.

Let’s be honest: all the ‘confusion’ around these new social codes has probably less to do with an uncertainty on how to act appropriately and more to do with an unwillingness to do away with the good old days of bum pinching and ’30 seconds in the stationery cupboard’.

By all means, when it comes to trying your chances with the office junior, pursue away, but be sure to do it with kindness, respect and compassion. It may sound weird to suggest that you ask for consent to flirt, but these are the times we are living in.

As for the compliments about one’s appearance? Well, there isn’t an entire industry built around show-stopping, sequined dresses for nothing. Many who pull out the sartorial stops would like to get noticed, and won’t mind a genuine compliment. But let’s leave ‘nice t*ts’, ‘figure-hugging’, ‘where have you been hiding that a*se all this time?’ back in 2015 where they belong.

Similarly, the sexy secret Santa gift – boob-shaped pasta or what have you – can be left behind with David Brent and the Crazy Frog. If a person really, really wants boob-shaped pasta, they can buy their own.

If you get knocked back by a potential fling, be graceful in rejection: don’t push it and persist, hoping that pester power will eventually wear them down. Similarly, don’t ply them with free booze in the hope that it will erode their morals and leave you entirely without blame.

Also, it probably helps to be aware of your place in the pecking order: are you the all-powerful boss? Is the object of your affection a young, enthusiastic subordinate who has to make your coffee on Monday morning?

Many workplaces have specific and clear policies about what constitutes corporate harassment: there’s no harm in boning up on the basics. And remember, an anti-harassment policy is for life, and not just for Christmas.

‘Fairytale of New York’ may be an official sign that the festive season is finally here, but not everyone is a fan of The Pogues’ glorious tune. Many find the reference to “scumbags” and “f*****s” disparaging and offensive; as one person Tweeted, “It’s difficult to imagine any other bit of insulting hate speech being so festively shouted out every bloody year”. Some radio stations opt to play censored versions of the song, many of which should be easy enough to find for your shindig. And before you grouse on about PC-culture gone mad, remember this: Kirsty MacColl, who died in 2000, dropped the words herself in live performances, deploying the line “you’re cheap and you’re haggard” on Top Of The Pops in 1992 instead.

Leave politics at the front door

It’s almost impossible to chat about hot-button issues like Trump, homelessness, Repeal the 8th and Brexit with others without falling into prickly territory. And when families – members of different generations, provenances and outlooks – gather round the turkey, it’s inevitable that some unpopular, conflicting views might surface. In recent times, we have ramped the art of the debate up to a whole new level, with the sheer theatre surrounding armchair punditry edging ever closer to soap opera territory. There is a widespread obsession in ‘waking’ others, bringing them round to our way of thinking, and disseminating the ‘right’ kind of information.

But Christmas Day ain’t the time to do it. And remember, just because you love each other doesn’t mean you can’t disagree ideologically on what social justice is. You’re not likely to change anyone’s mind: simply say to someone, “I find that interesting” or “you make a good point”, and keep counsel.

Doing away with the festive plastic tat has little to do with smoothing over social relations, granted, but the politically minded friend or family member who has been rattled by our environmental crises will thank you for it. Stocking fillers and novelty gifts are useful for about five seconds before they are destined for the heap of clutter under the bed (or worse, a landfill). Download some jokes onto your phone instead. The oceans will doubtless thank you for it.