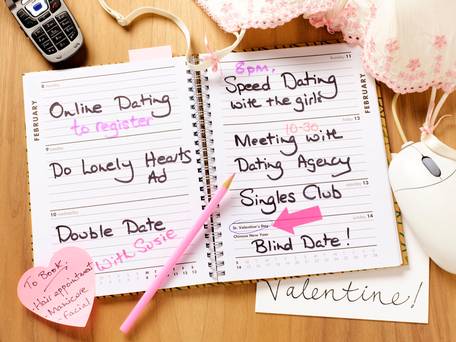 Modern age dating is hard. Any person who has been single in the last 10 years will tell you that: a combination of internet only dating, niche apps and the increasingly rare experience of in-person communication are some of the many reasons for these complications in the millennial age.

Fewer people are meeting the loves of their lives (or otherwise) in clubs and pubs anymore. Irish people just don’t have the confidence – or the eagerness – to introduce themselves in person, when they could hide behind a screen and save themselves from potential rejection. Then we have the world of dating apps – Tinder and Bumble and everything in between. Every need is catered for at the swipe of a finger, but how often do these digital match-ups turn into the real deal?

There is something of a rebellion brewing among singletons, who are now opting for face-to-face dating opportunities and of all things making a comeback, speed dating is emerging as the frontrunner. Without searching particularly hard, I find 12 speed dating events – including an attempt to break a world record – ahead of Valentine’s Day.

Denise Robinson, who is organising the world record attempt at Dublin’s CHQ building, has sold 800 tickets already. Each participating will have 20 people to work through and will be given three minutes with each. Robinson is single herself and was inspired to widen the net on the search for love after she came out of a five year relationship and realised how much the dating pool had changed during that time.

“I think it’s the way forward now. You go into a bar nowadays and nobody chats you up, they just go on Tinder. It really is a problem now,” Denise told Independent.ie.  “When I split up with my partner, I never thought it would be so hard to meet the right person, and I think this is where people are struggling.”

So, what is the appeal of cramming in three minutes’ worth of your life to multiple strangers?

“I think firstly, its real. You can see the person for real. My friend, she was chatting to this guy for weeks on Tinder, and when she met him, he looked nothing like his pictures.  It’s all that time and energy wasted, and I think a lot of people have been there too.”

With the CHQ event, participants download a special app that allows them to scan their dates QR codes on their phone and then after the date, they can swipe left or right if the person tickled their fancy. If they both match, their contact details are shared with one another, so the event is almost like a mix of old-fashioned and digital dating. But for another speed dating event, one of many on February 14, the focus is solely on the “human connection” and some come out with friends as well as dates.  The ‘Positive Nights’ speed dating event incorporates both mindfulness and romance, according to organiser Paul Congdon.

“When you come into the event, rather than going in with judgements like whether you fancy them or like how they look, we encourage people to stay in the moment, to connect with them and have a chat,” he told Independent.ie.

The event takes place in Bewley’s Cafe and won’t be serving alcohol, instead encouraging participants to give flowers and chocolates for old-fashioned romance.

Paul said he believes that digital dating, and digital life in general, has taken over many people’s lives and that speed dating events like Positive Nights allow others to meet “like-minded people” – and they have a good success rate too, with many people going on dates after the event and a few relationships occurring as a result of the encounters.

“We’re all a bit addicted to our phones. Someone asked what the age group was but there is none, we just tell people to come in and chat. You can make friends too if you connect in that way,” he said. “We stop in the middle to calm everything down and do some meditation. A lot of the people that attend are like-minded, they’re open to yoga and meditation.”

Occupational therapist Peter Connolly from Lifestyle Awareness said that the growing need for a physical date over swiping right may come an inability to express ourselves in an “interesting and real way”.

“Conversations can fizzle out, feel repetitive and lack sparkle. We’re unable to charm face to face and anxiety inhibits us as we over think, fear offending or show too much interest,” he explained. “We can play it too safe which doesn’t help build chemistry. We need to bring a more mindful, courageous yet fun approach to our dating lives.”

This is something that speed dating veterans 2Connect.ie have noticed recently. With over 13 years in the business, they’ve even heard the sound of wedding bells a few times over the years.

“I was busiest during the recession four or five years ago, when people wanted other halves to split bills and cut costs. But we’ve been going steady ever since, we’ve heard every story you can imagine. We’ve seen babies, weddings and many relationships form,” founder Hugh Redmond told Independent.ie. “In the last year I’ve seen some changes. We’re attracting more guys as young as 20, and then also people into their seventies.”

Mr Redmond believes that speed dating is an attractive dating option for many and that it’s filtering out some of the “horror” stories that online dating can bring.

“The problem with online dating is the low percent of people connecting online, the vast majority don’t connect. It’s not properly policed either, you hear these bogus and horror stories. It’s going back to the real world- people would prefer to shake hands, look others in the eyes. It’s the way people would prefer to meet. Speed dating is very much a viable option.”