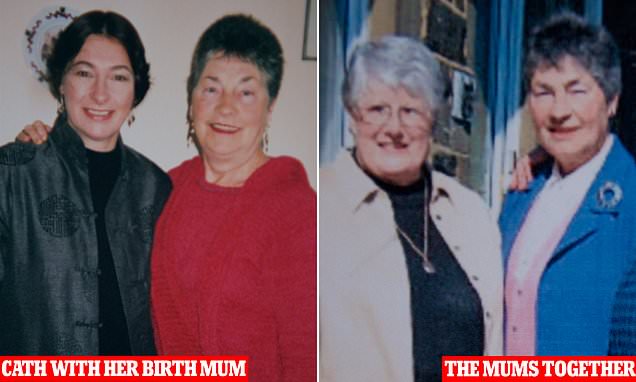 How my TWO mothers learned to love each other: Some adoptive parents dread their children contacting their birth families, but for this author, it brought life-changing happiness

The two women chatting animatedly at my 50th birthday party looked so relaxed together you’d have taken them for old friends.

Whatever they were talking about, I knew this was an incredibly special day for them both. It certainly was for me, and for reasons far more profound than the landmark birthday.

You see, both these women were mothers to me, in different ways but each in the true sense of the word.

The party was the first time all three of us had been in the same place at the same time. It was strange to think that just a decade earlier, we hadn’t even known each other’s names.

At my left sat Evelyn, who had given birth to me 50 years earlier; on her right, Margaret, the woman who took me home seven weeks later and raised me as her child. 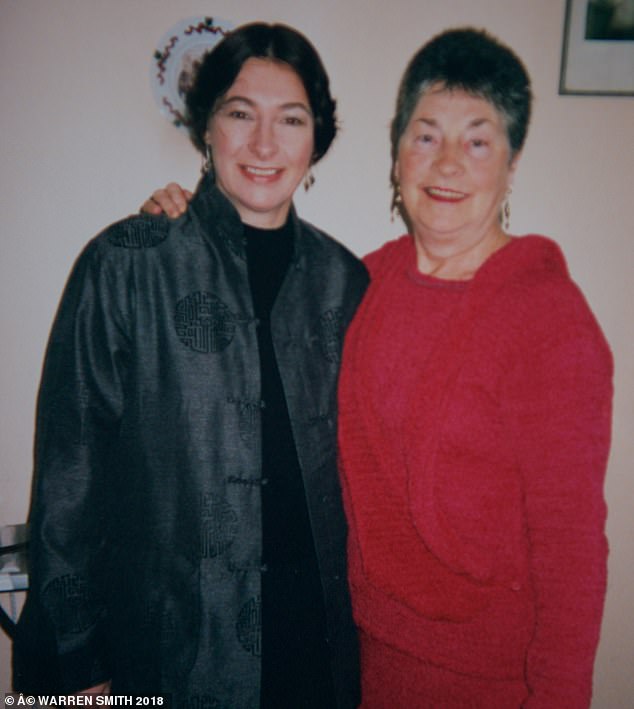 It was she who Evelyn always insisted was the only person who deserved to be called my ‘Mum’.

Now, I struggle to remember the minutiae of the day — but I will always recall the astonishing sense I had of this being the moment my past and my present finally welded together.

Plenty of adoptees never come to terms with the sense of rejection after learning they were given up as a baby.

I don’t imagine either that many adoptive parents want to navigate the complicated emotional waters of getting to know the woman who gave birth to the child they raised. Or that a birth mother would have such a generous heart she’d invite the people who got to experience all she was denied to stay with her.

Yet my parents did go and stay with my birth mother Evelyn in the days running up to the party she arranged for me. That the most significant people in my life were able to find such peace in each other’s company that day still feels like a remarkable thing.

After all, at the heart of every adoption story is loss: the loss of identity for the adoptee, the loss of her baby for the birth mother, and the loss of the hope of having a biological child of their own, as was the case for my mum, who entered into the process due to infertility.

In 1956 I became one of half a million babies adopted in the Fifties, Sixties and Seventies — most of us the children of unmarried mothers who felt they had no choice but to give us up, such was the social stigma. Evelyn’s shame meant she kept my birth a secret for almost 40 years — she had returned to Ireland after my birth, eventually marrying my father, with whom she had seven more children. Finally admitting my existence to her daughters gave her the impetus to try to find me again. 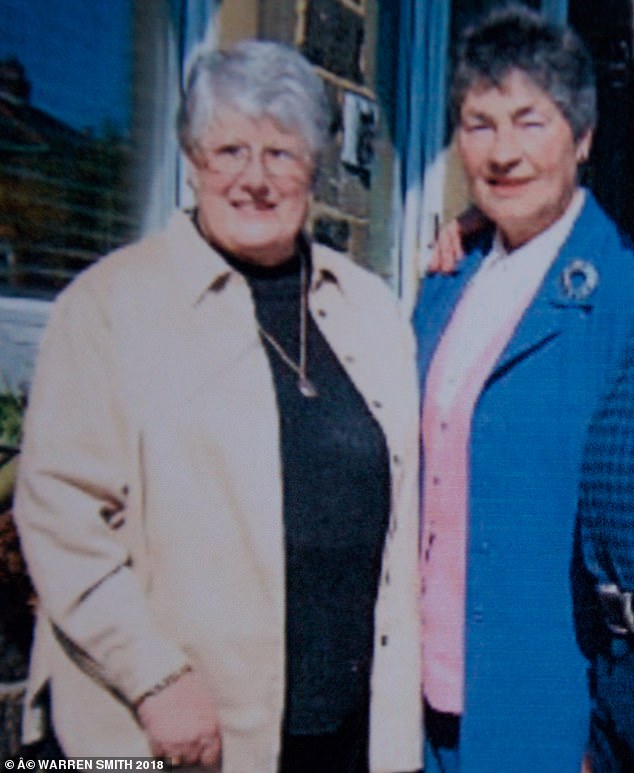 Cath put her name on an adoption contact register in 1994 in the hopes of tracking down her birth parents (pictured: Cath’s adoptive mother Margaret (left) with Evelyn)

Meanwhile, I’d grown up knowing no more than my parents, Margaret and David, about how my life had started.

From when I was tiny, the fact I was adopted — as were my two younger brothers — was just a part of our family’s narrative. Mum and Dad always said they’d be supportive if, once I turned 18, I wanted to trace my birth parents, but it took until my late 30s for me to want to.

The story went that one day they got a call from a mother and baby home in Leeds, asking if they’d like to see a little girl who needed a home.

The instant Dad picked me up I fell asleep in his arms and so, as he never tired of telling me, it was a done deal.

All they could add were basic details: my birth name was Mary Lucia; my mother’s surname Ryan; and that she’d trained as a nurse and moved from Ireland to work at a hospital in Yorkshire. When it became apparent she was pregnant, the Church arranged for her to have me at St Margaret’s Home in Leeds.

As a child I filled in the gaps with fantasies — that I was a princess, or the love child of a sailor. As I got older those musings took on a darker edge: was I the product of rape or incest?

It wasn’t until 1994 I finally put my name on an adoption contact register. Until then I hadn’t wanted to explore my past — I resented that my birth mother hadn’t kept me. 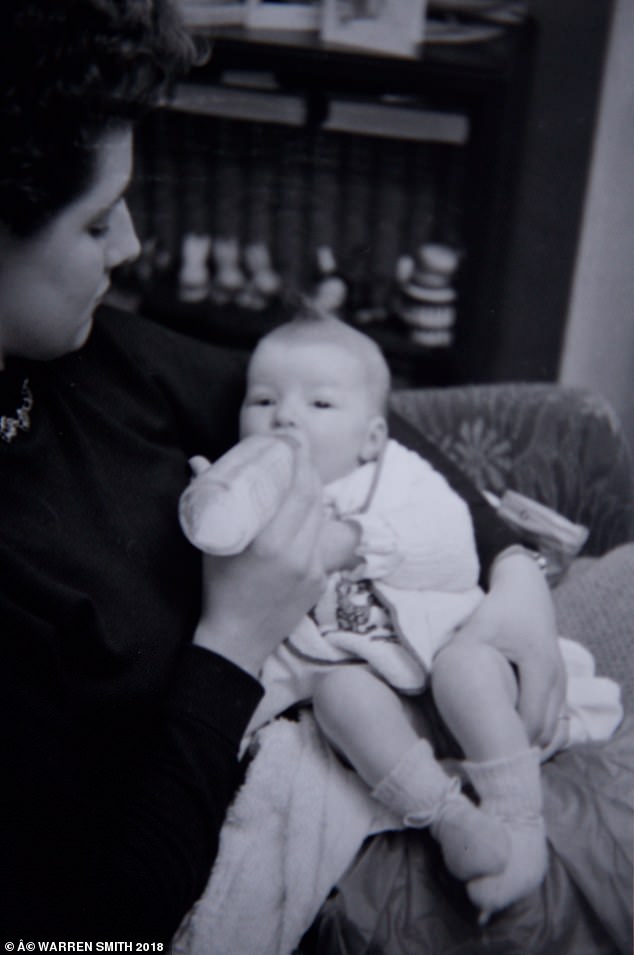 But then the births of my own children — Daniel in 1986, Ellie in 1990 and Kit five years later — stirred up powerful emotions about my sense of family legacy.

When Daniel was born it was the first time I’d seen my own features reflected back at me. I looked at my son and the thought of ever having to give him away appalled me. I felt pity for the mother who’d said such a wretched goodbye to me.

My sense of aching sorrow that had come over me so many times since childhood suddenly made sense — I’d never got over being separated from my mother so soon after birth. This left me feeling anxious, and I needed counselling to get through it.

By the time Kit was born it struck me that even though I made my living writing crime fiction I still hadn’t solved the mystery of my past. First I got hold of my adoption papers, which is how I found out Evelyn’s name and where she came from — each scrap of information felt like a jewel, filling the dark hole of my past with colour and light.

I kept all this to myself at first. I didn’t want to worry about my parents’ feelings when I didn’t even know how I felt myself.

When I did tell them, Dad in particular found it hard — I could see the anxiety on his face. He was scared this move somehow marked the beginning of the end of the family he had built. 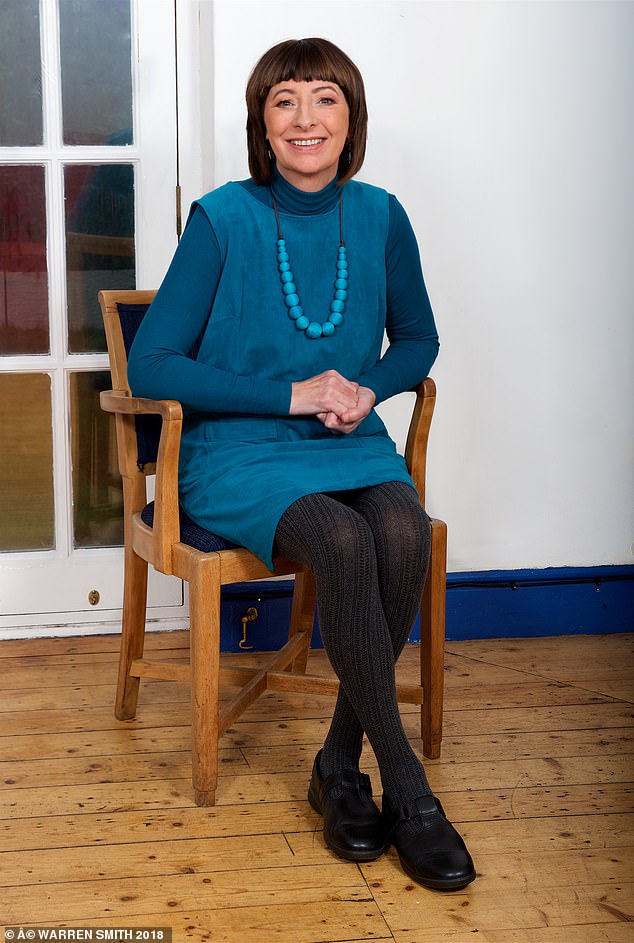 We shared a couple of letters before Evelyn wrote saying she’d like to fly over to Manchester from Ireland to meet me. My father had died in 1985, so I was never able to meet him.

But I wasn’t ready. This was for my sake, and my parents’ sake too. I felt they needed more time to prepare.

Evelyn and I exchanged letters for a year, getting to know about each other’s lives. Meanwhile, she and Mum also wrote to each other. Evelyn had questions she wanted answering — how I’d slept as a baby or whether I’d fussed over my food.

Mum told me Evelyn’s letters always included words of thanks to her and Dad for raising me with such love, telling them ‘she’s your daughter’. She’d returned to Ireland terrified I could be mistreated, and she coped by convincing herself I’d died. Her relief to know I’d grown up with such good people was huge. Mum told Evelyn of the joy raising me had brought them.

A year after that first letter, I travelled to Ireland and we spent the day together. Unbeknown to me, the previous evening Mum had phoned Evelyn to wish her luck.

In the years that followed I visited Evelyn many times. My partner, Tim, and our children came too — there were huge family reunions where I met brothers, sisters and cousins, who all welcomed us. 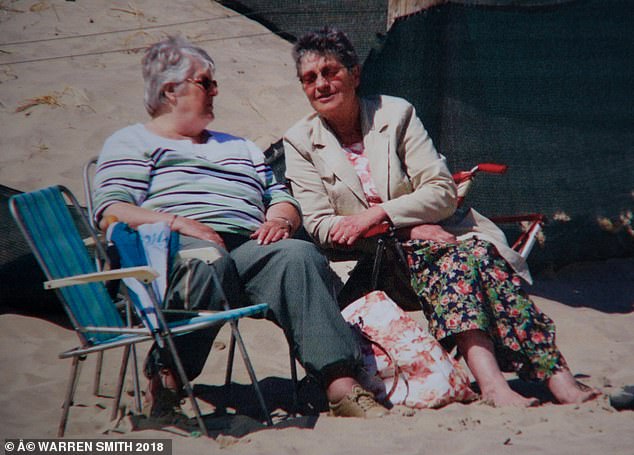 In 2001, Evelyn asked my parents if she could meet them. I was delighted but also determined I should play no part in it. I was terrified my presence could bring out some evolutionary instinct in one of them that would upset everything. This had to be about them, not me.

But the meeting went so well. My parents took Evelyn on a tour of my life — the schools I attended and the house we lived in. When my birth mother departed that evening she said she left true friends behind. I knew nothing of the arrangements that were made, five years later, for Mum and Dad to stay with Evelyn in her home for my 50th.

When I saw my parents arrive at my party with Evelyn, I was astounded. They looked so at ease with each other; it’s a sight that still moves me when I recall it.

After the party Dad told me that instead of losing me, he felt as though he’d found a whole new family. Sadly, we’d never all be together again. Dad died in 2013, and several of my Irish siblings came over for his funeral.

Evelyn was too ill to travel, as by then she’d been diagnosed with motor neurone disease which took her from us last summer, followed by my mum, who died of heart disease two months later.

I’m still grieving for them both but at least I can feel all this pain in an uncomplicated way, and that’s thanks to the way they conducted themselves. Whatever their own feelings, they went to great lengths to respect each other — and were determined the relationship they shared, no matter how difficult to build, would only ever be a force for good in their daughter’s life.

Fear of Falling by Cath Staincliffe is published by Constable at £19.99