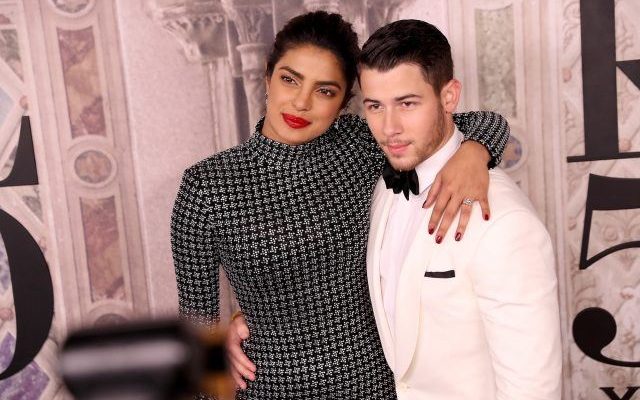 Priyanka Chopra and Nick Jonas may have had a speedy relationship, but this couple couldn’t be more serious about tying the knot. In fact, they’re getting married in Chopra’s native India the first weekend in December, and the event will likely be huge. But how much is the couple actually spending on their big day?

Chopra and Jonas began dating in May 2018, but knew each other long before that

2018 has been the year of the rushed engagements (think: Ariana Grande and Pete Davidson, and Justin Bieber and Hailey Baldwin), and Chopra and Jonas are no exception. However, despite only being an official couple for a little more than two months, the two have actually known each other for much longer. According to Insider, Jonas sent a text to a friend about Chopra back in 2016 that said “Priyanka. Is. Wow.” Clearly there was something between the two a long time ago. When he saw Chopra in person for the first time in 2017, he couldn’t believe she was real and asked her to get a drink. The two attended the Met Gala together in 2017, and Jonas met Chopra’s mom, but they didn’t actually meet again until a year later.

When the two met up and hung out in May 2018, Jonas reportedly called his mom and said he was going to marry Chopra.

Jonas stuck to his word and asked the actress to marry him in August 2018. The two had only been official for a few months, but when you know, you know. Jonas didn’t fall short with Chopra’s engagement ring, either. He reportedly spent a whopping $200,000 on a Tiffany engagement ring for his future bride. And that was only the start of the wedding costs.

The couple will wed in Chopra’s native India in a $60,000 wedding venue

Chopra felt it was important to marry in her home country of India, so the couple have planned nuptials for December 1 and 2, 2018. The two will wed at India’s last-living palace, known as Umaid Bhawan Palace, which costs about $60,000 for the evening. A one-night stay at the palace would cost an average joe around $800. For comparison, most Indian hotels cost between $25 and $150 per night, which shows how extravagant the palace is.

With only the venue costing $60,000 and a $200,000 engagement ring in the mix, it’s evident the wedding could easily hit a six-figure number. Between all of the festivities taking place before the event, Chopra’s dress (or two dresses, since there will reportedly be two ceremonies), Jonas riding in on a horse, and Chopra supposedly arriving via helicopter, there’s plenty of room for the price to shoot up. In fact, nobody would be surprised if it reached the half-million mark. The bride and groom haven’t leaked every detail of their wedding yet, but once the big day is over, it will be more evident how much the two spent.