BRITS may be rooting around cupboards to dig out the slow cooker now that colder weather and darker evenings are on the way.

But the family evening meal-time go to will obviously need a bit of power to run. We explore how much that's going to add to your energy bills. 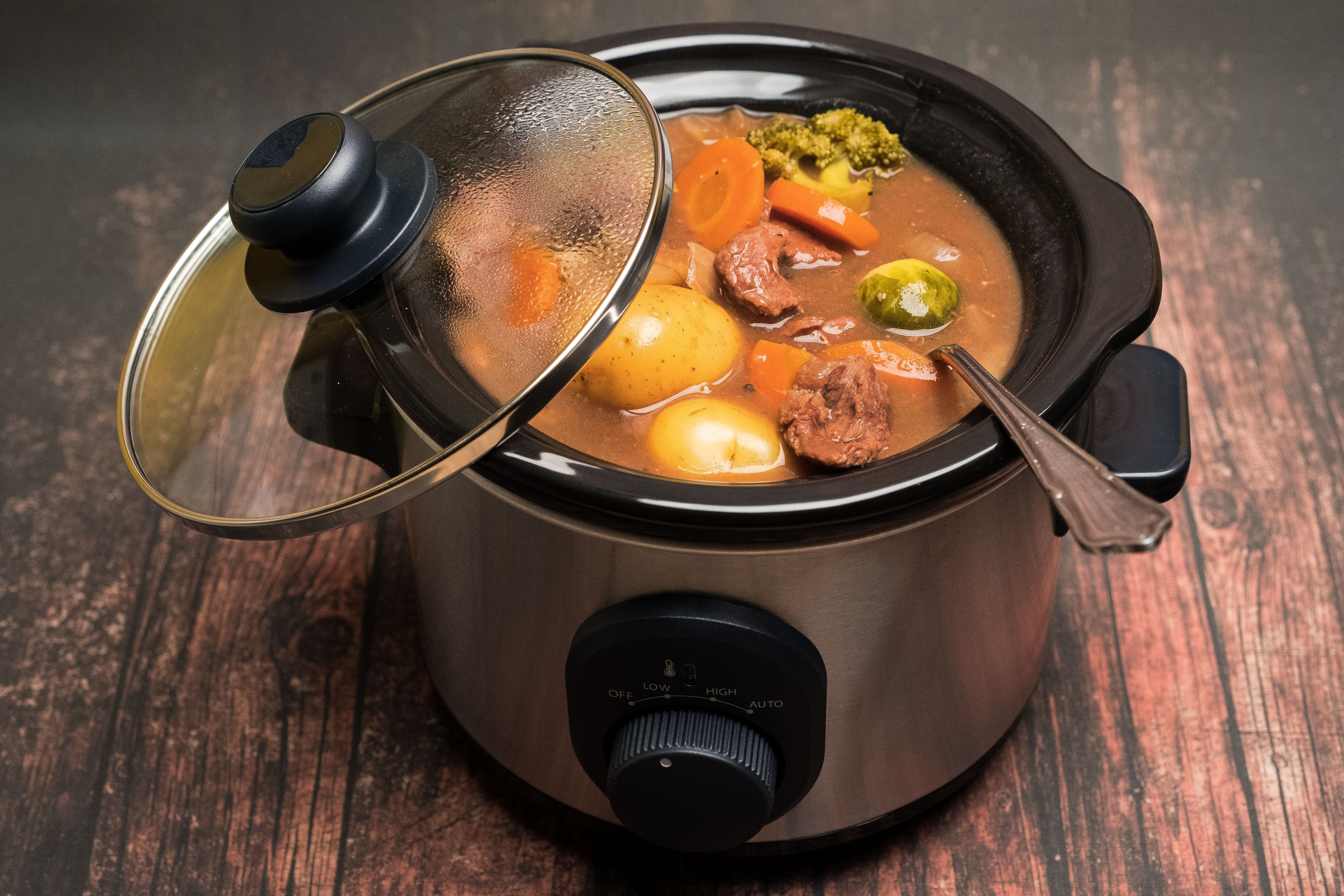 A slow cooker can be a worthy investment as it has several benefits like hands-off cooking, and is designed to bring out the flavour of most foods and make some meats tender.

But the devices can also be a great conservation of energy as well as being an easy to use appliance.

So it's important to be aware of how much energy you're using in your kitchen and home, and if the day to day appliances you set off before you leave for work each day could be hiking your energy bills unnecessarily.

We've broken down everything you need to know about how much it's going to cost you to run a slow cooker.

Uswitch has said that the average cost of energy in the UK is 14.37p per kWh.

So to work out how much it will cost to make your favourite hot winter-time tea, you need to do a bit of maths.

The equation is: Cost = power (kilowatt) x cost of one kWh (pence) x the length of time (just the one off meal, or over a week or month.)

Ultimately Uswitch has worked out that it means a slow cooker would cost you roughly 18p per meal.

In total you're going to see your energy bills go up by 18p per meal for each time you use your slow cooker, as concluded by Uswitch, which won't set your energy bill back by much.

If you really had a craving for the style of dinner, and decided that's what you wanted to eat every day for a month, then you'd have to fork out roughly £5.40 for the running costs.

Plus, if you made a slow cooked dinner for the family every day for a year then you would use 18p x 365, to bring you to a total of £65.70 overall added to your energy bills.

Not everybody is going to use their slow cooker this much, but it gives you an indication of roughly how much you could see your bills rising with excessive usage.

Of course it's worth noting that slow cookers come in different sizes and the size of the slow cooker can also contribute to its average electricity usage, with smaller slow cookers using less electricity.

Plus, if you are testing out your chef skills, different recipes may require different settings, some can be set to as low as 60°C using less electricity than a dish that needs to be cooked at a higher setting like 149°C.

There are other ways to reduce the overall costs though, so you won't have to necessarily compromise on the size or quality of your slow cooker.

Cut down on the cost

Using a slow cooking isn't necessarily an energy draining product, and in some instances it can actually save you more on energy costs than other appliances in your home.

"They use just a little more energy than a traditional light bulb, and you can leave your food to cook slowly throughout the day while you’re at work or when you need to get on with other things."

But turning off machines when they’re not being used is a good way to crack down on unnecessary costs too.

Make sure you flip off the switch on the wall and unplug the appliance as leaving it on standby will continue to drain your bank account in the same way it drains the unneeded power from the wall.

But if that's not enough to keep the costs down, you can think about switching your energy tariff too.

There's no need to stay loyal to your provider as soon as your contract is up, especially if they are charging you a lot for energy consumption to begin with.

Shop around as you could find that another tariff charges less than the average we've calculated for each Kilowatt used.

Switching is just one way to reduce your energy bills too, we've come up with a handy guide to help you lower other everyday costs.

Another home comfort you might want to be wary of is the overnight fan you're leaving on during the hotter nights.

Leaving it running can also hike your energy bill, so being aware of the cost breakdown is important.

We've also had a look into the costs of boiling a kettle as Brits hunker down for the Autumn and Winter months with a nice warm cuppa.

But anybody wanting to splash out on a hot tub before the good weather comes to a close, should keep in mind the costs of running it too.