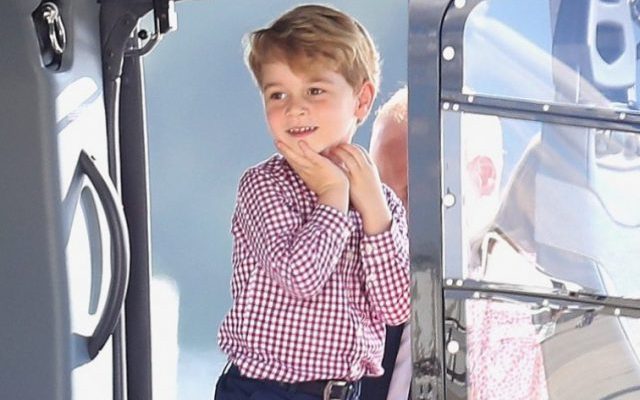 Prince George, the oldest of Prince William and Kate Middleton’s children, is a mini male fashion icon known for his short trousers and preppy outfits. But does the prince pay a pretty penny for his clothes?

The royal family pays for their own clothes

The royals don’t get much for free, and to that point, they have to pay for everything they wear. The royal family has strict policies about accepting gifts, and clothes are one item that they must pay in full for. The family is allowed to pick out outfits to try on, but when they choose the one they want, they have to send back all the others and pay for their choice. Prince George is no exception; Will and Kate dole out cash for everything he wears.

George is not allowed to wear pants

One interesting part of George’ wardrobe? His lack of pants. He only wears shorts, and it’s proven in any outfit he’s ever been photographed in. It may seem odd to commoners, but it’s actually a long-standing royal tradition that boys don’t wear pants from birth. Back in the 16th century, boys wore dresses until they reached toddler age. Then, they switched to shorts. For the hundreds of years, young boys have then worn trousers until they “graduate” to pants. While George didn’t wear dresses in his early life, he will likely have to wear shorts until he’s around eight years old. But until then, his legs will feel pretty chilly in the winter.

Since he’s a royal, you might assume his trousers and tops cost hundreds of dollars. But while children’s clothing tends to be less expensive than adult clothing, Will and Kate spend a pretty modest amount on their oldest son. In fact, most pieces of clothing George has been spotted in cost less than $100. In once Christmas portrait, George is sporting an adorable sweater vest that cost around $95 — not too bad for a royal. And the top he wore for Charlotte’s christening also cost roughly $95. While he does dress in style for a young boy, his clothes aren’t entirely unaffordable. In comparison, his sister spends roughly the same amount on her clothing. She’s had some adorable sweaters that run as little as $25 and some pricier outfits that have been upward of $600. For the royal children, it likely depends on appearance and comfort more than cost.

His mom spends plenty more on her wardrobe

One woman who doesn’t skimp on her wardrobe cost is George’s mom, Kate. It’s hard to know the exact cost of Kate’s wardrobe, but according to some experts, the Duchess of Cambridge spent somewhere around $160,000 on her clothing in 2017. Despite repeating outfits and wearing occasional “budget-friendly” dresses that cost under $1,000, the mother of three still treats herself when it comes to some of her best looks. As for George, his parents don’t necessarily spare any expense, but not everything he wears is completely overpriced.