MANY would have predicted that Erling Haaland (£7m) would emerge from the opening round of fixtures as Dream Team’s top points scorer.

The Norwegian striker lived up to the hype in his competitive debut for Manchester City with a brace at West Ham to bank 18 points.

A less predictable success story for Game Week 1 was that of Aleksandar Mitrovic (£3.5m) who also scooped 18 points.

The Serbian target man has a reputation as a player who dominates the Championship but fails to cut it in the Premier League.

Not only that, the 27-year-old started the new campaign with one of the most difficult fixtures possible in the form of Liverpool.

However, Mitrovic not only stuck two fingers up to his doubters by bagging a top-flight brace, he did so while giving none other than Virgil van Dijk (£6m) a torrid time.

IT’S NOT TOO LATE, YOU CAN STILL PLAY DREAM TEAM THIS SEASON – COMPETE FOR MONTHLY PRIZES AS WELL AS THE £100,000 PRIZE POT!

The Reds’ imperious Dutchman looked utterly flabbergasted after giving away a penalty at Craven Cottage, second only to his bemusement at being deceived by a Cryuff turn performed by the Cottagers’ No9.

Mitrovic wisely picked on a smaller opponent to score his first goal, eating Trent Alexander-Arnold (£6.5m) alive at the back post to crash home a trademark header.

He scooped the Star Man award, thoroughly deserved, to deliver a massive haul for the 2.6% of Dream Team gaffers currently backing him – kudos to that bold minority!

It would be foolish to get carried away after one weekend but if Mitrovic is to closely resemble the free-scoring version of himself we see in the second tier this term then his ownership will skyrocket in double quick time. 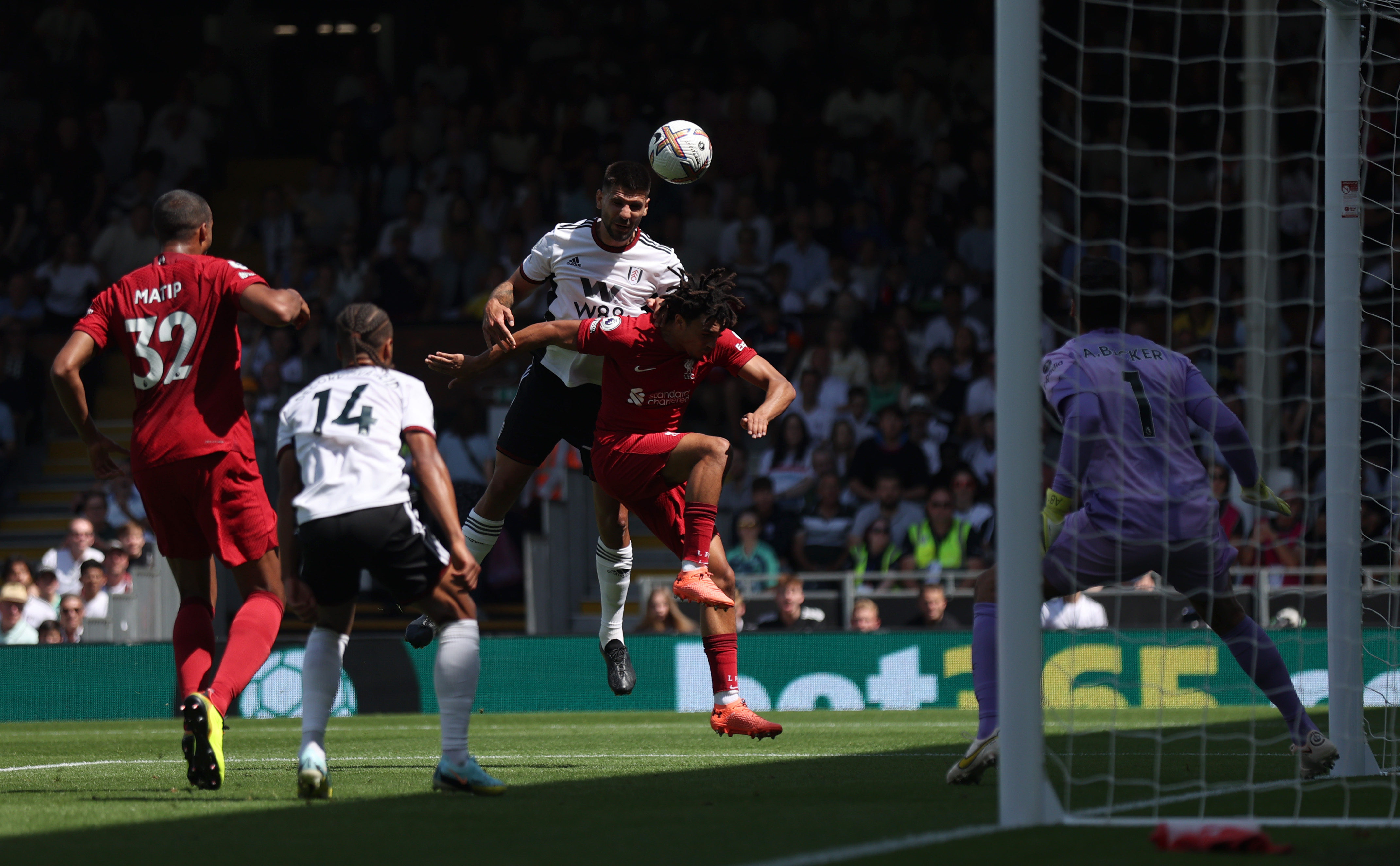 It’s no secret that the former Newcastle forward occasionally struggles to maintain peak physical condition but on Saturday’s evidence he has resisted a summer splurge and looks in great shape.

Nobody is expecting him to score 43 goals as he did last season but having bagged two against tough opposition, suddenly a tally of 15+ goals looks very achievable – a total that would translate into exceedingly healthy Dream Team returns.

A few Dream Team managers may be tempted to use one of their five transfers to bring Mitrovic into their XI before he’s unleashed upon Bruno Lage’s side, who began their season with a 2-1 defeat to Leeds.