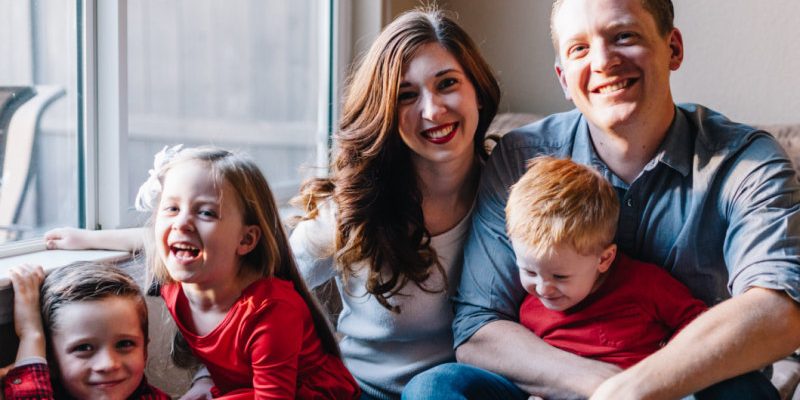 One Mother's Day, Gemma Hartley asked her husband to book a professional cleaner for their bathroom, although she had no particular desire for a sparkling shower.

"The real gift I wanted was to be relieved of the emotional labour of a single task that had been nagging at the back of my mind," she wrote later in Harper's Bazaar. "The clean house would simply be a bonus." 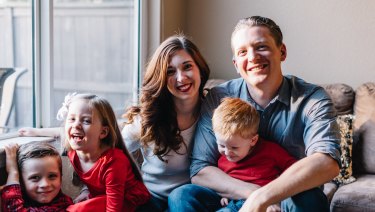 Gemma Hartley with her husband, Rob, and their three children.Credit:Focus In Photography

In that essay, published in 2017 and since shared over a million times online, Hartley described emotional labour as the "unpaid job most men don't understand".

"When I'm talking about emotional labour it's both the mental work and the emotion work, putting up a front to keep everyone happy," she says on the phone from her home in Reno, Nevada, where she lives with her husband and three children. 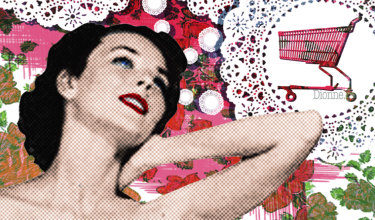 It is used to refer to extra, unpaid jobs that women undertake in heterosexual partnerships even if they have full-time paid work: remembering appointments, providing compassion, and being ultimately responsible for a functioning home life.

The trouble is, that is not actually what emotional labour means.

The term "emotional labour" was first coined by US sociologist Arlie Russell Hochschild in her 1983 book, The Managed Heart, to refer to the emotional component of performing paid work. In one example Hochschild presents, an air hostess performs emotional labour when she manages her personal fear during an emergency in order to perform her professional role of keeping customers calm.

However, in recent years the term has been redefined as a catch-all for gendered labour inequality, particularly in domestic partnerships.

In November last year, Hochschild, 79, told US magazine The Atlantic she was "horrified" by this trend. "We’re trying to have an important conversation but having it in a very hazy way, working with [a] blunt concept," she said, noting she would not describe "unseen" tasks like remembering birthdays or organising a cleaner as emotional labour.

"The lines between emotional labour and 'invisible labour' have blurred," says Dr Hannah McCann, a lecturer in cultural studies at the University of Melbourne. Now, she says, emotional labour is "shorthand for any work that women do that is ephemeral and not explicitly valued".

When asked about her contribution to emotional labour's redefinition (which is acknowledged as such in her book), Hartley reveals it was not intended. "When the Harper's piece came out, I didn't get to see the heading or the sub-head – writers don't really get to choose that – and they put 'emotional labour' on there, so that became the thing I was talking about," she says.

"It went so viral that when I spoke to my editor about it, we decided we were going to expand the terminology rather than go with 'invisible labour', which I thought was more of a succinct term."

McCann says the interest in the new version of emotional labour says something about how women are feeling about the state of their world. "The 'emotional' is the realm that women are expected to inhabit, and as such women are often expected to not only manage their own emotions … but manage the emotional lifeworld’s of others," she says.

"When people use the term 'emotional labour' they don’t always mean it in Hochschild’s original way, but instead use it because it feels like it makes sense to sum up all of the invisible work that is expected to be done by women around emotions in general."

"Women are now expected to juggle successful jobs and successful households. So it seems very likely that they also engage in forms of emotional labour [at work] … to demonstrate how well they are coping with dual responsibilities across work and home."

It certainly is a juggle. Last year, the University of Melbourne and Melbourne Institute’s longitudinal HILDA survey found women are, on average, performing seven hours more housework each week than men. Even in households where women are the sole earner, they still perform 48.5 per cent of the housework, and provide roughly the same amount of childcare as their stay-at-home partner if they have children.

Based on current rates of improvement, the HILDA survey estimates it will take 30 years before men and women perform equal domestic duties in Australia.

It's both the mental work and the emotion work, putting up a front to keep everyone happy.

Hartley says she received emails from women "all around the world" after her essay was originally published, grateful to read an expression of something they had felt for so long.

Dr Leah Ruppanner, associate professor in sociology at the University of Melbourne, researches the division of labour in households and how it comes to exist.

Although the division is becoming more equal in heterosexual couples, she says this is not because men have dramatically lifted their game: professional cleaners are more commonplace, and working outside the home means women do not do as much housework as their mothers or grandmothers may have.

"The real narrowing of the gender gap in housework is that women do less," she says. "Homes are messier."

A common obstacle women can face when trying to raise concerns about the division of labour in the home is being made to feel like they care too much. But Hartley says this is rarely true, even if women are more likely to have been conditioned to tie their self-worth to their domestic life.

"When I was doing this research and looking at how women performed emotional labour, very few were ardent perfectionists. Women were describing what they had to do to keep the house in order, and keep everyone comfortable and happy; it was really a functional concern."

Then there is the pressure for women to be be grateful for what help the man provides.

Hochschild discusses this in terms of an "economy of gratitude": if labour is considered a woman's to perform, their partner gets brownie points for pitching in. In a paper published last year, Ruppanner reframes it as the cumulation and expenditure of "emotional capital".

"Imagine that emotional labour is the physical act of doing the work," she explains. "Emotional capital is banking the goodwill or benefit of that work to later utilise it to get something from your partner."

But Ruppanner suggests women in heterosexual relationships probably find the unseen hours that they spend performing domestic duties, exerting compassion and managing schedules are given less value than those spent by her partner when he does the same thing.

"Women can't use emotional capital in the same way that men can," she says of this lessened value. "It's really hard to cash it in."

For Hartley, who is travelling to Australia for the first time next month to speak at Sydney's All About Women festival, emotional labour is not a problem that can be fixed; it is a continual negotiation. In her book, she details how, even after her Harper's essay turned her into an ambassador for the cause, her husband struggled to understand the problem.

"Women know about this because they've been dealing with it their whole lives," she says. "Men haven't; it's very new to them."

However, she believes this new interest in emotion as work means times are, slowly, changing. "Over the past year or two, I think we're starting to say this is a part of having a progressive relationship, this is part of being an equal partner."

Gemma Hartley is a speaker at the All About Women festival on March 10. Her debut book, Fed Up: Navigating And Redefining Emotional Labour For Good, is out now (Hachette, $29.99).