On July 17, 2014, Malaysia Airlines Flight MH17 was on route from Amsterdam to Kuala Lumpur when it was shot down by what investigators say was a Russian-made missile, killing all 298 people on board. Now, a multi-national investigation is heading to trial in the Netherlands with the hope that the evidence, collected in the almost six years since the tragedy, will bring those responsible to justice.

60 Minutes correspondent Scott Pelley and producer Henry Schuster reported this week on the case of Flight MH17 and the evidence that led Dutch prosecutors to indict four men on 298 counts of murder. The police investigation, known as the Joint Investigative Team (JIT) was established after the shootdown and is led by Dutch police, assisted by Australia, Ukraine, Malaysia and Belgium. 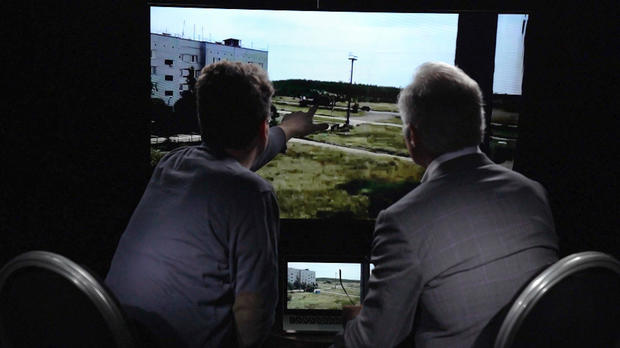 Some of the earliest evidence in the case of MH17 wasn’t discovered by a traditional investigative body. Instead, Bellingcat, an online investigative collective lead by Eliot Higgins, made a break in the case when it found videos and photos posted online, beginning the day of the shooting. Following a trail of digital “breadcrumbs,” the group spotted and identified a Russian Buk TELAR missile system on the back of a flatbed truck.

“In this war zone of eastern Ukraine, there were a lot of people, average civilians, who were shooting videos and stills of military convoys going back and forth,” Pelley tells 60 Minutes Overtime. “There were quite a number of photographs of this particular missile system which was on the bed of a flatbed truck.”

Bellingcat’s Higgins showed 60 Minutes how his investigative team used open-source tools, including Google Maps and Google Earth, and videos and photos posted online, to trace the missile system all the way back to its suspected origin, a Russian military base in Kursk.

Higgins says the Bellingcat team was able to identify a phone number on the side of the flatbed truck. The number belonged to a vehicle yard in the separatist-controlled part of eastern Ukraine. Higgins says, “In fact, people called that number up and asked the owner, ‘What’s going on? Why is your truck in this photograph?’ And he said his vehicle had been taken over by separatists some time earlier.” 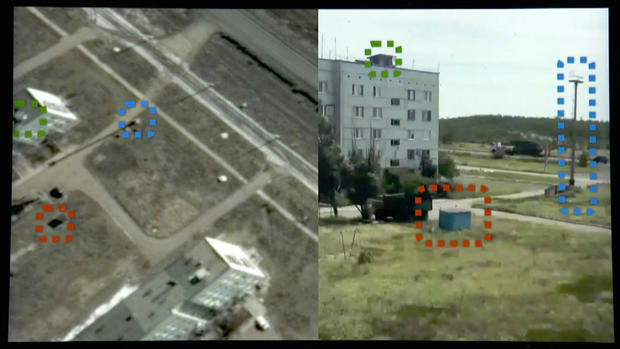 Bellingcat was also able to identify the location of the convoy by comparing images posted online to satellite imagery, in a process known as geolocation. Matching multiple unique objects in the images, Bellingcat’s team was able to determine a precise location for each image. The team used shadows in the images to determine the approximate time of day that the photo or video was taken. The trail led them all the way to Kursk, Russia.

“And in Kursk, there’s a missile brigade called the 53rd Air Defense Brigade, and we were able to establish for certain that the missile launcher came from that particular brigade,” Higgins says.

The JIT would later independently verify Bellingcat’s findings as part of its wider investigation that included not just open source material, but intercepted phone calls, eyewitnesses and forensics, including shrapnel from the Buk missile found in the bodies of MH-17’s flight crew.

60 Minutes has learned that Dutch investigators were also given access to top secret US spy satellite material, but on the condition that it only be used to verify other accounts. Because of its highly classified nature, the US material will not be presented as evidence in court.

Today, even as the first trial in the shootdown of MH17 gets underway, the joint investigation is still far from over-they recently released intercepted phone calls that mention the Russian defense minister, the deputy director of Russian intelligence, and a senior aide to Russian President Vladimir Putin. “We were doing a call for witnesses,” lead prosecutor Fred Westerbeke tells 60 Minutes. “Who can tell us more about [the] probable involvement of them and how this went about?

“Does this trail lead all the way back to the Kremlin?” Scott Pelley asks. “Can they make a case against any of these higher officials that are mentioned on these phone calls? We don’t know yet, but we do know that’s where the investigation is headed.”