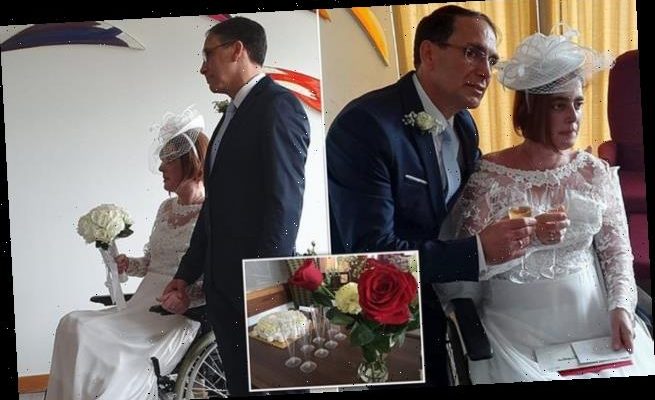 ‘Everything went perfectly:’ Woman with a terminal illness reveals she married her childhood sweetheart with the help of the staff at her hospice

A woman with a terminal illness married her childhood sweetheart with the help of the staff at her hospice.

Margarida and Paulo, who did not wish to give their surnames, originally met and dated as teenagers in Madeira, Portugal, where they are from.

However, the couple drifted apart and were only reunited when they met again in London years later.

When Margarida’s illness meant she had to move into the Marie Curie Hospice in Hampstead earlier this month, the couple decided to marry, setting the date for October 27. 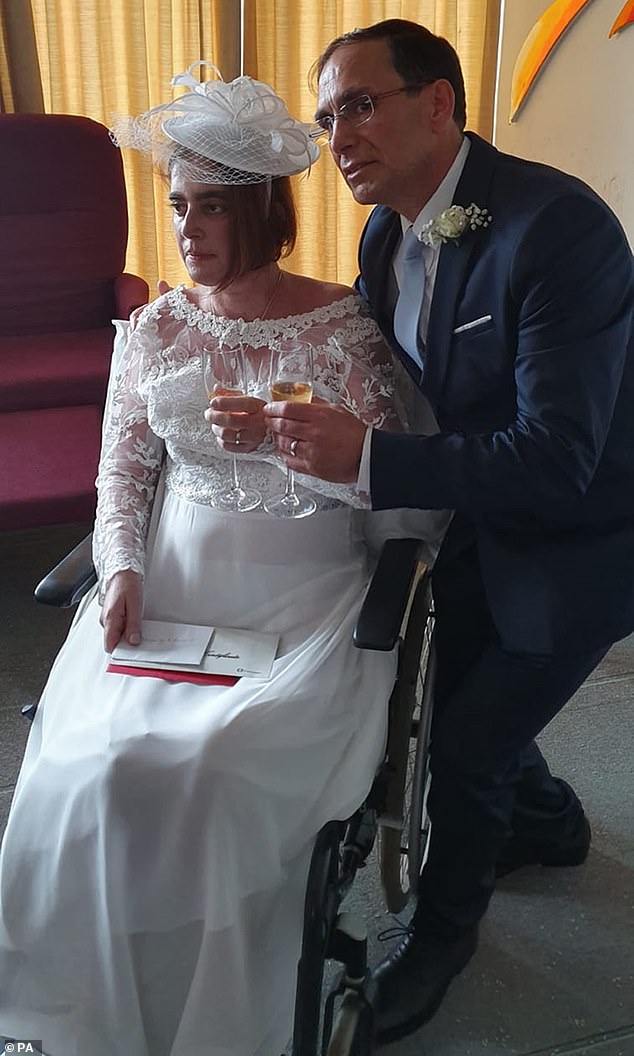 Margarida and Paulo met when they were teenagers in Madeira, Portugal, where they are from, and drifted apart before being reunited years later. Pictured, the happy couple on their wedding day 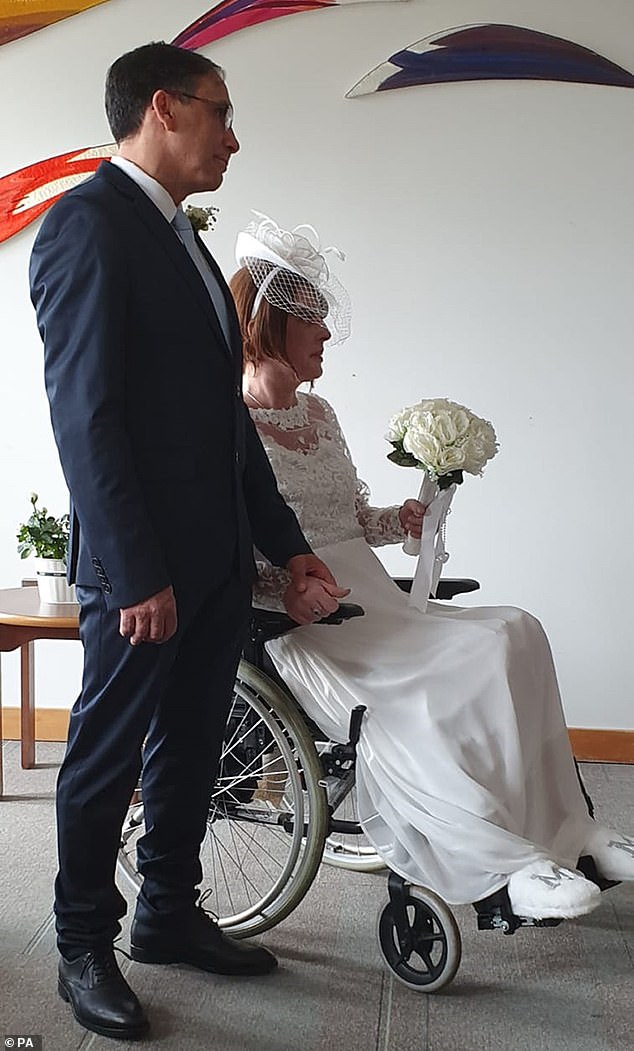 They met up again in London and when Margarida was forced to move into the Marie Curie Hospice in Hampstead earlier this month, they decided to set a date for October 27. Pictured: The couple saying their vows at the hospice

Staff helped with preparations, doing Margarida’s hair and nails, while Paulo sourced her dress for the wedding.

The couple exchanged vows in the hospice’s lounge, which boasted spectacular views over London.

‘It was an amazing day,’ explained Margarida. ‘Everything went perfectly.’

To make the day even more special, one of the couple’s eight guests baked a cake for the occasion. 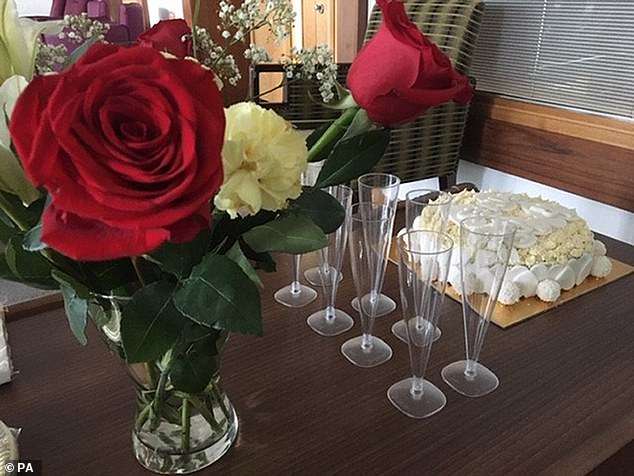 Staff at the hospice organised the couple’s special day, getting them a cake and flowers as well as doing Margarida’s hair and make up while her new husband Paulo got her a dress

Margarida spent half an hour at the party in her wheelchair as guests tucked into pizza and drank champagne, before returning to her bed.

Glyn Thomas, senior social worker at the Marie Curie Hospice Hampstead, commented: ‘It was an honour to share Margarida and Paulo’s big day.

‘It was a privilege to be able to bring the whole hospice together in arranging this marriage in what are challenging and difficult times.

‘We were able to make this a memorable day for them whilst still adhering to all the rules around Covid-19.’