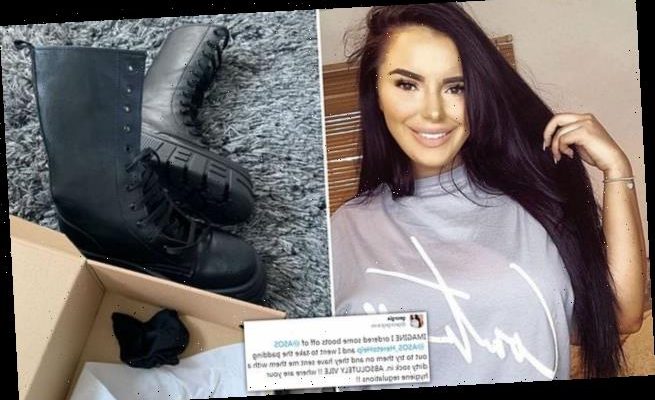 Boots NOT made for walking! ASOS customer is left outraged after finding a ‘dirty sock’ inside her brand new £45 footwear

An ASOS customer was left horrified after claiming she found a ‘dirty sock’ inside her brand new pair of £45 boots.

Fashion and beauty blogger, Georgia Grace, 22, from Watford, Hertfordshire, was shocked when she discovered a sock nestled inside the pair of chunky high lace-up black boots.

Shocked at the ‘gross delivery’, she tweeted pictures of her ASOS purchase to the online retailer.

Taking to Twitter, she wrote: ‘Imagine – I ordered some boots off of ASOS and I went to take the padding out to try them on and they have sent me them with a dirty sock in. Absolutely vile. 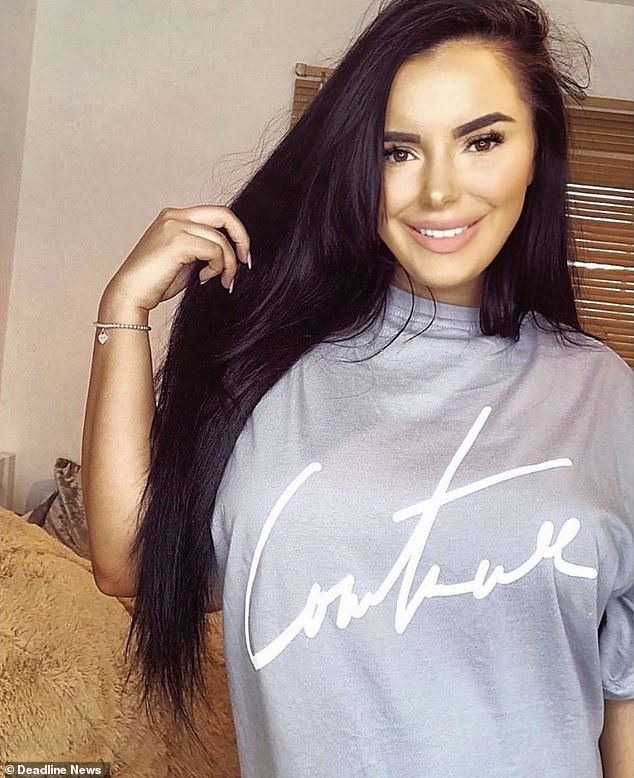 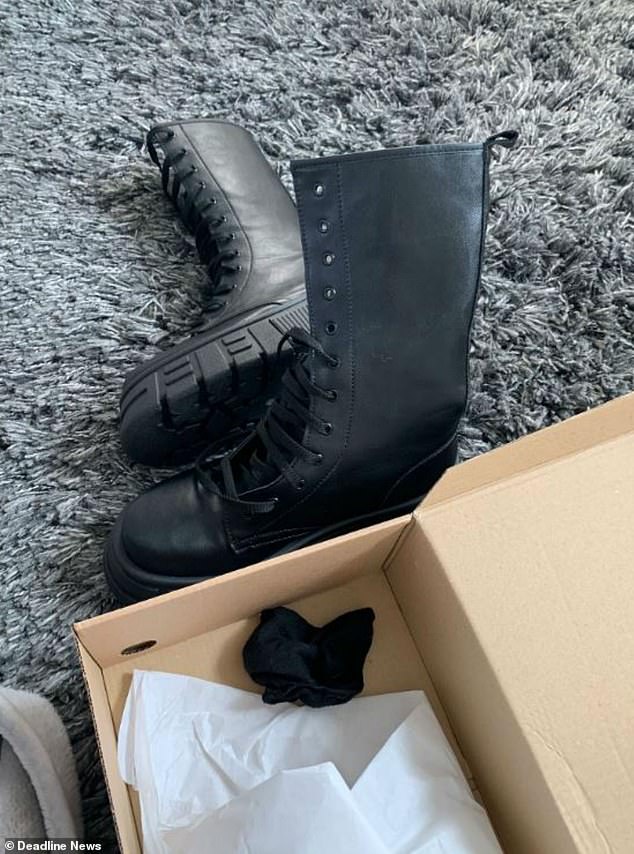 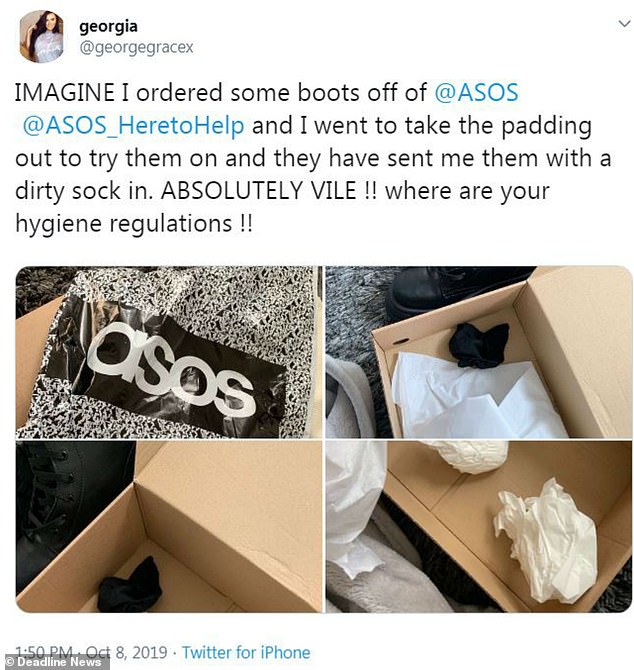 Georgia then took to Twitter to voice ehr anger and wrote: ‘I ordered some boots off of ASOS and I went to take the padding out to try them on and they have sent me them with a dirty sock in’

‘Where are your hygiene regulations?’

She later added: ‘I went on the online chat about it and they told me to send them back, no apology, nothing. So, so, so, so vile. Actually want to be sick.’

Georgia posted an image showing her ASOS parcel alongside one with the crumpled black sock next to the stuffing that she took out of the boots to try them on.

The fashion blogger claims she did not initially receive an apology and was simply told to return the shoes.

After calling the company she said she was given the explanation ‘our warehouse is busy’, and was again just told to send them back.

Speaking today, Georgia claimed she could tell the new boots ‘had been worn’ previously. 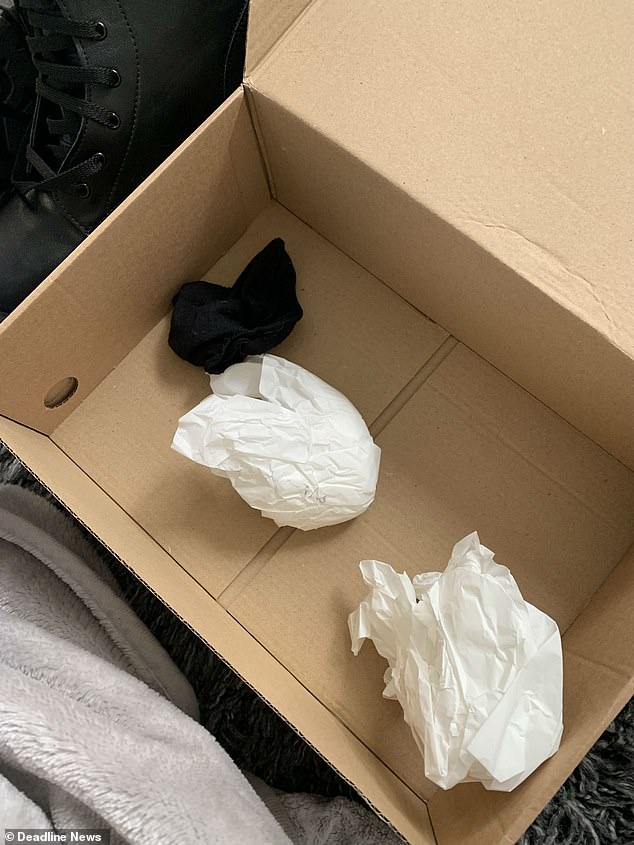 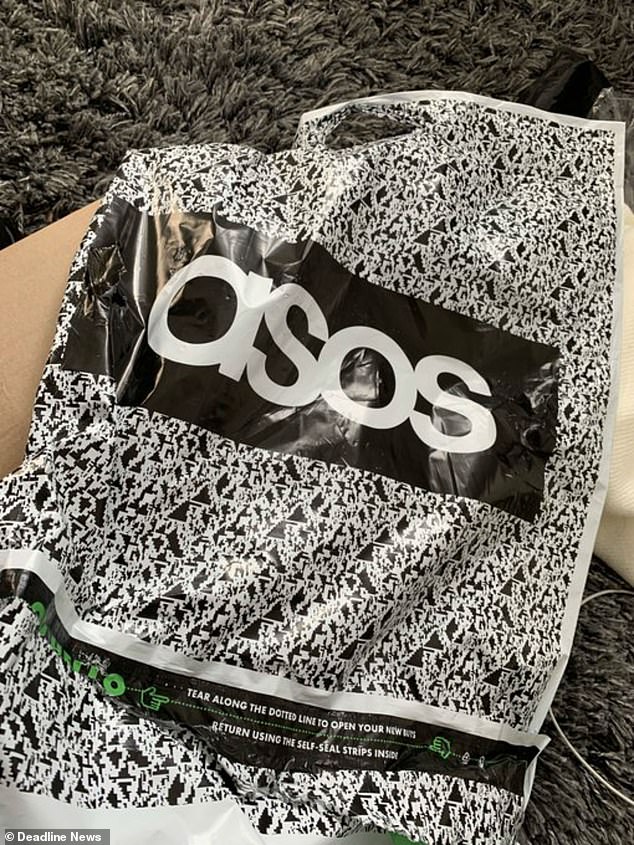 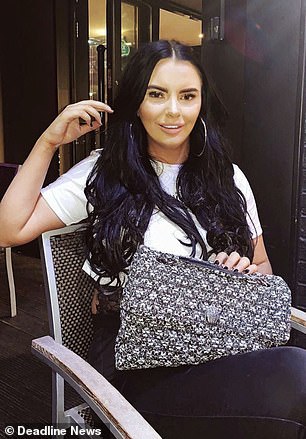 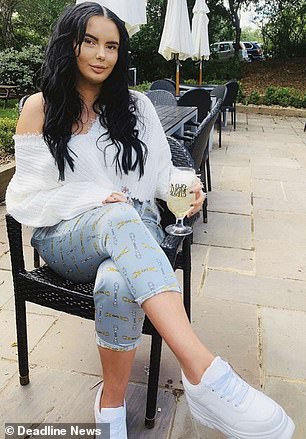 She said: ‘I was trying to find some boots for winter that were plain. So I ordered three pairs of boots, one pair didn’t come.

‘One pair was wrapped in plastic and the other which were tall black lace up boots weren’t.

‘I unlaced them and tried to pull out the stuff they put in it to stop them creasing at the bottom I pulled out a dirty black sock that someone had left in there.

‘You could tell that it had been worn.

‘I contacted ASOS first on a live chat and got no apology – they told me their warehouse is busy and I should send them back.

‘Then I called them and they just said sorry but that’s it. When I tried to say it wasn’t good enough on the chat, they just asked me, ‘is there anything else I can help you with? 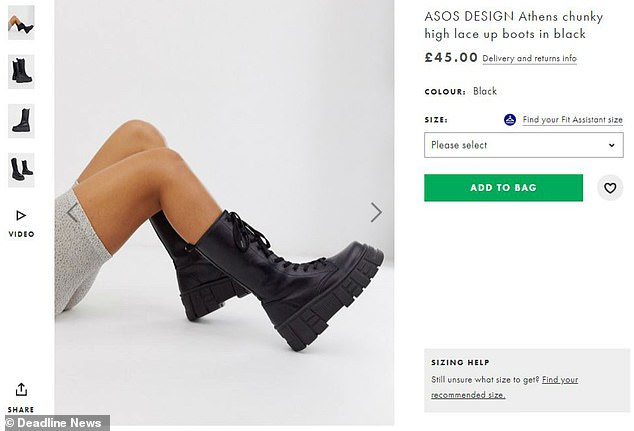 ‘I was so disgusted someone’s obviously worn these boots and they’ve not even checked what’s in them.

‘It’s so unhygienic, I was absolutely horrified. For them to not even apologise at first and then make excuses made it even worse.’

‘So I’ve boxed them up to send them back. I’m honestly still shocked, it was so gross.’