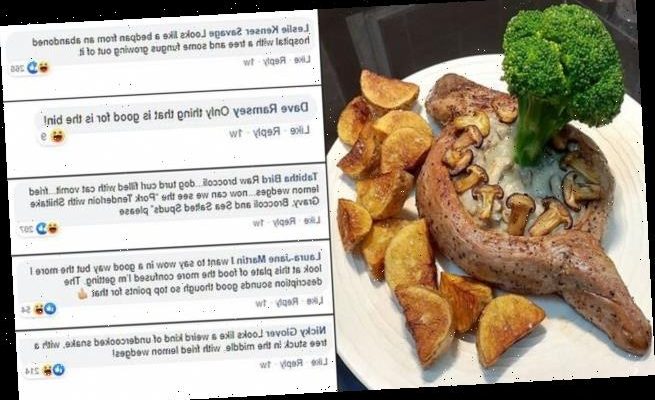 ‘Only good for the bin!’: Amateur chef is brutally trolled online after sharing a pork tenderloin dish which was likened to ‘dog turd filled with cat vomit’ and a hospital bedpan

An amateur chef has been trolled on social media after posting a picture of their pork tenderloin dish which was compared to a hospital bedpan.

The unfortunate meal was shared on the Rate My Plate Facebook page which showcases dishes that home cooks share to receive reviews from foodie fans and has more than 500,000 members.

One submission, by Harri H, believed to be from the UK, was quickly set upon by food enthusiasts who weren’t impressed by the offering. 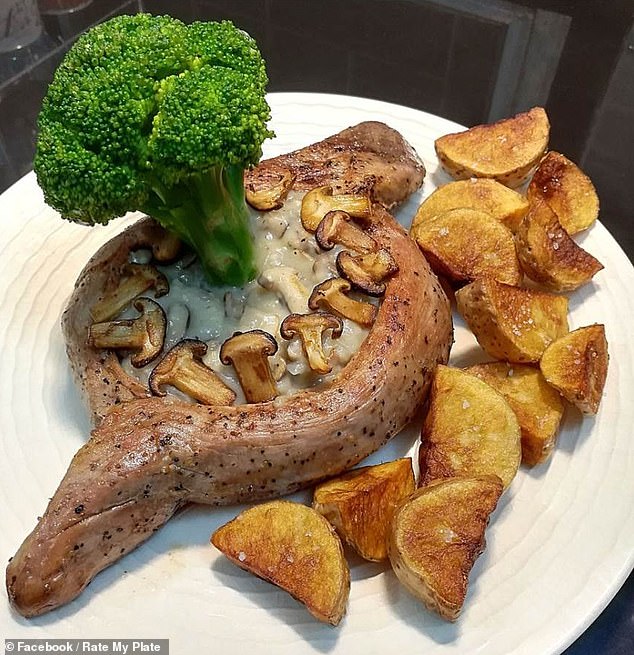 The description of pork tenderloin with shiitake gravy, broccoli and sea salted spuds sounded mouthwatering to fans – until they saw the accompanying photo.

More than 5,700 people commented on the dish, with most of them brutally critiquing the meal.

One person said: ‘Looks like a bedpan from an abandoned hospital with a tree and some fungus growing out of it.’

People commented on the post and compared it to a bedpan from an abandoned hospital, while others said the dish looked like an under-cooked snake served with fried lemon wedges

A third person said that the pork tenderloin looked more like an under-cooked snake served alongside fried lemon wedges.

Meanwhile others suggested that the dish actually seemed to get worse the more that they looked at it.

Harri H’s dish was originally shared on the Facebook page on November 6.