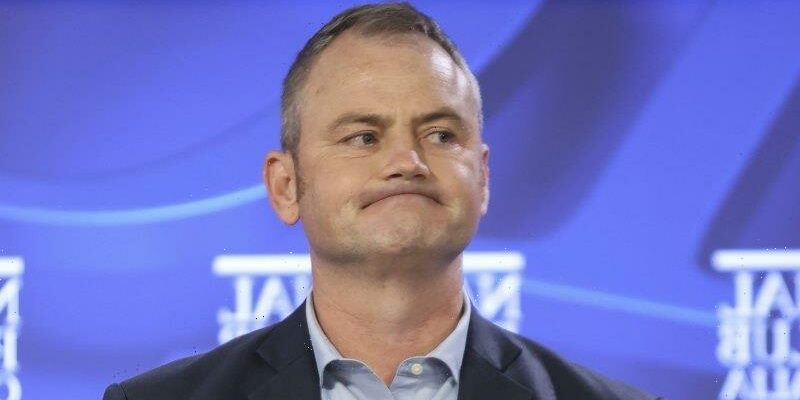 Climate change activist Simon Holmes a Court has launched a defamation action against the Daily Telegraph and the Daily Mail and is considering suing Liberal MP Dave Sharma, who accused the wealthy backer of independent candidates of using a “sickening” Holocaust slur.

The convenor of the Climate 200 fundraising vehicle accused the Wentworth MP of fake claims of anti-Semitism to win the votes of members of the large Jewish population in his at-risk seat. 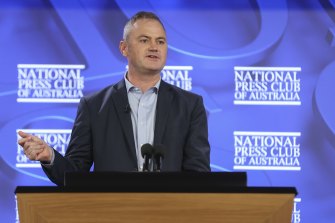 The dispute centres on a tweet published by Holmes a Court on Tuesday morning.

Anticipating John Howard’s arrival in Melbourne to campaign in the seat of Kooyong, Holmes a Court outlined the former prime minister’s record on climate change and referred to him as the “angel of death”.

This was the nickname of Nazi officer and physician Josef Mengele, who performed deadly experiments on Jewish prisoners at Auschwitz.

“This is an offensive slur and Mr Holmes a Court must immediately apologise,” Sharma said in the Daily Telegraph, whose political editor James Morrow also published a story about it.

Holmes a Court said his lawyers had sent a defamation concerns notice to Daily Mail Australia and the Daily Telegraph and was considering his options regarding Sharma.

Holmes a Court, who has Jewish ancestry, said he was vaguely aware that people in history, including Mengele, had been nicknamed the “angel of death”. This was not part of his thinking when he used the term, he argued.

Rather, he claimed he was referring to a quote from an unnamed Liberal figure in a recent story in the Saturday Paper.

“I look at John Howard as the angel of death,” the Liberal Party figure said when explaining why Howard campaigned in a seat where Liberals were at risk of losing. “You don’t send John Howard somewhere you don’t need him.”

Holmes a Court says he echoed the intent of this usage. He insisted he was suggesting Howard only appeared in seats where Liberal candidates fear political death.

“Of course I do not think John Howard is comparable in any way with the perpetrators of the Holocaust. To make such an inference is offensive and wrong,” he said.

“This election has seen a spate of false claims of anti-Semitism manufactured for political gain.”

“From my perspective, not only does this devalue the memory of the historical atrocities, it also lessens the power of calling out real and dangerous anti-Semitism – which is frighteningly on the rise in Australia.”

Holmes a Court said he used the term in its biblical and pop-cultural context. “There can be no other inference,” he said.

A Wikipedia page for the term “angel of death” lists 34 actual or fictional individuals with the moniker. There are also songs and books that use the name. The Book of Exodus refers to an “angel that brings death” in the Passover story.

Alex Ryvchin, author and co-chief executive of the Executive Council of Australian Jewry, acknowledged the “angel of death” exists in the Bible and was used in pop culture to mean different things.

“It’s not solely associated with Joseph Mengele … and if [Holmes a Court] says he was not associating Howard and Mengele, then I am satisfied with that,” he said.

However, Ryvchin said it was “extreme and inflammatory” to label a former prime minister an “angel of death”, regardless of the intent, and argued public figures should exercise moderation when they speak publicly.

He stressed that for people with personal connections to the Holocaust, any use of the term would likely invoke memories of atrocities.

Dvir Abramovich, chair of the Anti-Defamation Commission, said he could not know what Holmes a Court’s intent was.

“But I sure know what its effect is. I have spoken out against the manipulation and distortion of the Holocaust for political aims in the past and have registered my disgust at the use of Nazi analogies,” he said.

“I hope that Simon Holmes a Court reflects on the historical context of this tweet and the pain it may have caused to Holocaust survivors.”

The office of Treasurer Josh Frydenberg, who has passionately called out anti-Semitism, declined to comment on Holmes a Court’s language, which represents the latest flare-up in a uniquely bitter political contest.

Frydenberg and Holmes a Court have had a long personal history. The Treasurer has described the activist as a “strange cat”, while Holmes a Court, who lives a few minutes from Frydenberg in Hawthorn, said “Josh can f— off” in a story in April.

The Liberal Party on Wednesday released footage of Holmes a Court in a heated discussion with senator Jane Hume at Kooyong’s early voting centre. Holmes a Court is suing Hume for claiming he wields influence over the 21 teal independent candidates that his fundraising vehicle, which he contributes money to, donates to.

“You are the son of Australia’s first billionaire. You are suing me for defamation. Please leave me alone,” Hume says in the video.

Holmes a Court then turns to Frydenberg who appears to be filming the conversation. “I agree with everything she says,” the Treasurer tells Holmes a Court.

“You agree with her lies? Would you like to repeat her lies?” Holmes a Court says before walking away.

Sharma’s office and News Corporation (which owns the Daily Telegraph) were contacted for comment. The Daily Mail declined to comment.

On Wednesday evening Holmes a Court tweeted that he was “not a litigious person” and would not proceed with the legal action if the articles were “promptly taken down and fulsome apologies issued”.