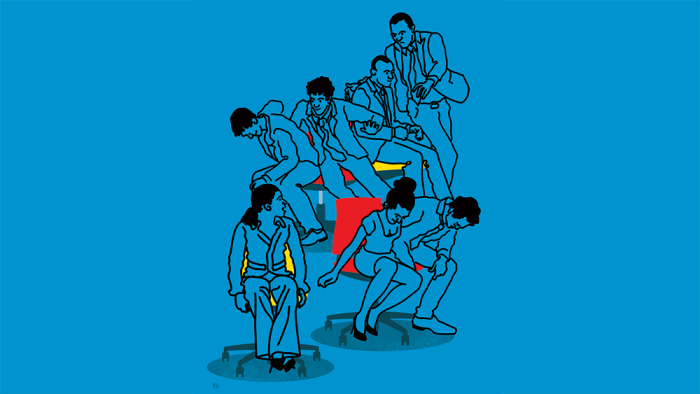 When NBC Entertainment chairman Bob Greenblatt said goodbye to his job in September after eight years, he became a free agent just when the largest players in media were taking a hard look at their management ranks.

At the time, a top TV producer dubbed Greenblatt a “lethal weapon” that could be drawn by any number of media and tech giants looking to shake up their leadership status quo.

For weeks, there were rumblings about the former head of NBC and Showtime moving into a plum post at Apple, or taking the helm of CBS Corp., or replacing Richard Plepler at the top of HBO. On March 4, Greenblatt landed as chairman of WarnerMedia Entertainment and Direct to Consumer, overseeing HBO, TNT, TBS, TruTV and WarnerMedia’s nascent streaming services. WarnerMedia’s parent company, AT&T, accelerated the pace of a restructuring that had already been contemplated in order to craft a portfolio for Greenblatt that was bigger than the industry rumor mill envisioned.

Greenblatt’s arrival — and Plepler’s departure after 27 years with HBO — marks the latest round of high-level executive musical chairs that has rattled the industry over the past 18 months. Whether it’s Greenblatt at WarnerMedia, Peter Rice and Dana Walden moving to Disney, Jennifer Salke at Amazon, Channing Dungey at Netflix or Charlie Collier at Fox Corp., an unprecedented number of prominent senior managers have changed jobs in a short period of time. That amounts to a clutch of hard-charging executives being unleashed with money to spend, mountains to climb and a lot to prove, to themselves and to their once and future colleagues in a highly competitive, shifting landscape.

“We’re living through an extraordinary time. We’ve never seen anything like this in terms of the disruption that is going on,” says Stuart Sucherman, chairman of Sucherman Group, an executive placement firm. “The fact that people are moving around and jobs are changing is a result of all that turmoil.”

Top jobs are opening up because the largest media and entertainment firms are under pressure to reinvent a big chunk of their businesses for the streaming era. Disney, WarnerMedia and NBCUniversal are taking a big swing to follow Netflix into the direct-to-consumer streaming market with ambitious services planned for launch later this year and in 2020.

Netflix is aiming to augment its programming operations by recruiting executives such as former ABC Entertainment president Dungey to help manage the ballooning roster of creative talent under its roof. Dungey was replaced at ABC by Karey Burke, the former Freeform programming chief who was handpicked by Walden in November to become her top lieutenant at ABC.

At Apple, Sony Pictures TV alums Zack Van Amburg and Jamie Erlicht are getting close to unveiling some of their handiwork after nearly two years of stealth efforts to build a roster of shows to lead the device giant into the streaming arena. Erlicht and Van Amburg recruited a slew of seasoned executives from various shops to build out the operation they began assembling in June 2017.

Amazon went through a lengthy search before selecting Greenblatt’s former No. 2 at NBC, Salke, in February 2018, to lead its film and TV efforts. Salke too has enlisted numerous network and studio veterans to her team. She left NBCU after feeling less than appreciated for her contributions to the revival of NBC’s mothership network. Greenblatt also resigned from NBC in part because he couldn’t come to terms with Burke on expanding his responsibilities. There is little doubt that Greenblatt has every motivation to prove his mettle as a manager and programmer in his new role.

A few months after Greenblatt left, NBCU unveiled a massive restructuring that saw NBC Broadcasting chief Mark Lazarus and Universal Studios chief Jeff Shell divvy up most of the company.

The pool of contenders for high-ranking jobs tends to revolve around a relatively small number of what some might call “the usual suspects.” But it takes a distinct personality type to aspire to leadership roles where so much is on the line.

“These are people who are highly driven, and to a large degree they define themselves by the work,” says Preston Beckman, a network TV veteran who headed scheduling for NBC and Fox during his 35-year career in TV. “They define themselves by where they are in the pecking order. It’s a group that gets smaller as you go up the food chain. These are people who say, ‘I will sacrifice everything’ to be in this [top job].”

A common thread among most of the executives on the move is that they all come to new jobs with broadcast TV backgrounds. That means they’re trained to deal with decision-making that happens at a fast pace, and with the strong potential for a big public flop or controversy always lurking around the corner. Beckman sees this executive trend as a sign that the next wave of original content for streaming is likely to lean more toward popcorn fare than art-house esoterica.

“You’re seeing some of these streaming services are saying, ‘We have to get in to get some big broad-appeal programming.’ They see the data. They know they can’t rely on these itty-bitty niche shows,” Beckman says. “Bringing in people from the world of broadcasting is bringing in people who know how to develop broad, successful shows and manage them at volume.”

Another factor simply comes down to experience. The execs switching jobs are largely in their late-40s to mid-50s. Many of them have come up the ranks in the industry as co-workers or friends. They’ve put in their time and are ready to advance to a higher pedestal of authority and responsibility.

“These are really, really tough jobs,” says Sucherman. “You need someone who’s had a lot of experience with success and with failure.” He is quick to add that a frustration for companies in recruiting is the lack of gender, racial and ethnic diversity among candidates with the qualifications and relevant experience to run risky ventures.

“We should have more diversity in the types of people who would be picking television programs and movies. And companies are aware of that,” Sucherman says.

The volume of shuffling raises the stakes of the business ventures in play, which have already heightened the level of competition among TV’s top ranks. Most of the executives who have ascended to new heights have competed against their counterparts at rival companies for years. There’s a history there that will only add to the overall competitive fervor as Disney and others barrel into new markets.

The typical scramble to lock up hot projects and marquee creative names has become even more cutthroat than usual as newly appointed executives try to make a splash. That’s great news for talent reps.

“Everybody’s just going for it,” says a top literary agent. “You can’t believe the kind of offers that are being made. There’s a lot of fear of losing out.”

The present climate is a heady cocktail of fear and ambition. There will be no shortage of opportunities for innovation and creative boundary-pushing in the coming years as Big Media invests in building new pathways to make pictures fly through the air to screens of all sizes around the world.

Hence, it’s the alpha executives who are most eager to seize this unsettled moment.

“It’s not just that things are changing,” Sucherman says. “It’s the pace of that change that makes it so hard.”