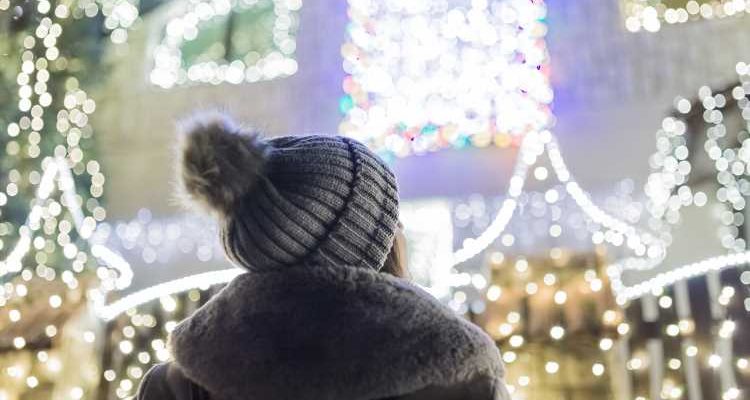 Voting has officially ended, and the winner of the Denver Post’s 2020 Holiday Lights competition is … the Godek Family Christmas Display at 21580 Orleans Circle in Commerce City!

“It’s awesome that we won,” Toby Godek wrote to The Post. “We have tried three times to get first but always came in second! Feels great to finally get first. We just want to thank everyone for the support this year!”

Godek said he’s been decorating his house for five years now. It took him roughly 40 hours to put up the lights. He guessed that five of those hours were solely spent on organizing where each light strand needed to go.

As part of their decorations, the Godeks hosted a fundraiser for the Wounded Warrior Project, which supports homeless veterans. Participants donated $1 to guess how many lights were used in the display. The fundraiser lasts through Christmas. If you want to enter, submit your guesses at dpo.st/godekchristmasdisplay. Donations can be given here: dpo.st/homelessveterans.

Godek will receive a $250 gift card from our sponsors, your local Ace Hardware.

The race for runner-up was tight, with Onstott Christmas Extravaganza at 10046 Fraser St. in Commerce City and The Stricker’s Winter Wonderland at 6636 S. Lafayette St. in Centennial neck and neck. In the end, the Onstott family took home second, and the Stricker family came in third. They will be getting $150 and $100 gift cards, respectively.

It was the Onstott family’s ninth year sharing their North Pole-themed display, which includes a light show and pyrotechnics. Their display features a 16-foot-tall Santa and mega-tree, a glass ice castle, four fire cannons, a flowing light river and a mailbox where kids can drop of their letters to Santa (and even get a response).

The Stricker house similarly offers an LED display, as well as Santa and his sleigh. Look out for the Grinch! You also can watch Santa’s elves at work and listen to St. Nick tell the story of “The Night Before Christmas.”

One of our staff’s favorites was Not the Greatest Light Show Ever, but It’s 2020.  Unfortunately, the first-time contender at 70 Sylvestor Place in Highlands Ranch did not garner enough votes to place.

“Well … I tried to spread some cheer,” Angela Frank wrote in her entry. “The light show is set up to music. I typically don’t do anything for Christmas, but I want to spread some joy and embarrass my teenagers. You’ll have to roll down your window to listen to the music because we are new to this whole Christmas cheer thing. I hope you enjoy.”

Want to check out the winning displays? Go online to see all of the entries, and build an interactive map at extras.denverpost.com/holiday-lights/index.html.

Subscribe to our weekly newsletter, In The Know, to get entertainment news sent straight to your inbox.