Call the fashion police! Hilarious snaps capture VERY bizarre style choices – from ‘hairy’ boxers to jeans that look like they’ve been through a shredder

We all have fashion mishaps from time to time, but these bizarre style choices will make you grateful for what’s in your wardrobe.

A hilarious gallery collated by LifestyleA2Z has revealed some of the most offensive fashion fails from across the globe.

From T-shirts with incorrect grammar to high heels emblazoned with googly eyes,  these pieces prove that some people need to seriously re-think their taste in clothing.

Among the treasure trove of faux pas are a pair of jeans sewed on top of a pair of jogging bottoms, a backless dress with a giant protruding zip and socks designed to look like your feet are exposed.

Here, FEMAIL reveals the toe-curling fashion fails which will leave you cringing. 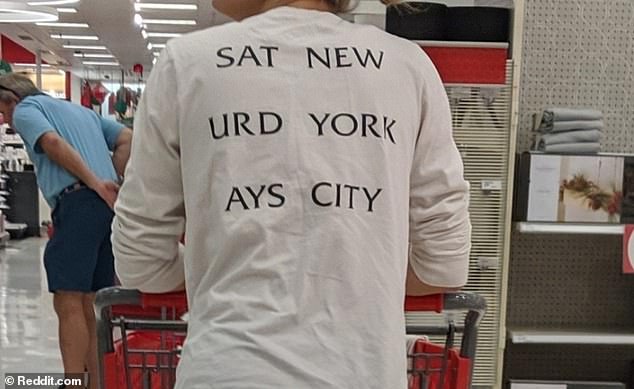 I don’t follow! The words ‘Saturdays’ and ‘New York City’ where written on this sweater from top to bottom rather than left to right 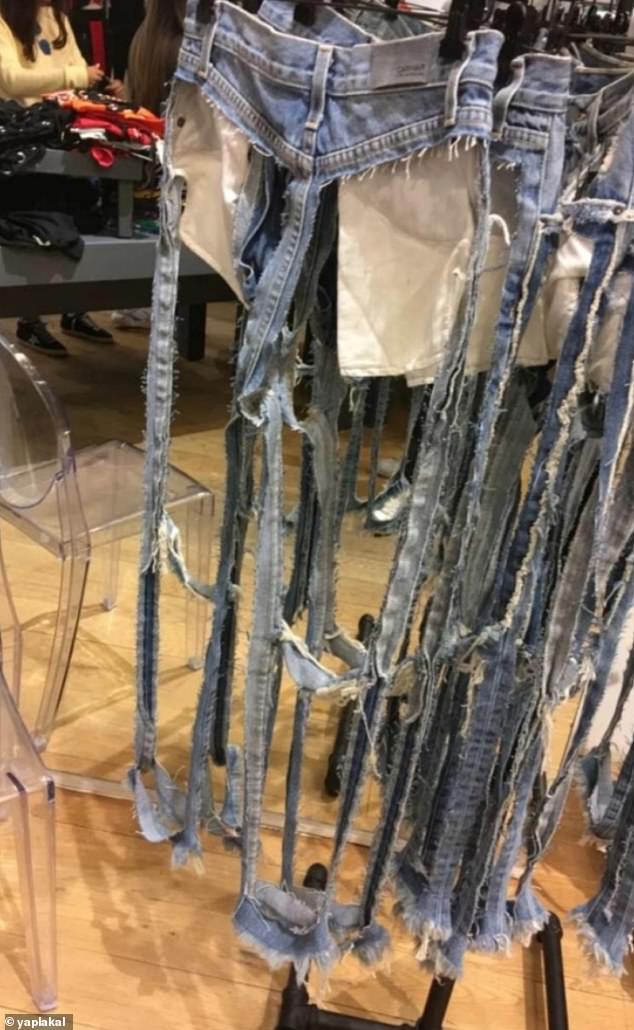 What a ripper! This Russian department store sold jeans so ripped there was barely any denim left 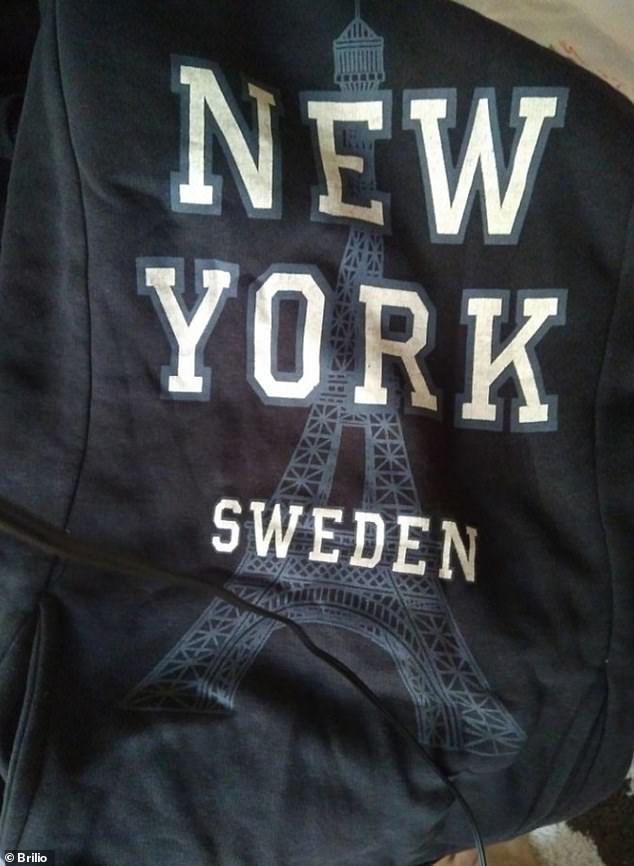 I’m lost! This hoodie features an image of the Eiffel Tower with the location marked New York, Sweden 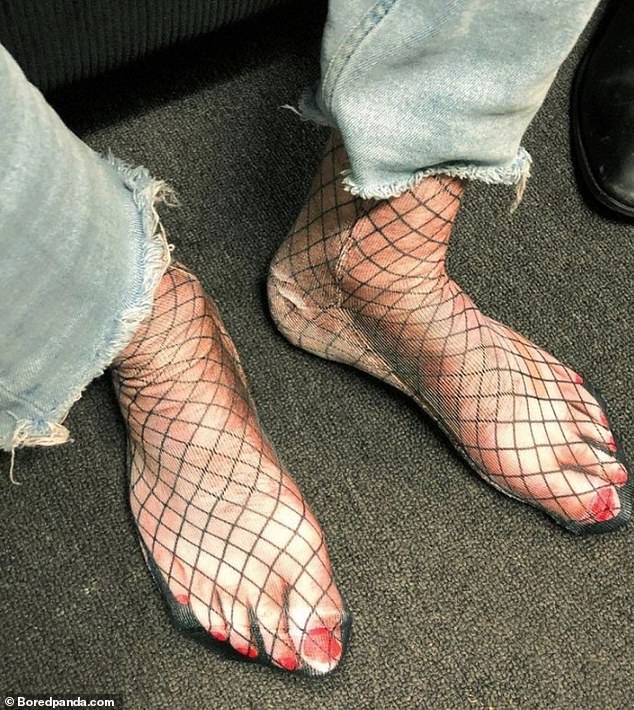 Toe-curling! These bizarre socks are designed to look like a pair of feet wearing fishnet tights 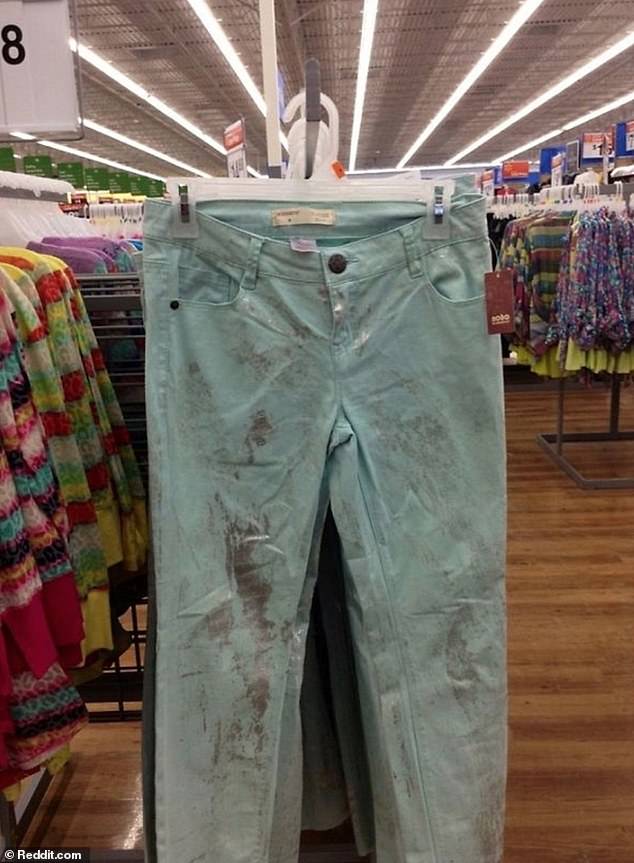 Dirt cheap! Distressed jeans have become more and more common for a casual look, but this pair found in a US supermarket took the trend way too far 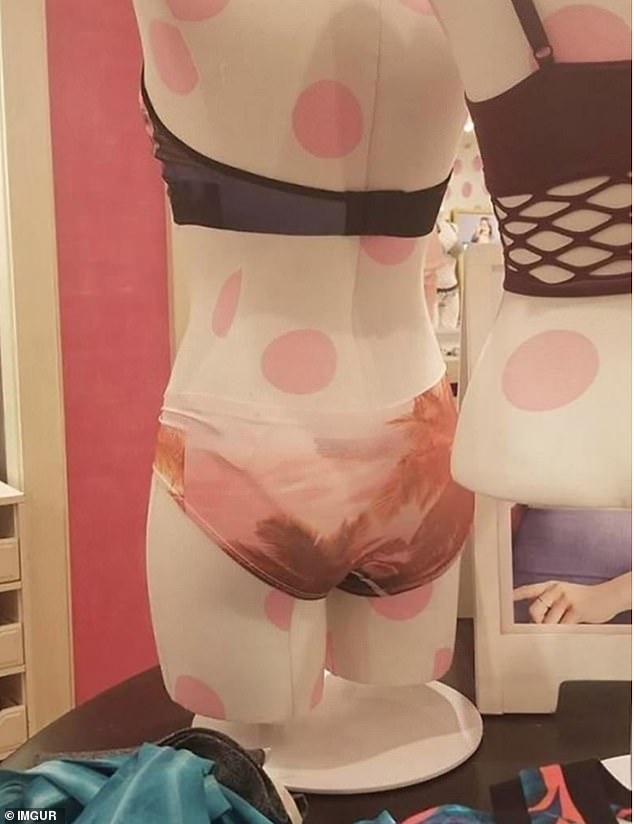 Leaf those on the shelf! This unfortunate underwear design includes dark pictures of palm trees on the buttock area 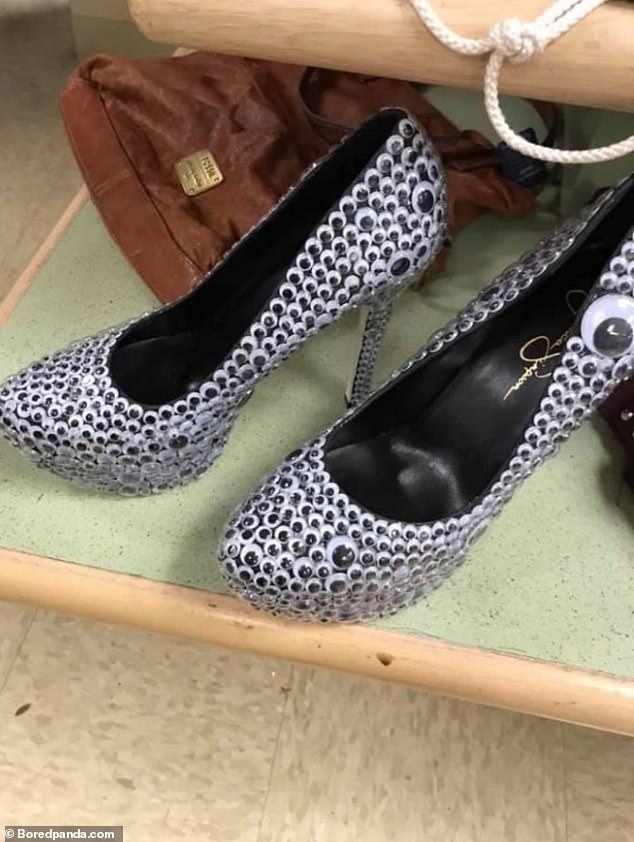 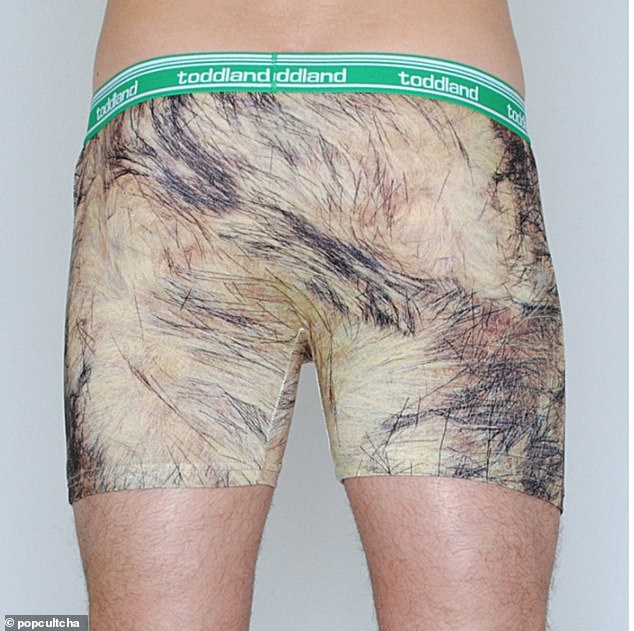 Hair-raising! This Australian department store sold boxer shorts which appeared to have hair all over them 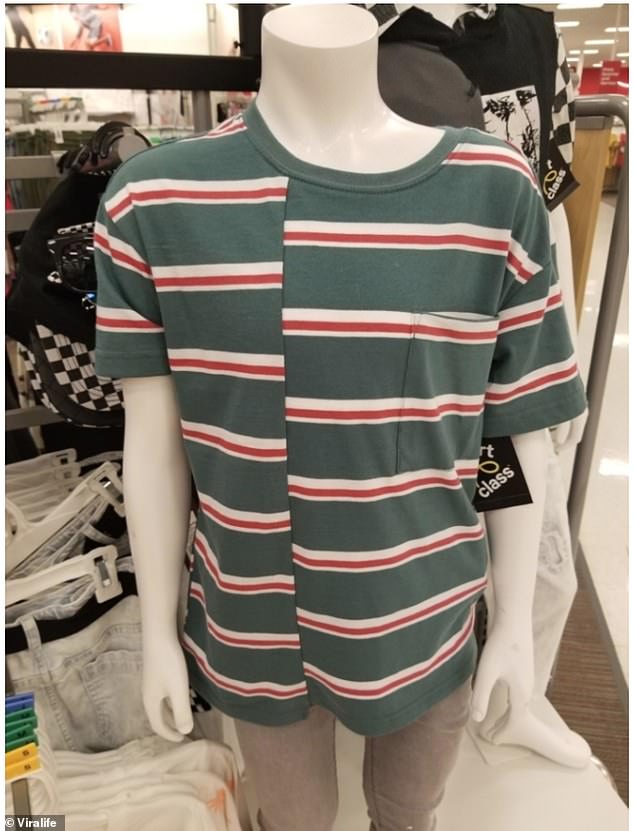 Stitched up! This stripped shirt sold in a department store has a seam running down the front of it, meaning the pattern doesn’t match up 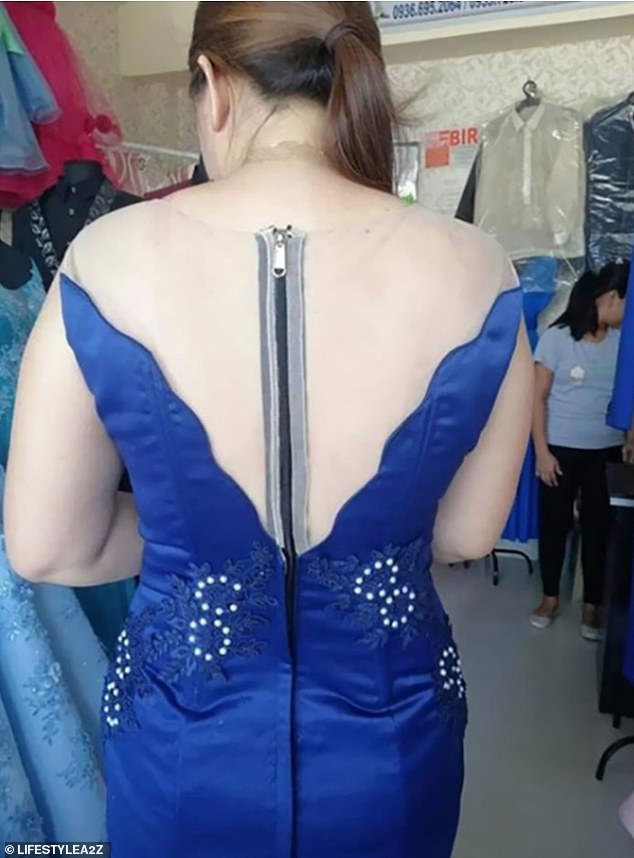 Dress to impress! This ‘backless’ dress has a thick zip running all the way along the opaque fabric at the back 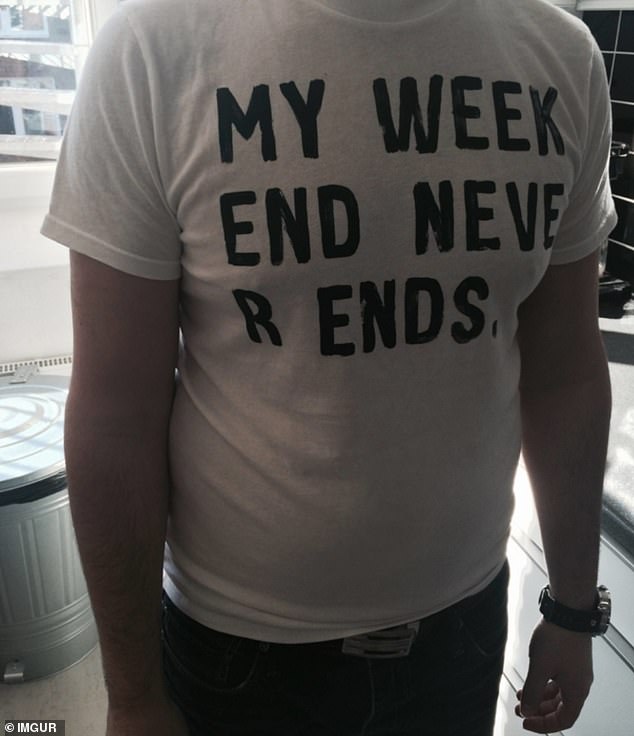 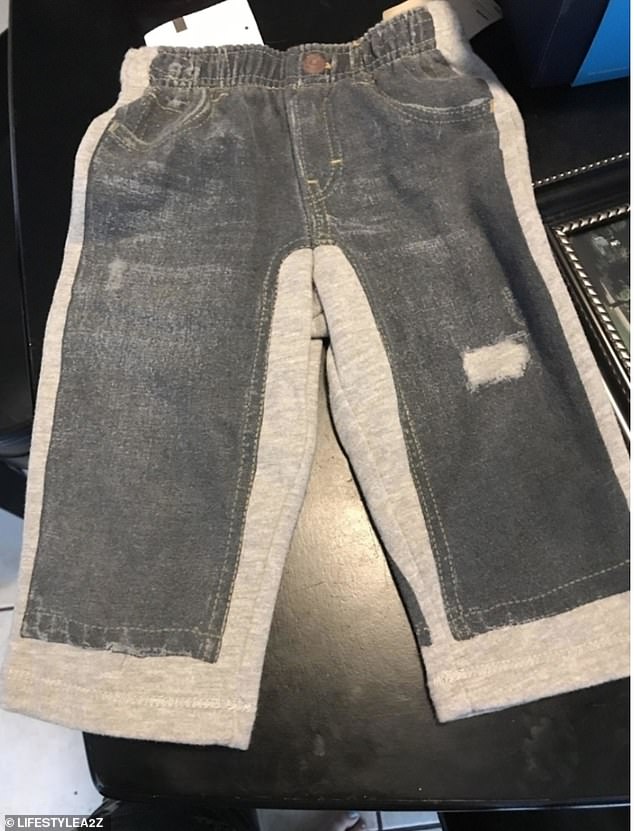 Two for the price of one! For some reason this shop was selling jeans sewed onto a pair of jogging bottoms 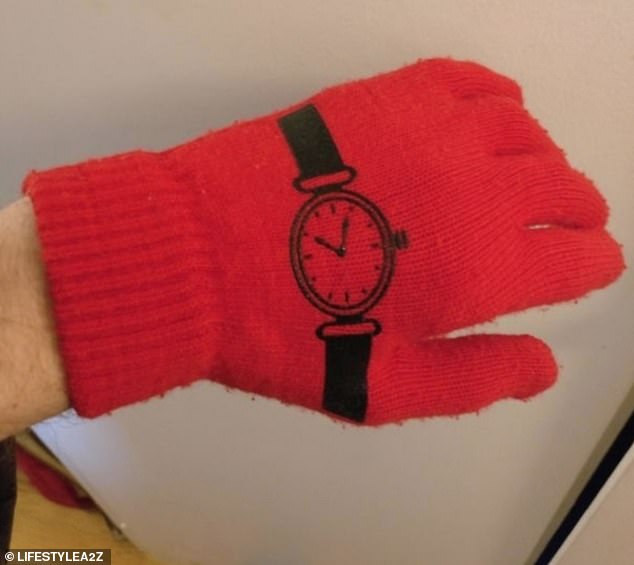 Time to take off those gloves! If it wasn’t enough these gloves have an image of a fake watch on them, for some reason the design is placed closer to the knuckles than the wrist