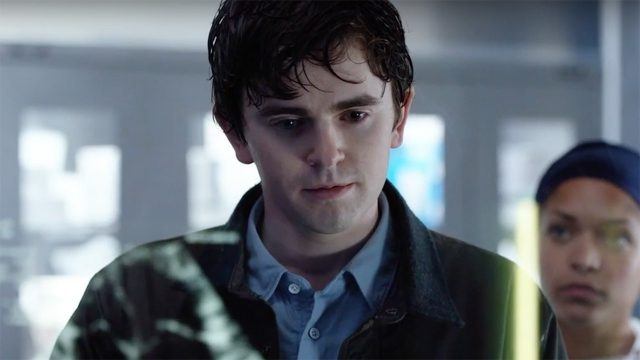 The Good Doctor was one of the highest-rated primetime shows when it premiered in 2017. Now in its second season, it has still garnered positive reviews and draws millions of fans each week. But the show’s main actor, Freddie Highmore, nearly turned down the role when he was first approached.

The show stars Dr. Shaun Murphy, a new hire at the hospital. Murphy is different from other doctors in that he is on the autism spectrum and has savant syndrome. Someone with savant syndrome has a level of brilliance that others don’t have; they see tremendous success in a specific skill, such as art, or they have the ability to solve problems in ways others cannot. On the show, Murphy is a medical genius. He retains information on nearly every medical topic he reads, which allows him to solve medical mysteries that others on his team couldn’t. Often, the other doctors are skeptical of his hunches, but they typically listen to Murphy’s instincts — and he is almost always right.

The role is complex, though, since Highmore is not on the autism spectrum yet is portraying a character who is.

Before The Good Doctor came about, Highmore starred as Norman Bates on the show Bates Motel. It was essentially a prequel to “Psycho,” so the show detailed Bates’ life before he became a killer. It was another complex role, which required Highmore to dive deeply into a character. The show ran for five seasons, and just a few days after it wrapped, Highmore was approached about taking on the role of Murphy in The Good Doctor.

He initially declined the role due to its commitment

Since Highmore was well aware of the commitment that came along with a show that found success, he was hesitant to step into Murphy’s role. He realized it would be a major commitment, and coming off of another show that had just been a major commitment, Murphy decided he didn’t want to take it. “When you’ve just finished a show that had been on for five seasons, you’re aware of the necessary commitment that is behind it, and the fact that you need to choose wisely because otherwise you could end up on something that you might not want to be doing for years and years,” Highmore said in an interview with Adweek.

Highmore went on to say that after he talked things over for a while with David Shore, the show’s creator (Shore also created House), he realized it would be the right move for him. Highmore, who also signed on to produce the show, decided to cap each season at 18 episodes rather than 22. He felt that 18 was the right number to make sure every episode is worth it. “You’d never want to just be doing more for the sake of it,” he said. Plus, it means filming fewer episodes and spending less time on the show overall, although Highmore didn’t cite that as a reason for choosing 18.

The Good Doctor just wrapped up its last episode of 2018 and will return to ABC on January 14.