Black Mirror has returned with an interactive and very special "choose your own adventure" episode that fans have already spent hours combing through. Whether you’re jsut about to jump down the rabbit hole or have already chosen some "wrong paths," knowing exactly how long Black Mirror: Bandersnatch actually is is valuable information for your mental health. But it’s sort of an interesting question, with varying answers. Much like Bandersnatch itself.

According to Netflix, the run time for default choices (which Bustle believes means choosing the left hand option every single time) is 90 minutes. The first time I went through, I had reached a few possible endings and their variations in just under that amount of time, so it checks out.

But you can easily get stuck in a loop — or start the episode over to try and reach a different ending, and that could ultimately take hours. According to Netflix, there are about five main endings, with variations on each one, and there are theoretically trillions of possibilities (but there are not a trillion endings). Spoiler alert: one thing that means is that some of the choices don’t actually affect the plot, but they are choices and do affect your viewing experience! 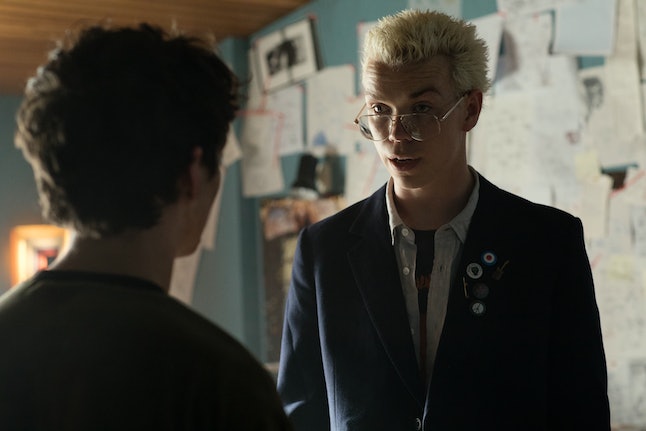 There’s no status bar at the bottom of the film like there usually are on Netflix shows and movies (you know, the red bar that tells you how much longer you have left), and there no time stamps that tell you how much you’ve watched… because Netflix doesn’t know! That’s up to you. Unless you’re at a decision point, you can pause the episode or do a 15 second rewind and fast forward. Other than that there’s no way to track where you are in the story and when you’re in it. Certain "endings" allow you to escape to the credits, or return to a fork in the story to take another path.

If you do pause, or stop the episode yourself, Netflix will remember your place and your choices. There will also be a small thumbnail status bar, which you could use to indicate how much time you have left, but given the number of paths you can take and endings you may want to see, that’s not really relevant. 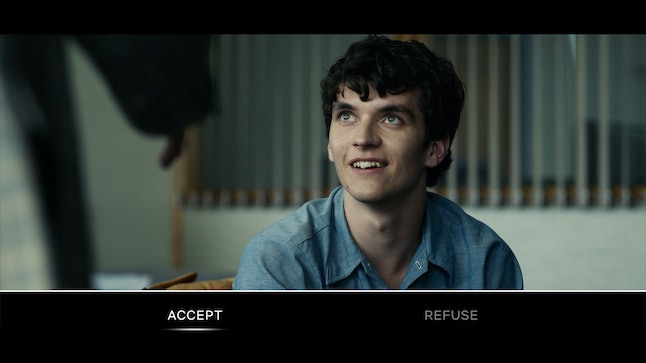 A leak before Bandersnatch was announced suggested that the total runtime was 312 minutes. Does that mean that this are over five hours of content? Keep in mind that it took 35 days to shoot, which is a lot for television but well under the average Hollywood film. There’s no way they filmed that much in that amount of time. By my rough estimate, the only way that runtime is correct is if you include all the rewatching and recapping one must complete in order to catch every unique minute. But then again, I could have it all wrong.

Here’s the bottom line: carve out at least 90 minutes for yourself to watch and play the new Black Mirror. Plan for two hours or more if you really want to get lost in it, or keep coming to unsatisfactory conclusions. As one of the characters insists, time is just a construct anyway.