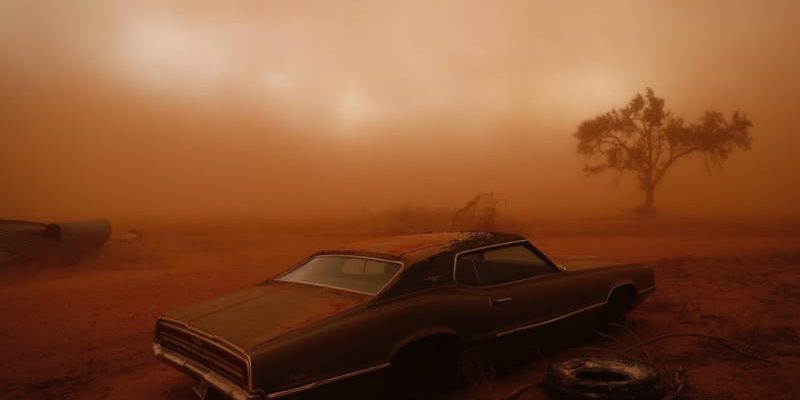 The Sydney Morning Herald chief photographer Nick Moir has never been shy of expressing his passion for the natural world.

A dream for any natural history photojournalist is to be recognised by National Geographic. This photographic award attracts thousand of photographers worldwide and, this year, Moir has been awarded second in the "Place" category, one of three categories: Places, Animals and People. His photo Thunderbird in the Dust is part of a series of images he produced while storm chasing on Tornado Alley in America. 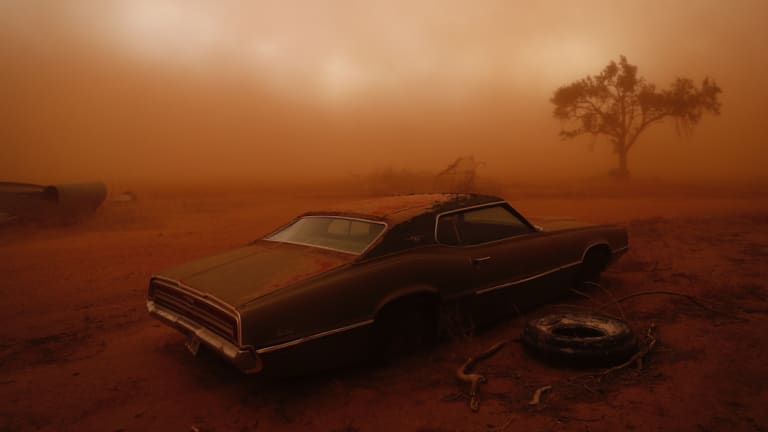 "My last chase day in Tornado Alley this June started with waiting in the shade in a lonely weedy park Amarillo, Texas and watching the sky," he said. "After pouring over weather models all morning I was after a storm I thought would start along the 'dryline' over the city in the Texas panhandle and would move south.

"Things revved up about 5pm and once the energy in the atmosphere was released the storm exploded southwards. It was on the way south , keeping ahead of the strong outflow winds that I came across an old Ford Thunderbird rusting and decrepit.

"Watching the wall of dust that was driven ahead of the supercell, I stayed put and let it smother the area , turning the little farming area into something out of Blade Runner.

"Dust filled my eyes, ears and nose. A shower that night in Dallas ahead of my flight home looked like a murder scene turning the water blood red."

This award is of particular importance for Moir and for the Herald as it recognises Moir's specialty as an Australian photojournalist on a world-class platform.