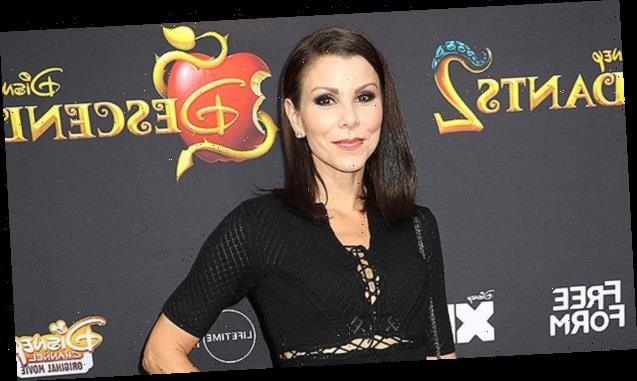 Heather Dubrow admitted that she thinks ‘RHOC’ is going ‘into a different direction.’ She EXCLUSIVELY told HollywoodLife whether or not she’d be on-board for this change by making a comeback.

Heather Dubrow, 51, EXCLUSIVELY told HollywoodLife “never say never” when it comes to the possibility of returning to The Real Housewives of Orange County. However, that’s not her promising a comeback on the Bravo show that she left in 2017. “I think that five years on Housewives was a really great run and I am now in the retrospectoscope, able to look back on it —  just the real happy parts,” Heather told us.

Heather became reminiscent on her five-season run on RHOC as she continued, “You know, the girl trips are really fun…I feel like we’re all sorority sisters. So if I run into someone…or, you know, I love seeing everyone…it’s kind of a really fun memory.” But Heather is satisfied with the memories she already made.

“I feel like I’ve checked the box,” she admitted. “So I’m not really sure what it would take to go back and I think that show – as it should – is going into a different direction.” RHOC took a pivot after Season 14 wrapped up in Dec. 2019. By the next month, fans were rocked to learn that Vicki Gunvalson and Tamra Judge — one who has been on the show since its 2006 premiere, and the other since Season 3 — were leaving the show.

Heather even spoke on these surprise departures with HollywoodLife! “I was a little surprised. You know, Tamra and Vicki have been on the show a long time. They’re both incredible women, and they always have something going on. [There’s] never a shortage of stories with either of them. So I was a little surprised at first,” Heather admitted. But she actually found the cast shake-up refreshing.

“Honestly, I feel like as far as the Housewife franchise goes, the whole is greater than the sum of its parts,” she continued. “And there comes a time where the show needs to keep moving and shifting and changing, I think to stay current. [Vicki and Tamra] both had amazing runs. Who knows, maybe they’ll be back. I mean, people have certainly left and come back before, but maybe they’ll you know, pick up other opportunities as well. I’m not really sure but I adore them both. I speak to Tamra often and I think that they both made such an incredible contribution to the show that’s just gonna live on.”