Dieter Brummer captured the hearts of an entire generation of teenage girls in the 1990s.

He was Home and Away’s dimple-faced bad boy Shane Parrish alongside Summer Bay’s feisty Angel Brooks, played by Melissa George, and they became one of Australian TV’s most-adored on-screen couples. 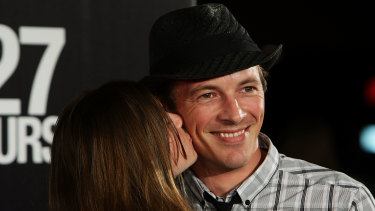 On Saturday, the 45-year-old actor was found dead at a house in Sydney. There were no suspicious circumstances.

Turns out, he was only a kid himself when he landed in Summer Bay on Channel 7’s super soap.

A good boy playing a bad one, Brummer was 16 when his first episode aired in 1991, but only just: he had celebrated his birthday a few weeks before.

Actors Heath Ledger and Chris Hemsworth would both eventually appear on the show, but Brummer was Summer Bay’s first big heartthrob. If you were a teenager then, you would buy magazines such as Dolly or TV Hits so you could find out every scrap of information about him and carefully tear out the giant picture for your wall or locker. 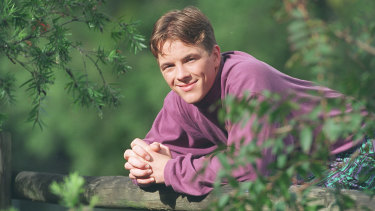 Prime time: Brummer at the Channel 7 studies in 1995.Credit:Dallas Kilponen

Marina Go was the editor of the now-defunct Dolly magazine back then, and invented a competition called Prince of Soap. It was pretty much created just to give someone like Brummer a bigger platform, and he won it twice. He was worthy of his crown, of being someone who young teenagers looked up to. “He was always smiley,” remembers Go, “and he had those lovely dimples. But he was very quiet. Many of those actors then had big personalities and were in your face, but he wasn’t like that. Our deputy editor Suellen Topfer told us he was going to be hot – she had a really strong feeling about him – so we featured him a lot. And Prince of Soap was entirely reader-voted. He was a very big deal.”

I worked as a writer on Dolly at the time, but it was my colleague Gina Johnson who interviewed him. “He was golden in those halcyon years,” she says. “And he was genuinely a lovely guy. Unexpectedly quiet and humble for someone so famous. Teens were obsessed in the context of him being the ultimate boy next door. And his PG appeal meant that parents indulged their daughters plastering their rooms with posters of him.”

Brummer won two Logies as most popular actor for his role on Home and Away and also appeared in Neighbours, Underbelly and Winners & Losers. During the early 2000s he left acting behind to become a window cleaner on high-rise buildings. “The good part about it is I don’t have to deal with people too much,” he said of his second career as a bucket-and squeegee-wielding abseiler. “If I was pulling beers I would have to put up with guys saying: ‘Oh you’re pulling beers now and you used to be in Underbelly’.”

What does being a teen crush mean?

Coming straight from high school to the height of teen adulation was, he told TV Tonight in 2010, “a pretty intense time”. Being famous is one thing; being a heartthrob is entirely another. It meant girls would hyperventilate in the street when they saw you. It meant letters arriving every day at the TV station, written in tiny, curly script, sometimes wrinkled with dried tears. It meant being famous overseas, where Home and Away had an audience of up to 8 million viewers in the UK. 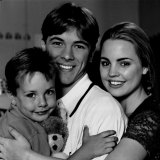 Brummer with Melissa George (Angel) and Corey Glaister (Dylan) on the set of Home and Away in 1995.Credit:Julia Morrell

It meant everyone thinking they know you, when none of them actually do.

Teen crushes are itchy, achy things. Fans from that time might have been equally into Luke Perry from Beverly Hills, 90210 or Johnny Depp from 21 Jump Street, but they were the kind of objects of affection who you knew would break your heart.

Dieter Brummer was a different kind of crush: he seemed accessible, relatable, kind. But teens got their heart broken anyway, when his character died in Home and Away, and they ended up crying real tears for a fictional person who meant so much to them.

Why such an effect?

Many of those teens – grown men and women now – cried real tears again this week, as they unloaded their memories on social media, posting photos of school books covered with Brummer stickers or magazine covers with coverlines such as “Check out Dieter’s Sizzling Calendar”. They spoke about how much they loved him after his stint in Summer Bay was over: what a good actor he was in Underbelly. They probably looked back at recent photos of him, and saw that as a 45-year-old man, he had lost none of his youthful good looks, the smile or the dimples. They might have said to themselves what they said three decades ago: “If only I knew him, I could really make a difference in his life.”

Leaving the show six years later in 1996 after appearing in 557 episodes wasn’t just about pursuing other career opportunities – it was also a chance to regain some semblance of normality in his life.

“I was so busy as a teenager I didn’t get to join friends on trips or do a lot of the things my friends got to do,” he said. “I spent the early part of my 20s catching up on a few years that I’d missed out on.”

His family, the people who knew him best, described him as “handsome, talented, funny, complicated and beloved”.