Will the final leg of the battle for the Iron Throne be as thrilling as fans hope it will be? In a new interview, HBO programming president Casey Bloys told Deadline that the Game of Thrones ending is "dramatically" and "emotionally" satisfying. But he wasn’t so bold as to wager that every viewer will be as pleased with the show’s outcome as he is. After all, Game of Thrones is a massive show, and it’s one that almost everyone seems to want something different from as Season 8’s April 14 premiere date draws closer.

Bloys told Deadline during the Winter TCA press tour, "I think any time you end a show this important and this big, a lot of people project onto a finale what they want it to be, what fans think it should be, hope it will be." Given the sheer amount of time viewers have invested in not only watching the series, but weaving elaborate fan theories about it, it’s hard to keep expectations for the final six episodes under control. That could be why actor Maisie Williams told U.K.’s Sky News in January that the Game of Thrones ending won’t satisfy anyone — the stakes are just too high for the viewers. (Although, Williams and many of her fellow cast members have said they’re satisfied with how the show wraps up.)

On the whole, Bloys seems more optimistic about how the finale will be received than Williams was. "The only thing I will say as a fan of the show is that I think the guys have done a brilliant job of ending the show in a dramatically satisfying and emotionally satisfying way," Bloys told Deadline of series creators David Benioff and D.B. Weiss’ work on the final season. "I do believe that fans are going to be really really happy with how it all wraps up." 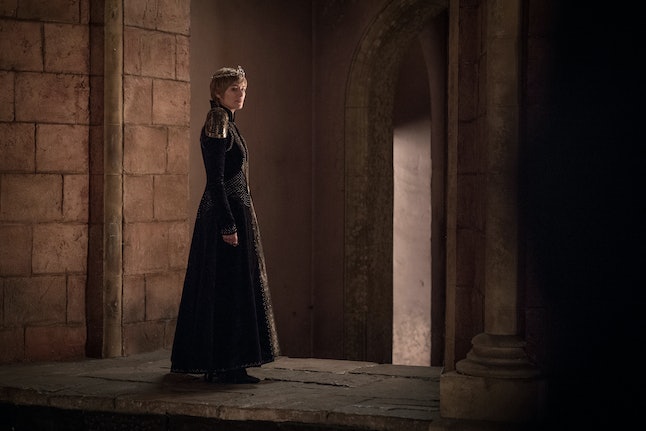 It’s hard for fans themselves to judge whether they’re going to happy with Season 8, because HBO is working overtime to keep the details of what’s to come under wraps. Earlier this month, the first Game of Thrones Season 8 photos were released, but they revealed little more than ominous staring. Meanwhile, there’s still no trailer for the final season in sight, which is even more frustrating thanks to that Super Bowl fake out that ended up being a crossover ad for Bud Light.

The longer viewers wait for a taste of Season 8, the higher expectations seem to get. Without a trailer, it’s hard to say whether the show’s last hurrah will focus more on the war for the Iron Throne or the battle against the Night King’s Army — or both. For now, Bloys isn’t giving away any hints. "As with all things Game of Thrones, there is a lot of speculation. All I can tell you as part of this season, is it is all spectacular," he told Deadline.

Fans will just have to take his word for it — at least for now. Until the final season airs — or HBO finally offers up that long-awaited trailer — viewers are just going to have to hope the finale really is an emotionally and dramatically satisfying conclusion to the epic fantasy series.