A Hawaii couple who requested a temporary restraining order against Ezra Miller have dropped their petition, Page Six has confirmed.

The couple filed their request on Monday and a judge signed it the same day, court documents show. It’s unclear why the couple decided to pull their TRO.

An attorney for the couple didn’t immediately return Page Six’s request for comment.

“The Flash” star, who identifies as non-binary and uses they/them pronouns, had been staying with the Hilo citizens when they allegedly burst into their bedroom and threatened them.

“I will bury you and your slut wife,” Miller allegedly shouted, according to the aforementioned temporary restraining order request obtained by Page Six.

Miller, 29, also allegedly stole a passport and wallet, which included a social security card, license and more from the property.

Police then escorted the “Fantastic Beasts and Where to Find Them” star off the property.

The dramatic scene took place mere hours after Miller was arrested at a local karaoke bar for disorderly conduct after they grabbed the microphone from a woman who was mid-song. They also allegedly later lunged at a man playing darts. 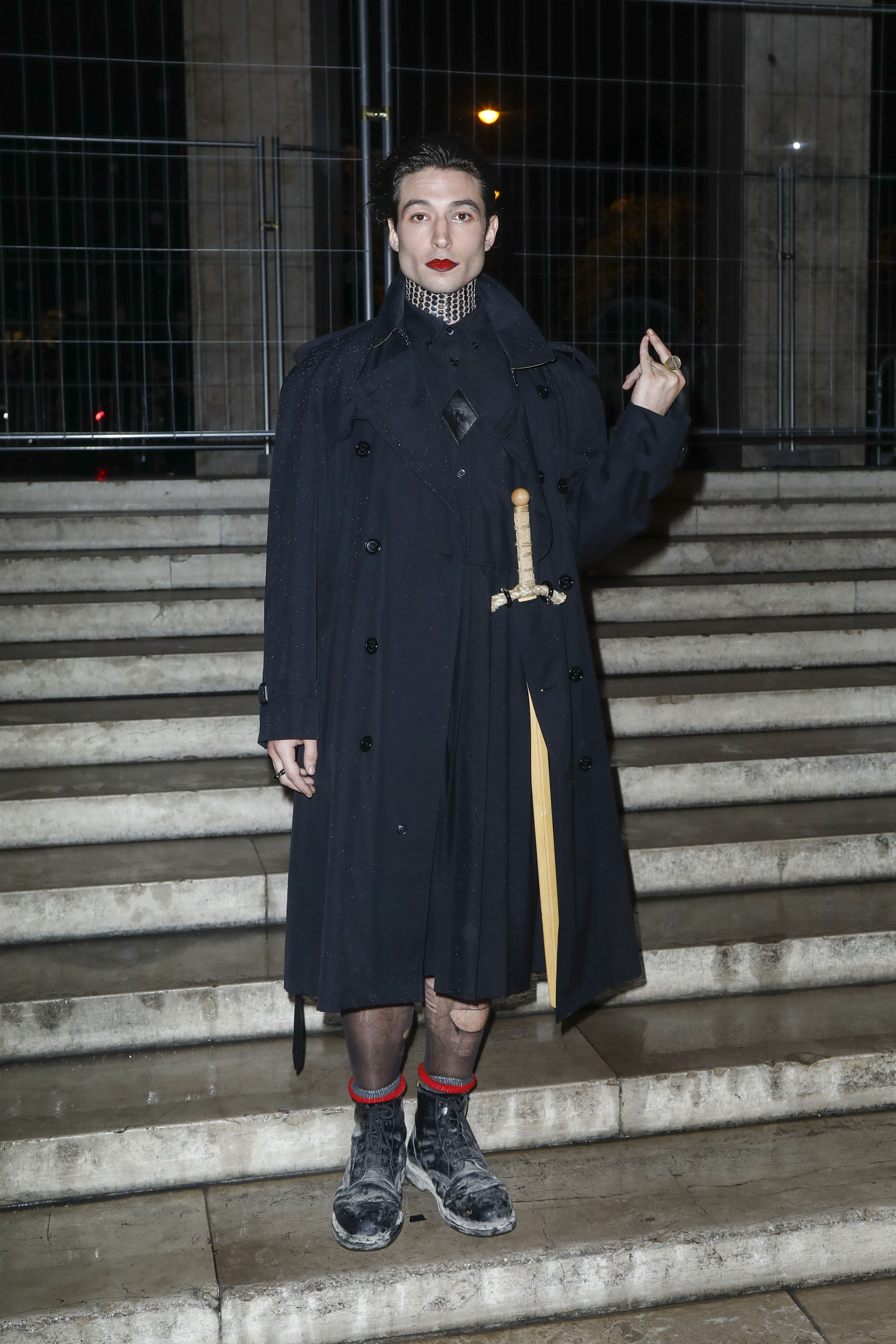 Miller was booked in jail but released shortly thereafter on a $500 bond.

Given all their troubles in that one night, authorities later confirmed to Page Six that Miller had actually been the subject of 10 police calls in less than a month. Despite their legal drama, Miller hasn’t stopped behaving erratically.

Just on Friday, they were caught dancing wildly by themself at another Hawaii bar.