If you’ve been paying attention closely, Prince Harry and Meghan Markle have a special double-hand hold they do in certain pictures. In these pictures, Meghan is holding her (literal) prince’s hand with both of her hands. And, apparently, Harry and Meghan’s double hand-hold says a lot about their relationship.

"It looks like when they’re in more private moments she’ll do the double hand hold," says Traci Brown, body language expert and author of Persuasion Point. "She’s reaching more into his space, looking for a deeper connection."

For those of you who aren’t royal etiquette buffs, the fact that the two even choose to hold hands at all is pretty rebellious in and of itself. You see, while there’s no mandated law written against it, Queen Elizabeth and Prince Philip have an unwritten "no PDA" rule that their children and grandchildren have historically chosen to follow. "The Queen rarely holds hands with her husband in public and this seems to have set an unwritten precedent for the other royals," body language expert Robin Kermode explains to the Daily Mail. So, no. There’s no real rule against holding hands but regularly interlocking fingers with your bae is definitely out of the norm.

But Meghan and Harry just can’t seem to keep their perfectly manicured fingertips away from each other! Even when the two aren’t doing their signature double-hand-hold, they’re seen doing a regular single-hand-hold. We had Brown analyze pictures of them doing both to get a better feel for what their connection is really like.

The single hand hold is for more public moments. 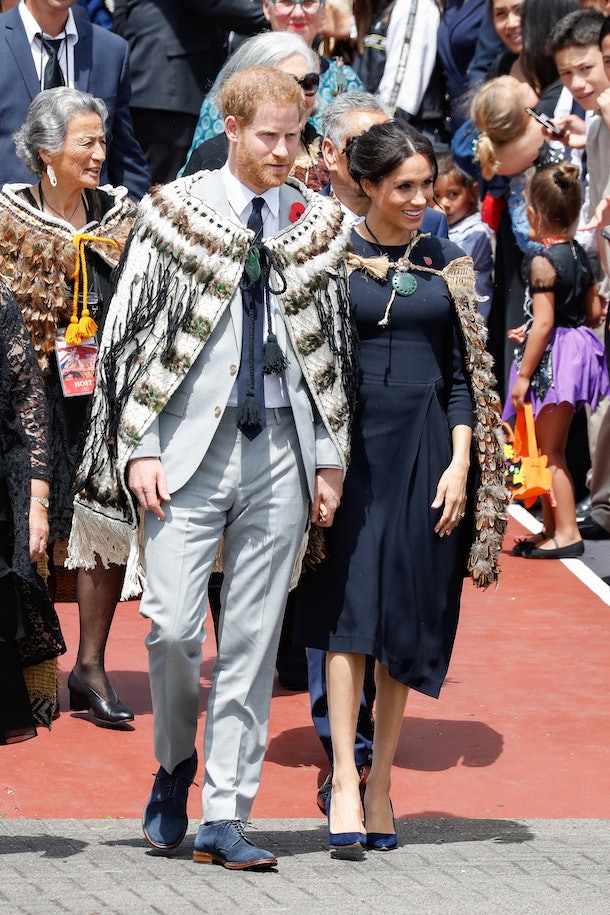 Even when they’re doing the single hand-hold, they’re letting us know that they are a team.

"They’re in some kind of ceremony or formal procession," says Brown. "Clearly they’re there as a team holding hands. And Harry is the team leader, walking slightly ahead." 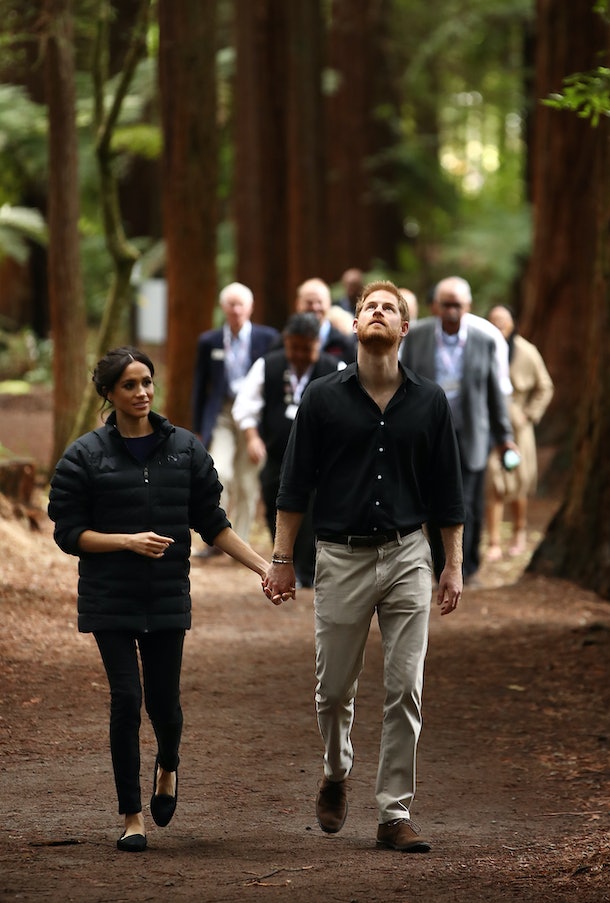 "Here they are again at some kind of event," continues Brown. "They’re both focused on whatever catches their eye in their surroundings. They’re perfectly in step, totally on the same wavelength."

The double hand hold is for more intimate moments. 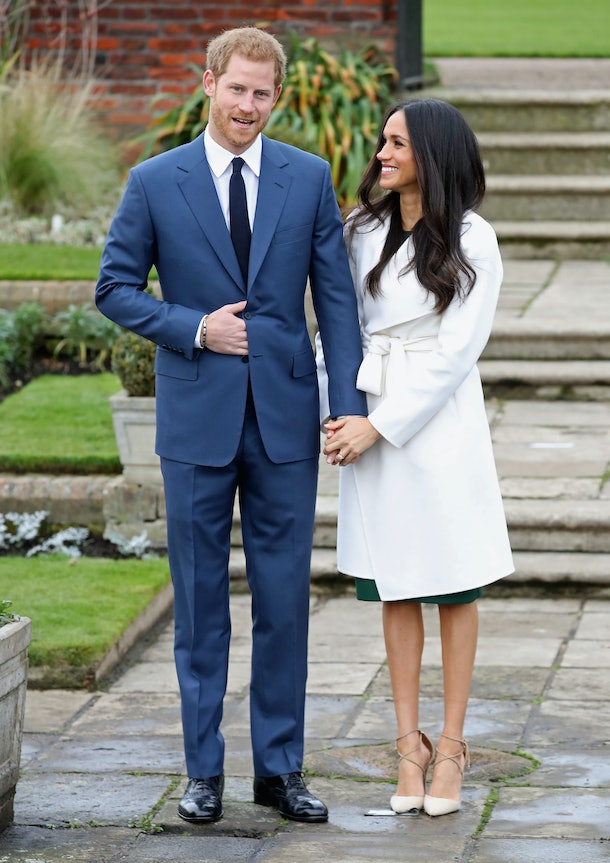 It seems as though Meghan reserves the double hand hold for when she’s feeling especially comfortable and happy around her man.

"Here’s that engagement announcement pic," says Brown of the above image. "She can’t get enough of him and he’s doing that thing he does to protect himself a bit from the cameras —putting his hand over his solar plexus and weaving his hand between his buttons." 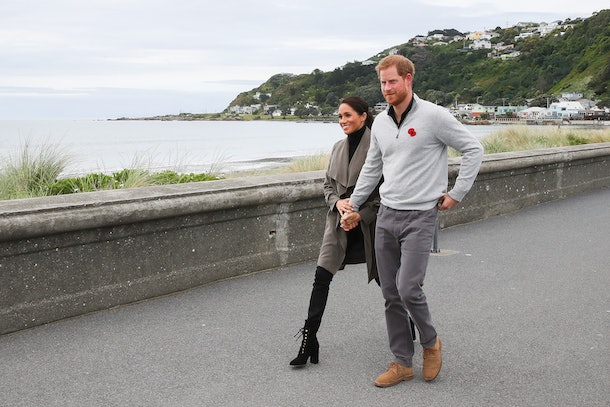 "Looks like this is a much more unofficial moment," she says of the above picture. "She’s pulling him in and seems happy going wherever they are together. He’s a bit concerned about something… but what? Body language tells us what’s on someone’s mind but doesn’t tell us why."

While we don’t know what might have been concerning Harry, it’s beautiful to see that he’s happy being pulled into his wife’s two-handed embrace. "Overall, their relationship is great," Brown concludes. "They’re solid as a rock."

Congrats to the parents-to-be on their solid connection and here’s to hoping they stay this way forever!