He called himself “the world’s oldest rebel.” And when he railed against the system, he came across as the voice of experience, even as he deftly managed the young media environments of Twitter and podcasts.

Harry Leslie Smith made himself from nothing. He survived the Great Depression in abject poverty. He fought the Nazis in World War II. He created a comfortable life for his family, but suffered two painful personal losses. In 1999, his wife of 52 years, Friede, died of cancer. A decade later, his middle son, Peter, who was in his 50s, died of a lung disease.

His son’s death finally tipped Mr. Smith, by then 87, over the edge to start writing his memoirs. His first was a book called “1923,” the year of his birth, published in 2010. Other books and essays spilled forth. An Englishman who lived part time in Canada, he wanted to shake the world into appreciating what had been won in World War II.

He went on to write four more books and was in the process of writing a sixth, about the refugee crisis, when he died on Wednesday at 95 in a hospital in Ontario.

His passion had earned him a column in The Guardian. Gradually, his defenses of the poor, his pleas for social justice and the wisdom of his age — as expressed in his last book, “Don’t Let My Past Be Your Future” (2017) — made him a must read for a new generation.

Such was his stature that upon his death, encomiums emanated from both sides of the Atlantic.

Prime Minister Justin Trudeau of Canada wrote on Twitter, “Throughout his life, Harry Leslie Smith fought and worked to make the world a better place for everyone.” In London, Jeremy Corbyn, the British Labour leader, tweeted that Mr. Smith was “one of the giants whose shoulders we stand on.” He included a video clip of Mr. Smith describing the importance of England’s National Health Service.

In his writings and on the lecture circuit, Mr. Smith argued for the preservation of the social safety net and against austerity programs in England, Canada and the United States. His blood boiled over the 2008 global economic collapse, when the little people had to bail out the banks while the banks went unpunished.

And as his television screen filled with images of refugees around the world fleeing their homelands — reminding him of the hundreds of thousands of people displaced by World War II — he became their champion.

“For me, old age has been a renaissance despite the tragedies of losing my beloved wife and son,” he wrote last year in The Guardian. “It’s why the greatest error anyone can make is to assume that, because an elderly person is in a wheelchair or speaks with quiet deliberation, they have nothing important to contribute to society.” 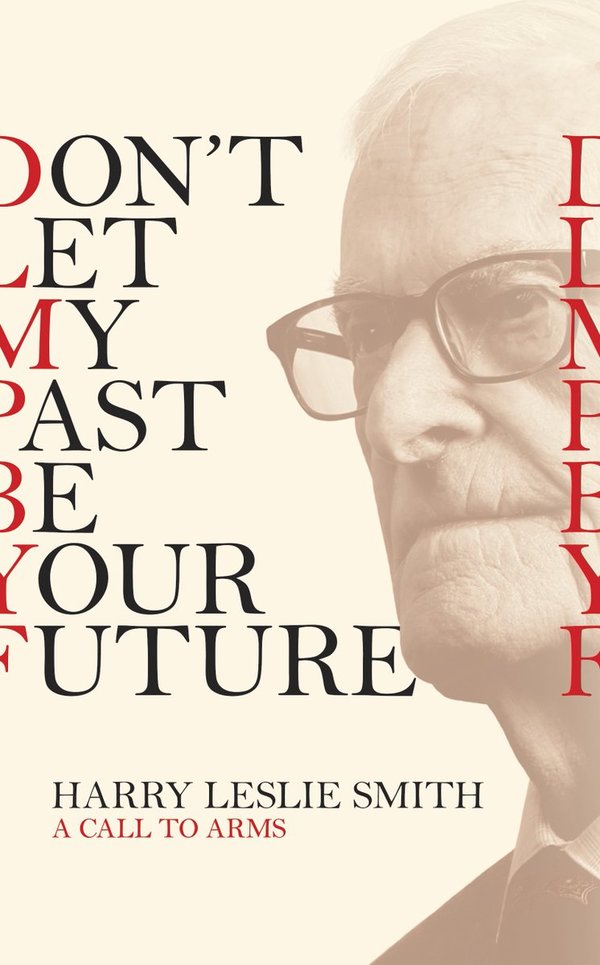 He added: “It’s equally important not to say to yourself if you are in the bloom of youth: ‘I’d rather be dead than live like that.’ As long as there is sentience and an ability to love and show love, there is purpose to existence.”

Born on Feb. 25, 1923, in Barnsley, England, Mr. Smith grew up in the slums of Yorkshire. His father, Albert, was a coal miner. His mother, Lillian (Dean) Smith, kept house for her husband and three children. The family, destitute once Albert lost his job after an injury, scrounged for scraps of food and was often on the move, a step ahead of the rent collector.

Harry started work at age 7 and quit school at 14 when he landed a job as a grocer’s assistant, his son John — who confirmed his death, from pneumonia — said in a telephone interview.

One of Mr. Smith’s two sisters, Marion, contracted spinal tuberculosis, a victim of the slum’s foul living conditions. As she wasted away, their parents pawned their best clothes to hire a horse-drawn cart to take her to a workhouse infirmary, where she awaited her death, according to a 2017 profile of Mr. Smith in The Toronto Star. At 10, she was buried in an unmarked pauper’s grave.

He never forgot his family’s inability to pay for medical care for his sister. That led to his adamant support for the National Health Service, which was created in 1946 and started in 1948.

He and his wife, whom he married in 1947, moved in the 1950s to Canada, where he made a successful living in the Oriental carpet trade.

Over the next decades he became more angered at the direction of the world, disgusted by everything from apartheid in South Africa to the austerities of the Reagan administration.

Only years later did he find his true calling. He blossomed into a polemicist and agitator, relaying to subsequent generations the values that sustained postwar England. He spent the last years of his life touring refugee camps in Europe and railing against President Trump.

Mr. Smith adapted to the latest tools of communication, posting frequently on Twitter, where he had more than 250,000 followers, and hosting a weekly podcast. His Guardian video essay on the refugee crisis has been viewed more than two million times.

In addition to his son John, Mr. Smith is survived by another son, Michael, and two grandchildren.

“Enjoy yourself,” he often said. “It’s later than you think.”