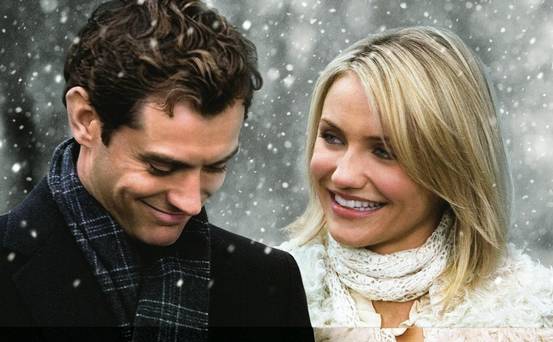 According to recent reports, there’s a renewed thirst for romantic comedy, both in print and on screen. Thrillers and psychological dramas have ruled the shelves for a fair while now – the charts have been dominated by twisty tales of murder and deception, and we all want to peep at the screen through our fingers and hold our breath until the killer is finally unveiled.

So what’s behind this romantic renaissance? Perhaps it’s a gut reaction to today’s distinctly worrying and unromantic world – there’s very little about politics and Brexit to make our hearts flutter. On top of that, the weather has taken a turn towards chilly and the dark nights are upon us. We need a little romance in our lives now more than ever, and where better to look for it than fiction?

As a romance writer, I’m heartened by the idea of a revived hunger for love and romance. I recently turned to the most beloved Christmas movies for next novel inspiration – The Holiday, Love Actually and, of course, the inimitable Bridget Jones. I chatted with my editor about how watching those movies makes viewers feel – warmed, comforted, a sense of tradition and togetherness.

We return to those same movies year on year, and unlike most other film genres, the familiarity of knowing what’s coming adds rather than detracts from our viewing pleasure. We watch them in a ritualistic way, searching for the glow and the sigh of contentment that really only comes from Mark Darcy confirming that, yes, nice boys really do kiss like that. These feelings formed the starting point for my latest book, One Day In December. I was interested to see if it’s possible to write a book that creates a similar feel for readers, something unapologetically sweeping and romantic but relatable too – normal life with a sprinkle of romance and magic.

One Day In December opens at Christmas; we see Laurie squashed on to the top deck of a packed London bus. She looks down and spots a guy at the bus stop, their eyes meet, and for a few heart-stopping seconds before the bus lurches away, she knows true love. Did he feel it too? Will she ever see him again? It’s not giving anything away to say that, yes, she does find him again, but unfortunately he’s introduced as her best friend Sarah’s fabulous new love. And so it begins… a love triangle with no heroes or bad guys, just three people trying to do their best.

They make mistakes, they say the wrong thing sometimes, and every now and then they do something utterly brilliant. Does the path of true love run smooth? Of course not. But isn’t that the whole point of romantic novels and movies? We want to feel our hearts race, and break, and hopefully by the time we close the book, they’re mended again.

As a writer of romance for the last decade or more, I’ve become accustomed to looking for love in everyday situations. Snatches of overheard conversations in restaurants and on trains, an elderly couple holding hands on a park bench. Especially the elderly couple, because it’s pretty easy to be romantic in a shiny new relationship. It’s far harder a decade or three down the road, especially if kids are factored into the equation too.

Romance has many guises, and very few of them involve huge displays of red roses or down-on-one-knee proposals in crowded restaurants. True romance lives in the less observed moments in-between the showy set-pieces; a note pinned to the fridge or hidden in a lunchbox, an unexpected text to say I miss you, Ben & Jerry’s Phish Food on the weekly shop because they love it even though you prefer Bailey’s Haagen-Dazs. I’m raising teenage boys, and my eldest was confused recently when a girl told him it wasn’t cool for him to hold the door open for her at school. I get it; she’s fierce and modern and trying to work out her role as a woman. She’s striving for the equality she deserves and she’s a proud young feminist; go girl, I love your fire. But here’s something I hope she also comes to understand; chivalry shouldn’t be confused with sexism.

Here’s what I told my boy; it’s always cool to be kind. Hold the door. Offer your jacket if it’s raining. Carry that heavy bag. Gallantry is undervalued but never goes unnoticed, and it doesn’t undermine feminism in any way. Holding a door open doesn’t mean ‘I’m doing this because I’m stronger’. It means ‘I’m doing this because I respect you and I’m a decent human’. It’s no more or less than that; it would be a great shame for chivalry to be a casualty of equality. Is it old fashioned? Maybe a little, but that’s no bad thing in our often cynical and fast-moving world.

Every now and then, sprinkle a little magic.

Josie Silver is author of One Day In December, Penguin Books