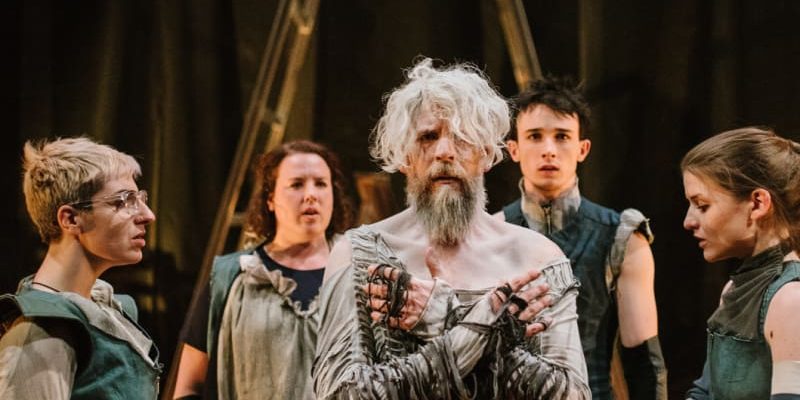 An acquired taste, this one, but at least Hamlet Apocalypse does what it says on the box.

It’s a production of Hamlet performed at one minute to midnight on the doomsday clock, condensed and often ruptured by actors dropping character to react to the impending Armageddon. 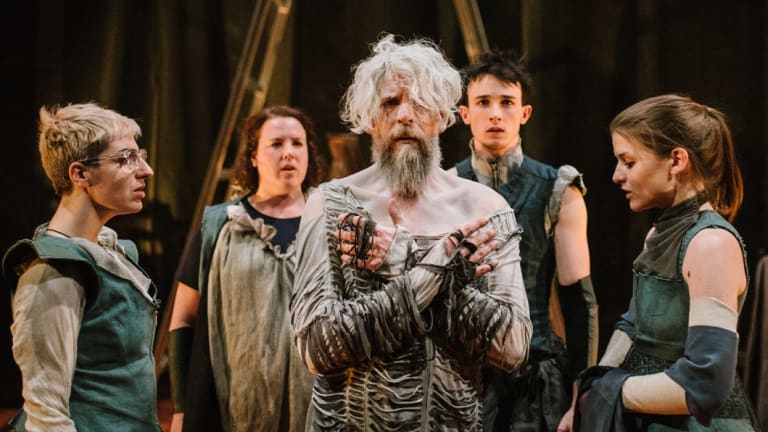 What such a dramatic structure seems to offer is the juxtaposition of scenes from the play with potted reflections from the performers themselves, as well as a good deal of stylised physical theatre that erupts into and across the performance, decorating the tragedy with scenes of hysteria and hedonism from the end of the world.

Some intriguing cross-currents emerge offering implied critique, if not deconstruction, of the play no one can escape. The actor playing Claudius directs the performance a bit tyrannically, forcing other actors to repeat if they stumble, while the one playing Ophelia is cut off mid-sentence as the show closes.

And the visual design creates a haunted sort of antechamber to the end-time, with moments of sonic and photic crisis as the countdown to apocalypse proceeds. The mise-en-scene looks more inspired by Beckett than Shakespeare and creates a spectral frame for the frenetic unravelling onstage.

You only wish the precision and stylistic completeness of the design were matched in the physical theatre. The ensemble movement needs a deliberateness and force of presence it doesn’t always receive.

And if the mask-dropping direct address doesn’t reliably bear fruit, it’s because creditable gestures towards a verbally secure and inventively staged production of the play are undermined by a sense that the performers are more convincing, and certainly more interesting, as Shakespeare’s characters than they are as some doomed version of themselves.

No one needs glib and unenlightening remarks from actors thrown into scenes from Hamlet, and if the pretentiousness of that prospect is to be overcome, Hamlet Apocalypse needs better dramaturgy, more rigorous physical performance, and a more sophisticated engagement with the text.