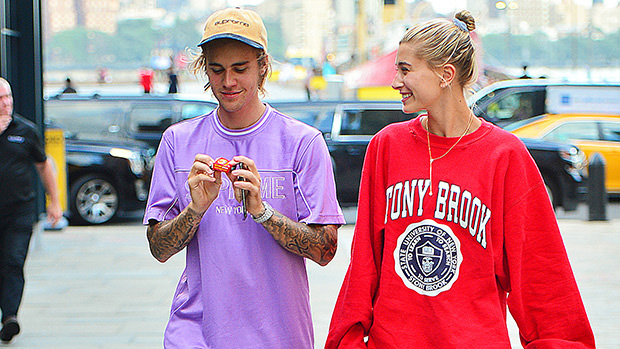 Hailey Bieber is worried about hubby Justin Bieber and she is determined to be there for him during his current reported struggles with depression.

Justin Bieber, 24, has been making headlines for reportedly getting treatment for some struggles with depression, and his wife, Hailey Bieber, 22, is planning on being there for him every step of the way, no matter how difficult things could get. “Hailey worries about Justin all the time,” a source close to the couple EXCLUSIVELY told HollywoodLife. “She loves him with all her heart, and wants him to be happy, so it hurts to see him struggling with his emotions. Hailey loves being Justin‘s wife and looks forward to loving and supporting him through his good times and these challenging ones. She wants to stay with him forever, even during his most difficult times. She is dedicated to Justin and will never turn her back on him, even when he is struggling. Hailey will always love and support her man, she is not going anywhere.”

It sounds like Hailey is taking her vows seriously, and at a time when Justin may need it most! Word about the singer’s current struggles spread on Feb. 12, after sources told People he was going through a rough patch and seeking treatment, but luckily, it has nothing to do with his devoted wife. “Justin seems down and tired. He has been struggling a bit,” one source told the outlet. “It has nothing to do with Hailey — he is very happy being married to her. It’s just something else that he struggles with mentally,” the source continues. “He has good help around him and is receiving some treatment. He seems confident he will feel better soon.”

Justin opened up about his mental health struggles as well as his marriage to Hailey in the March issue of Vogue magazine. One of the many shocking things he admitted to was risking his life by taking a large amount of Xanax back in 2013, around the time he was caught going to a Brazilian brothel. “I found myself doing things that I was so ashamed of, being super-promiscuous and stuff, and I think I used Xanax because I was so ashamed,” he told the outlet. “My mom always said to treat women with respect. For me, that was always in my head while I was doing it, so I could never enjoy it. Drugs put a screen between me and what I was doing. It got pretty dark. I think there were times when my security was coming in late at night to check my pulse and see if I was still breathing.”

We’re wishing Justin a healthy and happy road ahead during this difficult time in his life.