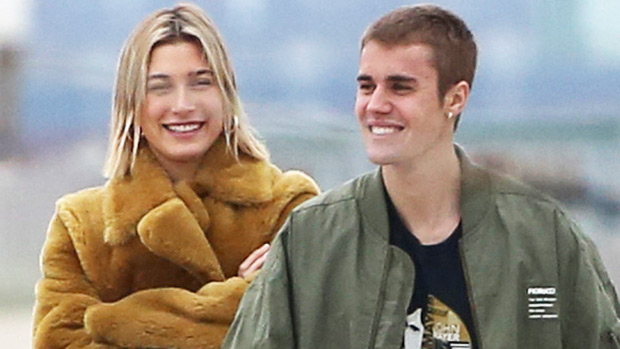 Hailey Baldwin loves hubby Justin Bieber no matter what his hair looks like. But there’s a special reason she’s absolutely thrilled with his cleaned up, fresh new ‘do.

After growing his hair out to shoulder length staring in the summer 2018, Justin Bieber later shaved it to a buzzcut. Now he found a happy medium a fresh new look on April 17. His wife Hailey Baldwin shared a photo of the makeover as well as a sweet comment, and there’s one reason in particular reason she’s so happy with his newest ‘do. “Hailey thinks Justin is the hottest guy in the world, no matter what hairstyle he has. But she loves his new haircut so much because it kind of reminds her of how he used to wear it back in the day, back when he was just her crush,” a source close to Hailey tells HollywoodLife.com EXCLUSIVELY.

“He’s still her crush, he’s just her husband now too, which is so crazy when you think about it. Hailey went from being a Belieber like everyone else to Mrs. Bieber, she feels incredibly blessed. She loves being married to her hot husband and she loves his fresh cut,” our insider adds.

Hailey proudly showed off the pic of Justin’s cleaned up short brown hair in an IG photo where he was wearing a tie-dye t-shirt and standing against a green screen. “My love 😩😍😍 you are an incredible man, you make me a better human being, you make me happier than I’ve ever been. Insanely proud of who you are and who you’re becoming. I love you more every single day,” she gushed in the photo’s caption.

my love ??? you are an incredible man, you make me a better human being, you make me happier than I’ve ever been. Insanely proud of who you are and who you’re becoming.. I love you more every single day.

The 22-year-old model revealed during a game of “Spill Your Guts or Fill Your Guts” on a Feb. 6 James Corden appearance that she loves the 25-year-old singer’s hair no matter what the style. The host showed her a pic of him with his shoulder length blond hair from the summer of 2018, a photo of the dreadlocks he rocked when touring in 2016 and his iconic swoosh that he had when starting out in the music biz as a teen. “First of all, he is so handsome. I loved the dreads, personally. I thought they looked really cool,” she admitted. “There is absolutely no doubt he [was] an adorable kid. Who didn’t love the swoosh?” But being the loyal wife that she is, Hailey refused to rank his hairstyles from best to worst and ended up eating some gel-like goo labeled  “Pig Flesh Meat Jelly.” Now that’s true love!