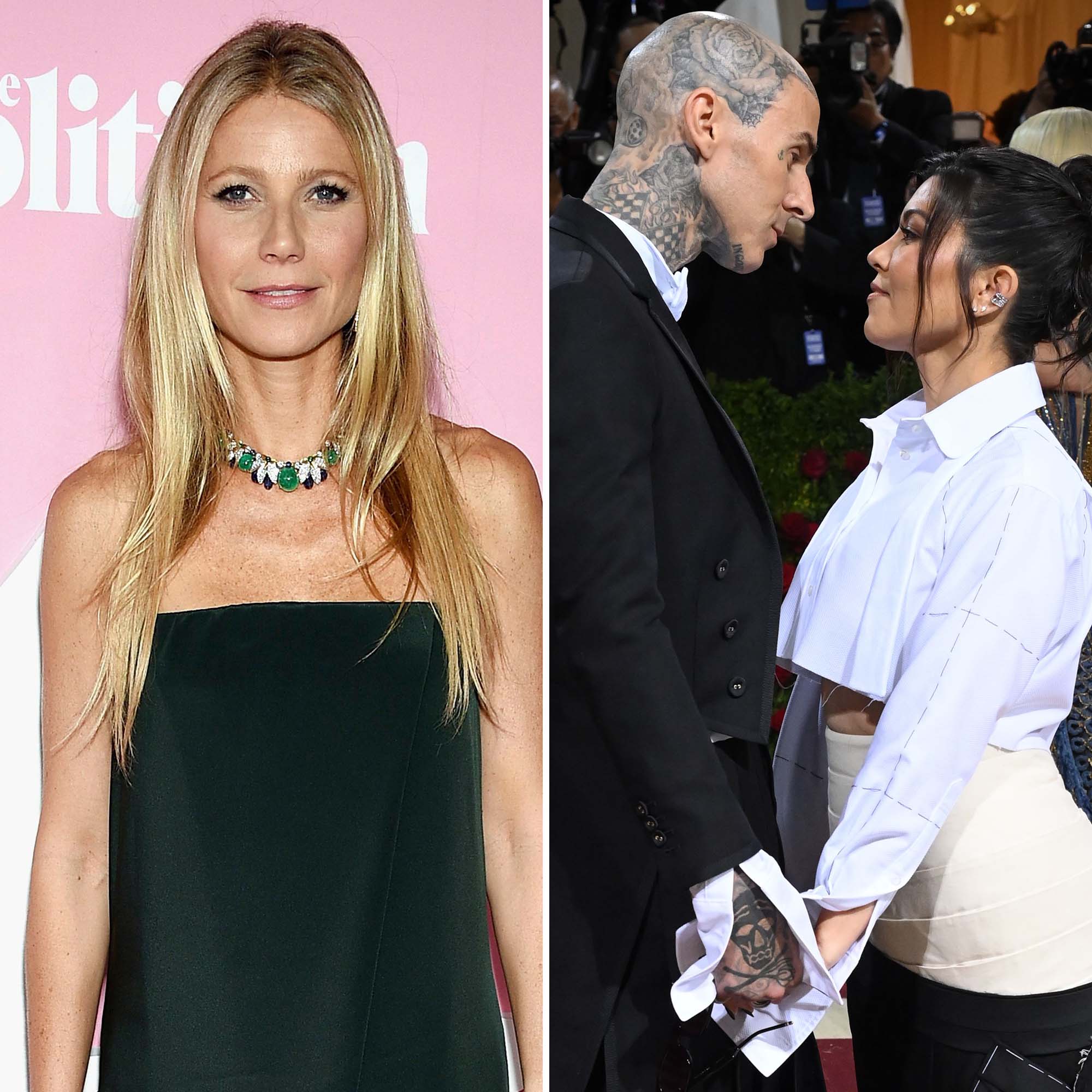 Second time is the charm! Following her engagement to Travis Barker, Kourtney Kardashian got some unexpected advice from friend Gwyneth Paltrow.

During a new episode of Hulu’s The Kardashians, which premiered on Thursday, June 2, the Goop founder, 49, offered a glimpse at how her marriage to Brad Falchuk changed her view of conventional relationships. “My husband and I did not live together until we had been married for a year,” the actress told Kardashian, 43. “It was mostly for our kids because it is hard in a way with the stepparenting thing and the blending families.”

Paltrow, who shares daughter Apple, 18, and son Moses, 16, with ex-husband Chris Martin, discussed how starting over with someone new can be a “great opportunity,” adding, “That second marriage is so beautiful.”

Kardashian, for her part, clarified that she wasn’t previously married to ex Scott Disick even though it “basically” felt like that. The Poosh founder also opened up about her future plans with Barker, 46. “I am on a journey. I want to have a baby so I have done all the fertility stuff and it makes me mentally not well,” she admitted to the Oscar winner. “And when I did [a cleanse] to clean this out of my body, it felt like this is what I am supposed to be doing.”

Kardashian and Disick, 38, who share kids Mason, 12, Penelope, 9, and Reign, 7, dated on and off from 2006 to 2015. Following their split, the California native later moved on with Travis after years of friendship.

In October 2021, the drummer popped the question to the reality star on the beach in Southern California. As viewers watched the milestone unfold on the reality show, Kardashian and Barker made their romance official off screen with three wedding ceremonies.

After having their practice Las Vegas nuptials in April, Us Weekly confirmed that the pair were legally married following a visit to a Santa Barbara courthouse one month later. Kardashian and Barker have since celebrated their love with another wedding in Portofino, Italy, on May 22, which included their family and friends in attendance.

Paltrow, for her part, was previously married to Martin, 45, from 2003 to 2014. After finalizing their divorce, the model moved on with Falchuk, 51, and they got married in September 2018. The Coldplay band member, meanwhile, started dating Dakota Johnson in October 2017.

“The adults are all very friendly,” a source exclusively revealed to Us in October 2019. “It’s not without effort and having to put feelings aside from time to time. They genuinely enjoy being together and there’s a lot of love for one another on all sides.”

The insider added that Paltrow and Johnson, 32, have formed their own unique bond. “Gwyneth loves Dakota, and vice versa. She really likes her and who she is as a person,” the source told Us. “She cares deeply for him and wants him to be happy.”

New episodes of The Kardashians air on Hulu Thursdays.