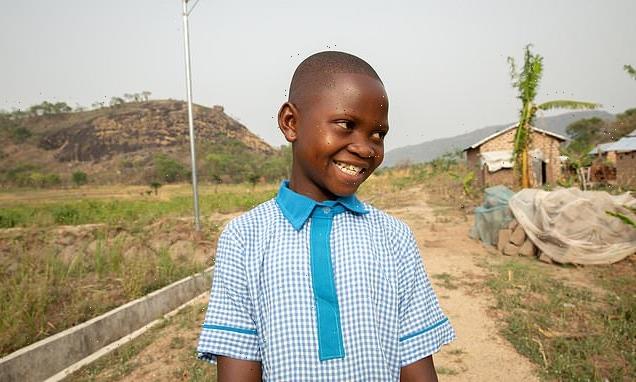 Growing up amid war: children of conflict, and how one charity is fighting for their futures

Ad Feature by Save the Children

Laughing and kicking a football around in a dusty field, Marcel and God’s Gift look like any normal teenagers without a care in the world.

But just four years ago, their worlds were ripped apart when civil war broke out in their native Cameroon and both had to flee for their lives.

God’s Gift and his family were forced to trek through dangerous countryside in darkness to reach the safety of Nigeria after his father was shot dead during the fighting. 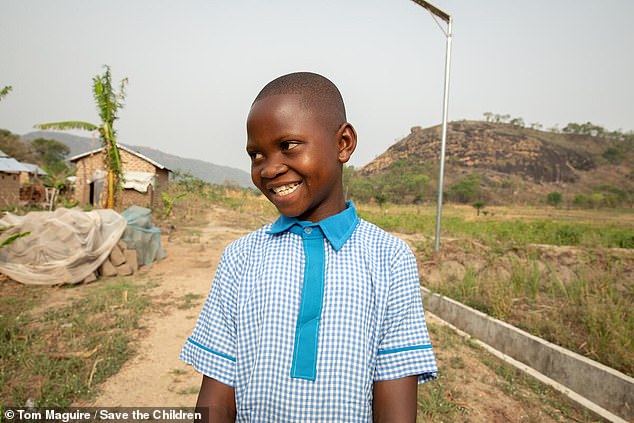 Childhood ripped apart: God’s Gift and his family had to flee civil war in their native Cameroon

Marcel fled by bike with his mother and baby sister. After days on the road and sleeping rough, both boys found themselves in the same refugee camp in a new country.

It’s impossible to imagine the grief and trauma they went through as they sought to adjust to their new lives without a proper home or education.

But then two remarkable things happened: Save the Children set up a school with teachers they’d trained to work in the refugee camp … and the boys met each other.

That education gives them the chance of a successful future while their friendship has helped heal the deep mental scars each suffers.

‘God’s Gift is my best friend, we do many things together,’ says Marcel, now 14. ‘What makes me feel so happy and safe is when I’m playing with my friends – I’ll not be thinking about all those bad things, bad things that are making me afraid.’ 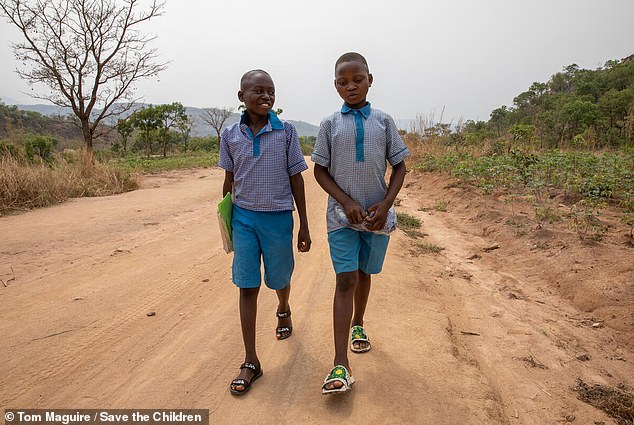 ‘When I left Cameroon for Nigeria I stopped going to school for one year,’ says God’s Gift, 13. ‘Without education, a person cannot get better.

‘I want to be a doctor. Marcel also wants to become a doctor. I hope me and Marcel, when we grow up, build a big house together and stay there with our parents.’

So far Save the Children has helped 11,380 children like Marcel and God’s Gift in Nigeria, while a further 7,220 have benefited from their child-friendly spaces – areas in which youngsters can play without fear – as well as counselling and family tracing services.

Africa isn’t the only continent where the charity helps the young victims of conflict – they’re active all around the world in many war-torn nations including Ukraine and Afghanistan.

Their work is not only saving children’s lives but also giving them the tools – such as education, nutritious food and medical treatment – to help them succeed in life. 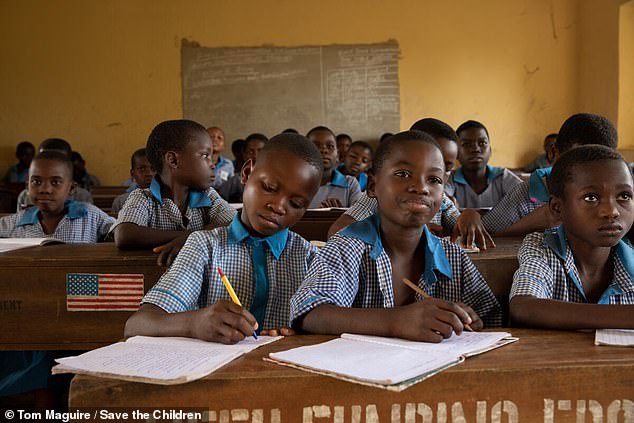 ‘I want to be a doctor when I grow up’: God’s Gift at his school in Benue Camp, Nigeria

But it can only be done with your help. So why not consider leaving a gift to Save the Children in your will so they can carry on their incredible work long into the future?

You’ll not only be taking care of youngsters torn from their land through war, but those left starving by famine and even kids in the UK suffering because of the cost-of-living crisis.

Because wherever they’re needed, Save the Children are there. When Russia invaded Ukraine earlier this year, they swung into action to help the thousands of refugees pouring over the border.

Desperate families like that of Vira* and her two children – Marta*, three, and six-month-old Alona*. 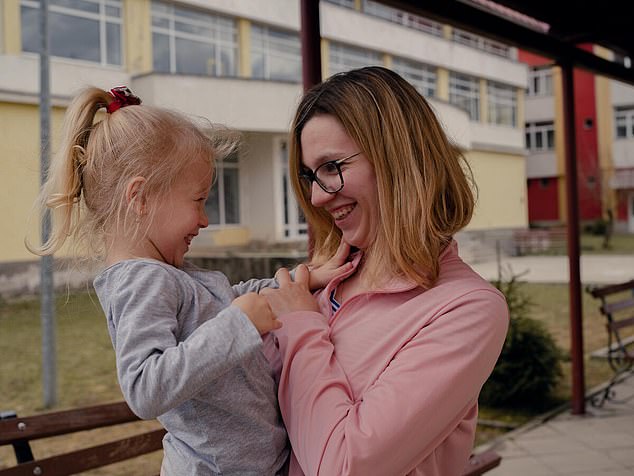 ‘It was hard to leave Ukraine’: Vira*, 26, said she left because she had to protect her two children

Before February, they’d had a good life in the east of Ukraine where Vira was a nurse and her husband an international lorry driver.

But then war came.

‘It was hard to leave Ukraine – I remember the emotions,’ says Vira, 26. ‘You want to stay but also you have kids to protect.’

She soon realised it wasn’t a choice – she had to go and, after a long car journey, found herself walking into Romania with little more than her two children and some warm clothing for them. 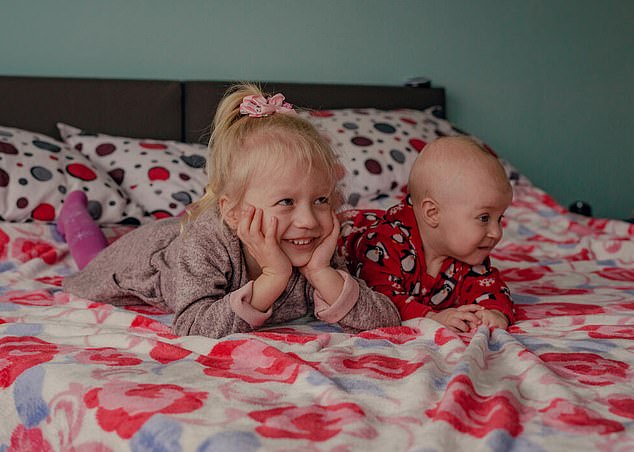 But then they were met by Save the Children, who gave them cash vouchers for food and medicine as well as counselling to help them cope with their trauma.

As they moved into a school that had been turned into a home for Ukrainian refugees, Vira was stunned by all the help she’d got.

‘I was expecting things to be hard. But the people were nice, they welcomed us. They fed us and gave a place to sleep. The conditions are very good.

‘We’ve had great support here. There was plenty of everything – toys, clothes, food, everything. The scale of it all, the children looked like they were seeing all this for the first time in their lives!’

Which, when you’ve had to leave your beloved homeland, is the very least you deserve.

A FUTURE FOR AFGHANISTAN’S GIRLS

12-year-old Laila* and her family ended up in a displaced persons camp after her father was killed in the violence about four years ago.

At first they sold their possessions and the children worked for less than 10p a day to survive, but when their mother was threatened with a forced marriage, they had to flee their home. 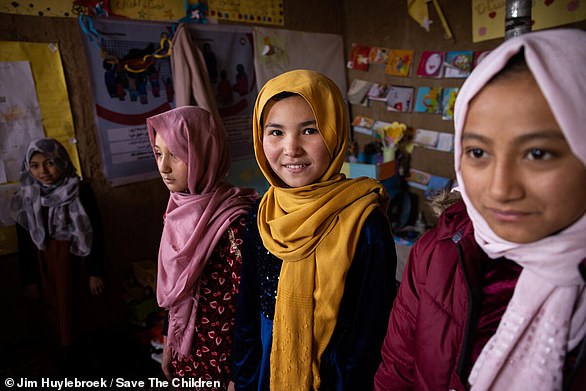 Laila, 12, at Save the Children’s child friendly space in Balkh Province, Afghanistan

They’re now in a camp where homes are dug underground for warmth. It’s a tough life, but they’re safe.

And – thanks to Save the Children – Laila, who has four siblings, is finally getting an education the family hope will be their route out of poverty.

‘When I worked in people’s houses, it was very hard,’ she says. ‘I would work from morning till evening. Now I don’t go to work.

‘I now come to the class at Save the Children’s child friendly space. I would like to be educated and go and work in an office and become a teacher.

‘As children, education is important for us because we don’t have anything. Children need a school so that they get an education and help other children.’

Just as Laila herself is doing – thanks to Save the Children.

GIVE A GIFT IN YOUR WILL

Why not leave your mark on the world by giving a gift to Save the Children in your will?

It will help them carry on their vital work, supporting children in dire straits all around the world and making sure they have the tools they need to improve their own lives such as good food, medication and an education.

To find out how you can help the next generation go to thrive, go to www.savethechildren.org.uk/will