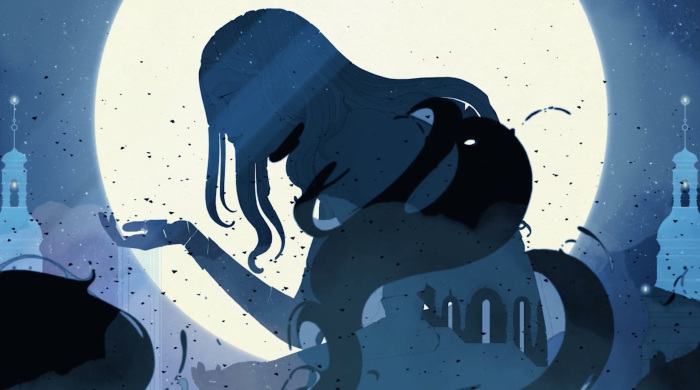 “Facebook rejected a ‘Gris’ launch trailer ad for this ‘sexually suggestive’ scene so this year is going great so far,” the publisher said.

“Gris,” which released last month on PC and Nintendo Switch, is a beautiful 2D platformer about a young girl dealing with a painful experience. The story is told with a striking watercolor art style from artist Conrad Roset. The scene Facebook apparently found objectionable depicts a giant statue of a woman. Although she does appear naked, most of her body is obscured by hair and shadows. Her arms and shoulders are bare. Her lower torso looks like it’s part of some sort of ruins or a tower. Nothing about the image screams “sexually explicit” or “offensive,” which is why publisher Devolver Digital is calling the ad’s rejection “really stupid.”

“We appealed and [Facebook] said the appeal was rejected based on the grounds that Facebook does not allow nudity,” a Devolver Digital representative told Polygon on Monday. “First of all, she’s a statue and second, absolutely no nudity is shown in that photo, nor is this what any reasonable person would consider ‘sexualized content.’”

Facebook’s community standards state that it restricts the display of nudity or sexual activity because some people in the community may be sensitive to that type of content. It also removes sexual imagery to prevent the sharing of non-consensual or underage content. But, it said its policies have become more nuanced over time.

“We understand that nudity can be shared for a variety of reasons, including as a form of protest, to raise awareness about a cause, or for educational or medical reasons,” it said. “Where such intent is clear, we make allowances for the content.”

Some of those allowances include photographs of paintings, sculptures, and other art that depicts nude figures, which makes the removal of “Gris’” ad even more puzzling.

Variety reached out to Devolver Digital for an update on the situation, but it only reiterated its stance that the whole thing is “really stupid.” We also contacted Facebook for comment, but it did not immediately respond.