Californian trio Green Day will play four stadium shows in Australia in November with Weezer and Fall Out Boy as part of a global tour starting in June.

After achieving huge mainstream success with their Grammy Award-winning third album Dookie in 1994, Green Day's tour announcement coincides with the release today of the band's 13th album Father Of All… 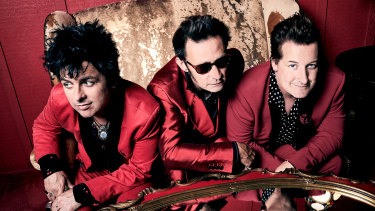 Green Day will be back in Australia in November, playing with Fall Out Boy and Weezer.Credit:Pamela Littky 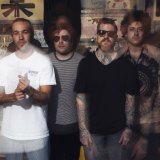 Fall Out Boy are part of the Mega Hella tour in November.Credit:

The triple-header Hella Mega tour will play in Europe, Britain and North America before arriving in Australia, where Green Day last toured in 2017 on the back of their Revolution Radio album.

Weezer, fronted by Rivers Cuomo, will also release new music ahead of the November stadium shows, with Van Weezer set for release in mid-May.

Fall Out Boy's seventh album, Mania, debuted in top spot on the Billboard 200 in early 2018 and earned the band a Grammy nomination for best rock album.

Support act across all dates will be New Zealand trio the Beths.