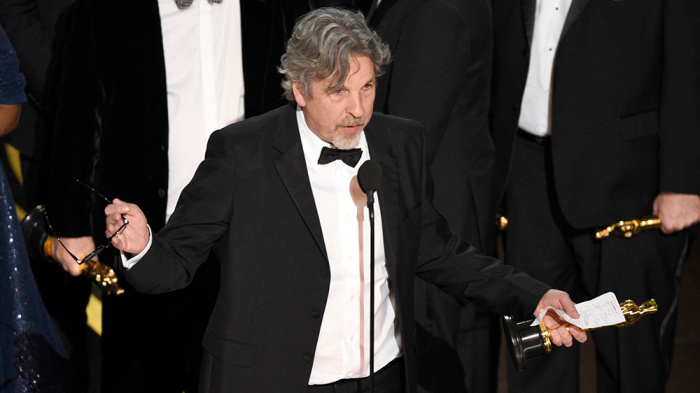 Spike Lee was the first of many celebrities to express their displeasure with the final results of the 2019 Academy Awards, wherein the night’s biggest prize for best picture went to “Green Book.”

The Peter Farrelly-directed film, which stars Mahershala Ali and Viggo Mortensen, has fielded controversy throughout awards season. It tells the story of an unlikely friendship that blossoms between pianist Dr. Don Shirley and his driver Tony “Lip” Vallelonga as they make their way together across the American south.

Lee, whose film “BlacKkKlansman” was also in the running for best picture, took home the Oscar for best adapted screenplay. After Julia Roberts announced “Green Book” as the winner, Lee was seen waving his arms in anger before attempting to exit the theater, but was stopped at the doors and made to return to his seat for the remainder of the ceremony.

Backstage, Lee told reporters he thought the Academy had made a “bad call,” and later commented while drinking champagne, “This is my sixth glass and you know why.”

In the aftermath, Twitter has been alight with reactions to the controversial win.

A gif of “Black Panther” star Chadwick Boseman’s face as the results came in speaks volumes:

Journalist Jemele Hill, currently a writer for the Atlantic and formerly an ESPN commentator, jumped in on a running joke that imagines misguided “compliments” from white people coming from “Green Book.”