Shark biologist Alison Towner shared harrowing photographs of the dead shark in Hartenbos, Mossel Bay, on her Facebook page yesterday, with a large hole visible on the creature’s underbelly. A pair of killer whales, or orcas, are thought to be responsible for several similar attacks off South Africa’s coast over the course of the last five years. The mammals are believed to be preying on highly nutritious fatty internal organs.

Ms Towner, who has been researching the subject of orca attacks on killer whales commented: “It never gets easier seeing this. This is a very fresh sub adult female shark.

“It’s a surprisingly clean tear and varies in size but usually spans around the width of between the pec fins. Often the heart is missing too as it is closely connected to the liver.

“The last white shark we necropsied due to orca predation had a fresh seal in its stomach.”

In a paper published in the African Journal of Marine Science, who referenced five great whites killed between February and June 2017 and washed up on beaches in Gansbaai, South Africa. Four likewise had their livers removed. 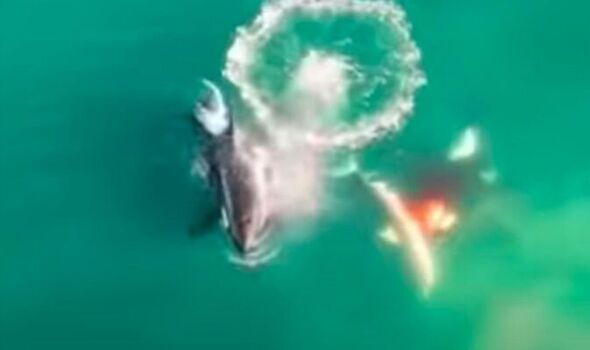 Speaking to Newsweek previously, she said: “There were killer whale tooth impressions on the pectoral fins of the sharks, and their livers were removed so neatly.

“It would take coordination of large and sophisticated animals to tear a white shark open and do this.

“Also each time a dead shark washed out, there had been sightings of killer whales in the area, so all the evidence pointed to killer whale predation, and was also confirmed by killer whale biologists.”

The attacks were having a knock-on effect, Ms Towner explained. 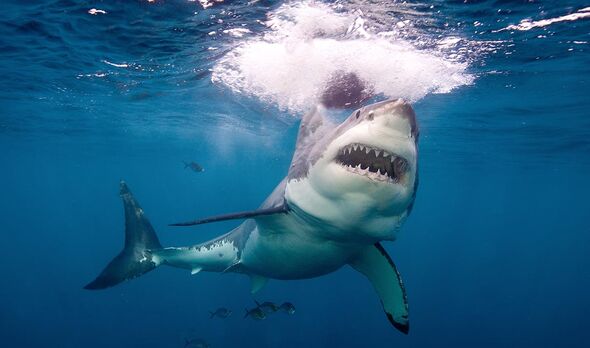 She said: “What we seem to be witnessing though is a large-scale avoidance – rather than a fine-scale – strategy, mirroring what we see used by wild dogs in the Serengeti in Tanzania, in response to increased lion presence

“The more the orcas frequent these sites, the longer the great white sharks stay away.”

The reduction in great white shark numbers could have an impact on marine life, Ms Towner pointed out.

She explained: “Balance is crucial in marine ecosystems. 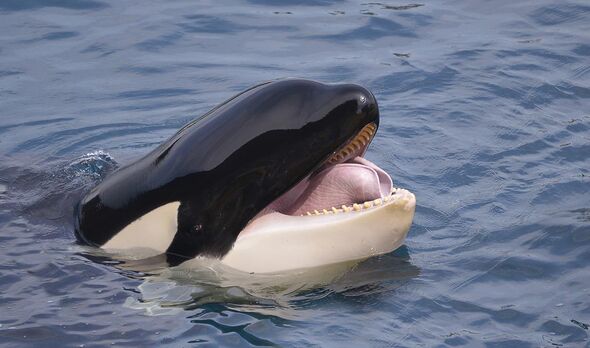 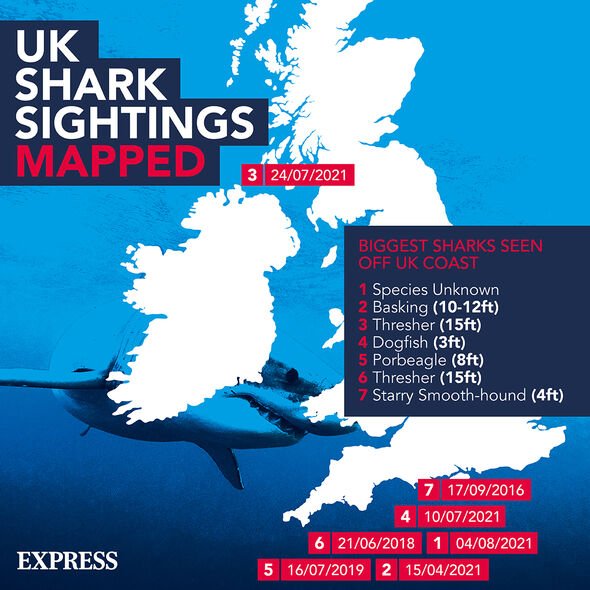 “For example, with no great white sharks restricting cape fur seal behaviour, the seals can predate on critically endangered African penguins, or compete for the small pelagic fish they eat.”

The great white shark (Carcharodon carcharias) can grow to a length of 20 feet and weigh up to 5,000 pounds.

Orcas can grow to up to 26 feet in length, weighing in at more than six tonnes.