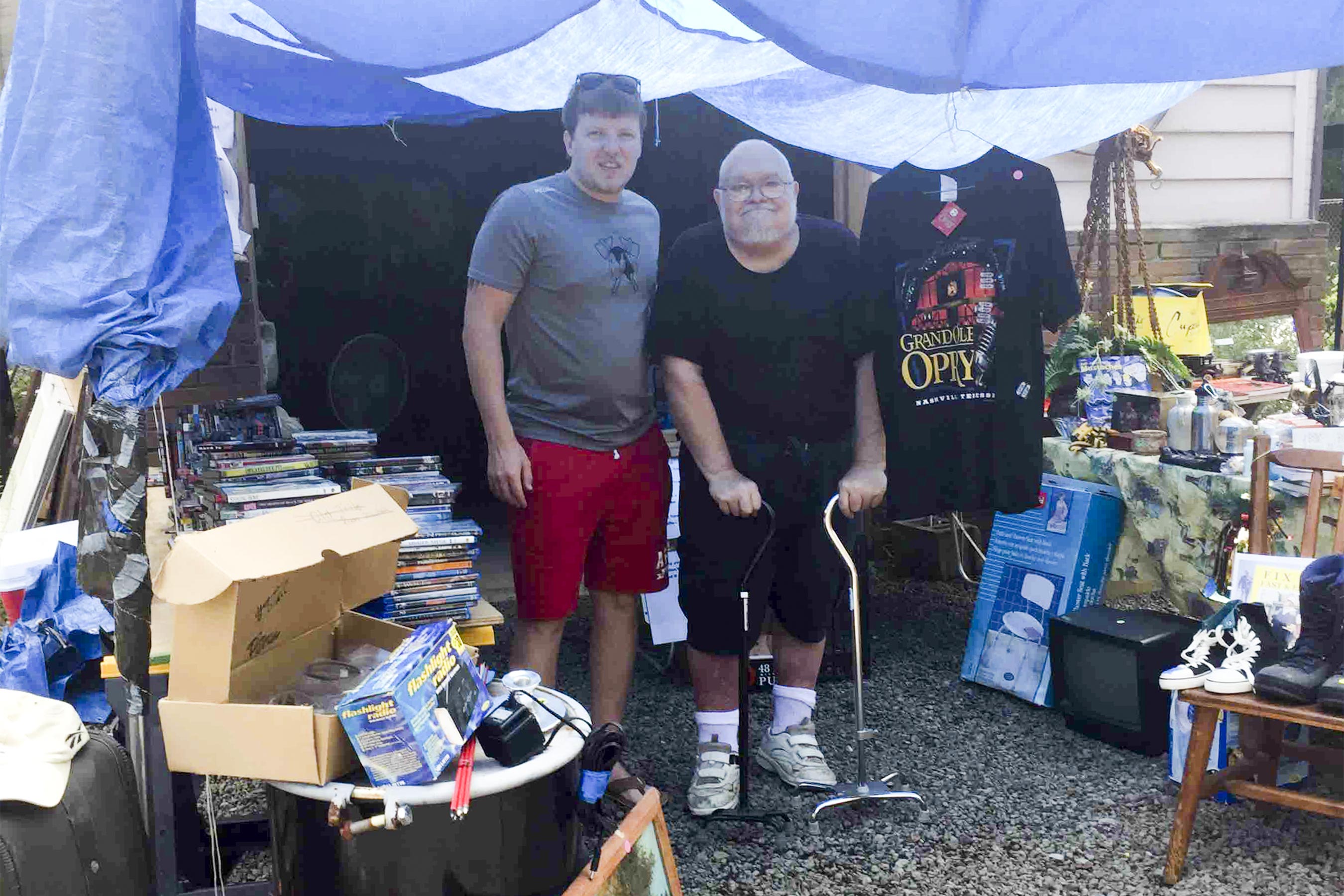 Some of country music’s biggest stars are coming together to help a terminally ill Pennsylvania man after it was revealed he was hosting yard sales in hope of paying for his own funeral.

Willie Davis, 66, has stage 4 squamous cell carcinoma — a form of skin cancer caused by an uncontrolled growth of abnormal squamous cells. A U.S. Navy veteran, Davis had hoped that by selling his belongings he could afford to be buried next to his parents in Culpepper, Virginia.

David Dunkleberger and Ed Sheets came across Davis’ sale, and after hearing his story, created a GoFundMe page for the man, surpassing their $40,000 goal quickly.

When staffers at the Grand Ole Opry in Nashville, Tennessee, came across the PEOPLE story covering Davis’ sales and the subsequent fundraiser, they quickly spotted a t-shirt from the show hanging prominently in a photo of the three men, which was originally shared on the GoFundMe page.

“We all took it as a sign, that the Opry t-shirt was so prominent in the photo, and we thought, ‘What can we do to assist?’ ” Dan Rogers, senior marketing manager at the Opry, tells PEOPLE. “We were moved by his story, felt as if we are in a unique position to help and wanted to do just that.”

This Saturday, the Opry will host Willie’s Yard Sale, where items from their collection will be sold, and a silent auction of special country memorabilia will be sold. The money will go toward Davis’ funeral funds. (Any money left over from the initial GoFundMe sale will be donated to another veteran in need.)

RELATED: Navy Veteran with Terminal Cancer Holds Yard Sale to Pay for His Own Funeral

Rogers tells PEOPLE that in addition to the sale of Opry sweatshirts and t-shirts, and framed prints, the silent auction items will include a signed pink guitar from Carrie Underwood,  as well as a signed print recognizing her 10 years as an Opry member.

“We have the opportunity on Saturday night after the sale to meet Little Big Town, who is on Saturday night’s show,” Rogers says. “The purchaser of that package will go back to meet them and they’re going to sign a copy of their latest vinyl.”

Also auctioned off will be the opportunity for a bidder and three guests to raise the curtain on the Opry’s 9:30 p.m. Saturday show.

Another special item up for the bidding? A package from newest Opry member, singer Dustin Lynch, who signed his induction poster, in addition to a cap and a CD.

Rogers says that though he hasn’t personally had the chance to speak to or meet Davis, the Opry’s participation is still special to him.

“None of us at the Opry have [met him], and frankly we’re ok with that,” says Rogers. “We just want to raise some funds for this person that we’ve fallen in love with his story and are proud of what he’s done as an American, and are very impressed that he’s faced adversity the way he has and has been doing the best he can with the cards he’s been dealt.”

He notes, “It’s in country music artists, fans and the opry family’s DNA to try to help others when given the opportunity.”

The sale will be held on the Opry Plaza in Nashville on Saturday from 10 a.m. local time to 6:45 p.m.