These famous faces took the saying, “You are what you eat” a bit too literally!

Though it’s not all that common, celebrities occasionally step out looking less red carpet-ready and more like something you might find in a grocery store aisle. That’s right, we’re talking stars who inadvertently look like food.

One of the most well-known instances of a high-profile person channeling food occurred when Pippa Middleton showed up to the highly anticipated nuptials of Prince Harry and Meghan Markle donning what many believed strongly resembled a can of Arizona Iced Tea. Like the beverage container, Middleton’s $695 dollar outfit was pale green. It also featured a delicate flower motif, which was yet another characteristic the royal adjacent’s gown shared with a can.

Roughly three years before Kate Middleton’s little sister reminded millennials of one of their childhood drinks, Rihanna hit the red carpet of the Met Gala in a lengthy yellow gown (with a massive, circular train) that left onlookers feeling hungry. While some likened the designer dress to an omelette, others thought it more strongly resembled a pizza pie. Either way, the Grammy winner turned heads on the red carpet.

In some cases, famous people seemingly channel food not with their outfits, but with how they style their tresses. Case in point: Justin Timberlake. The former boy band member rocked some pretty interesting hairstyles during his N’Sync days, including one curly, blonde look that bears a striking resemblance to ramen noodles. 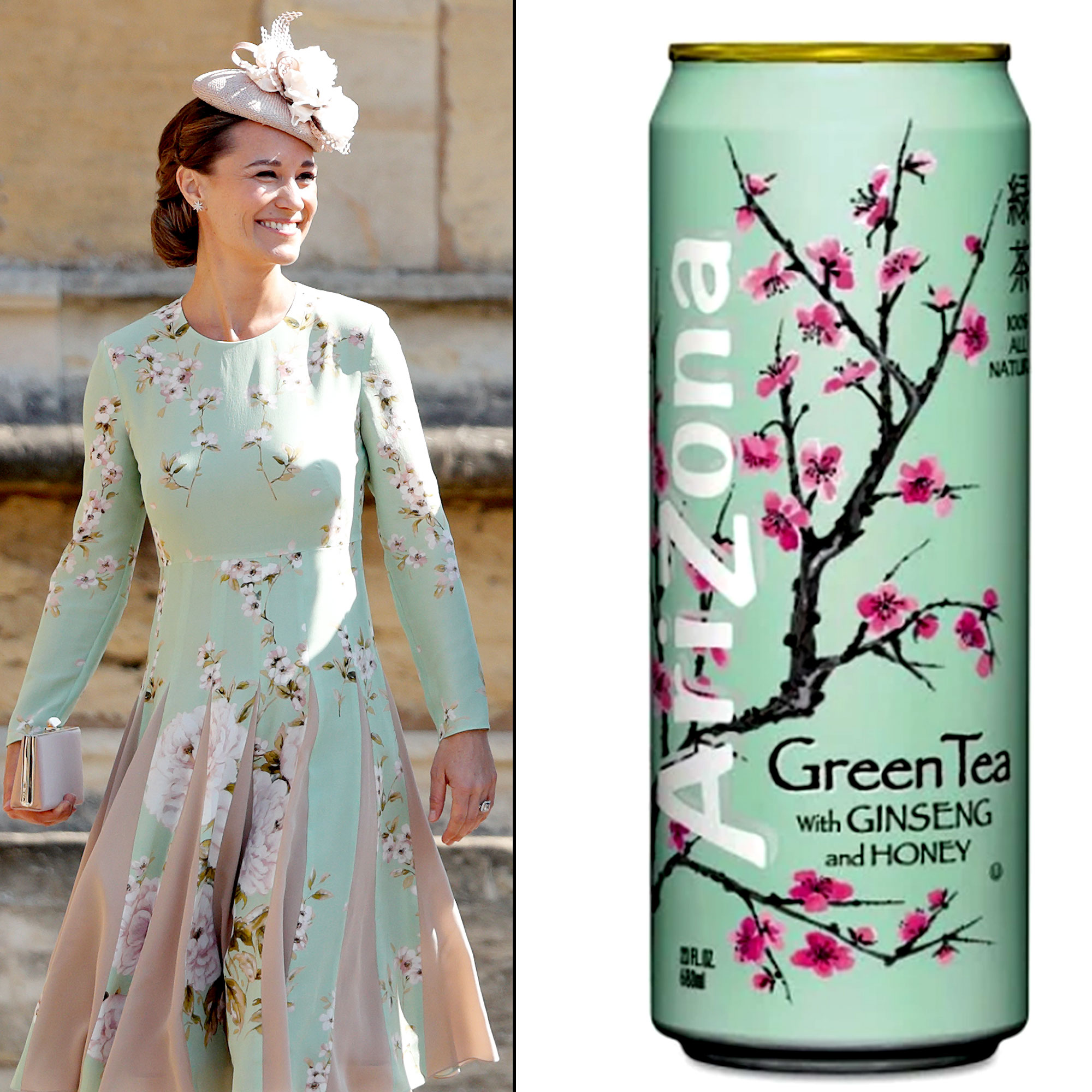 Kate Middleton’s younger sister turned heads in May 2018 when she showed up to Prince Harry and Meghan Markle’s wedding at Windsor Castle wearing a dress that closely resembled a can of Arizona Iced Tea. The royal relative’s pale green frock from British brand The Fold featured a delicate floral pattern that reminded many of the similar-looking green tea container. As one Twitter user succinctly put it: “Pippa Middleton sponsored by Arizona.” 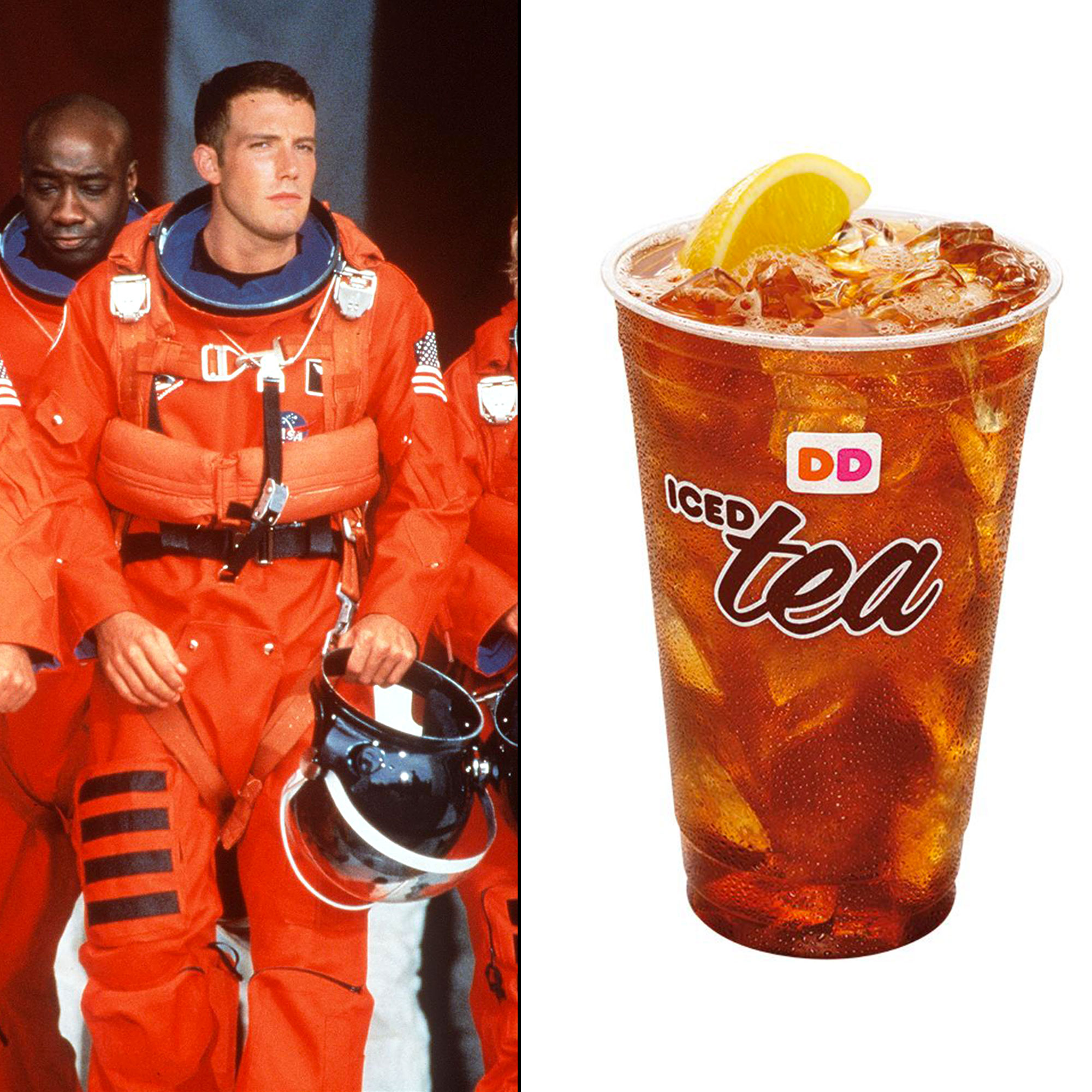 The Gone Girl star has not been shy about his love for Dunkin’ (formerly Dunkin’ Donuts), boasting that he eats it “every day,” and in April 2019 a Twitter user named Amelia Wedemeyer proved via a LOL-worthy Twitter thread that the Boston-bred actor often dresses in outfits that resemble beverages from the Massachusetts-based brand. Case in point: One tweet in Wedemeyer’s thread compared a spacesuit-clad A.J. Frost (Affleck’s character in Armageddon) to a similarly hued iced tea from Dunkin’. 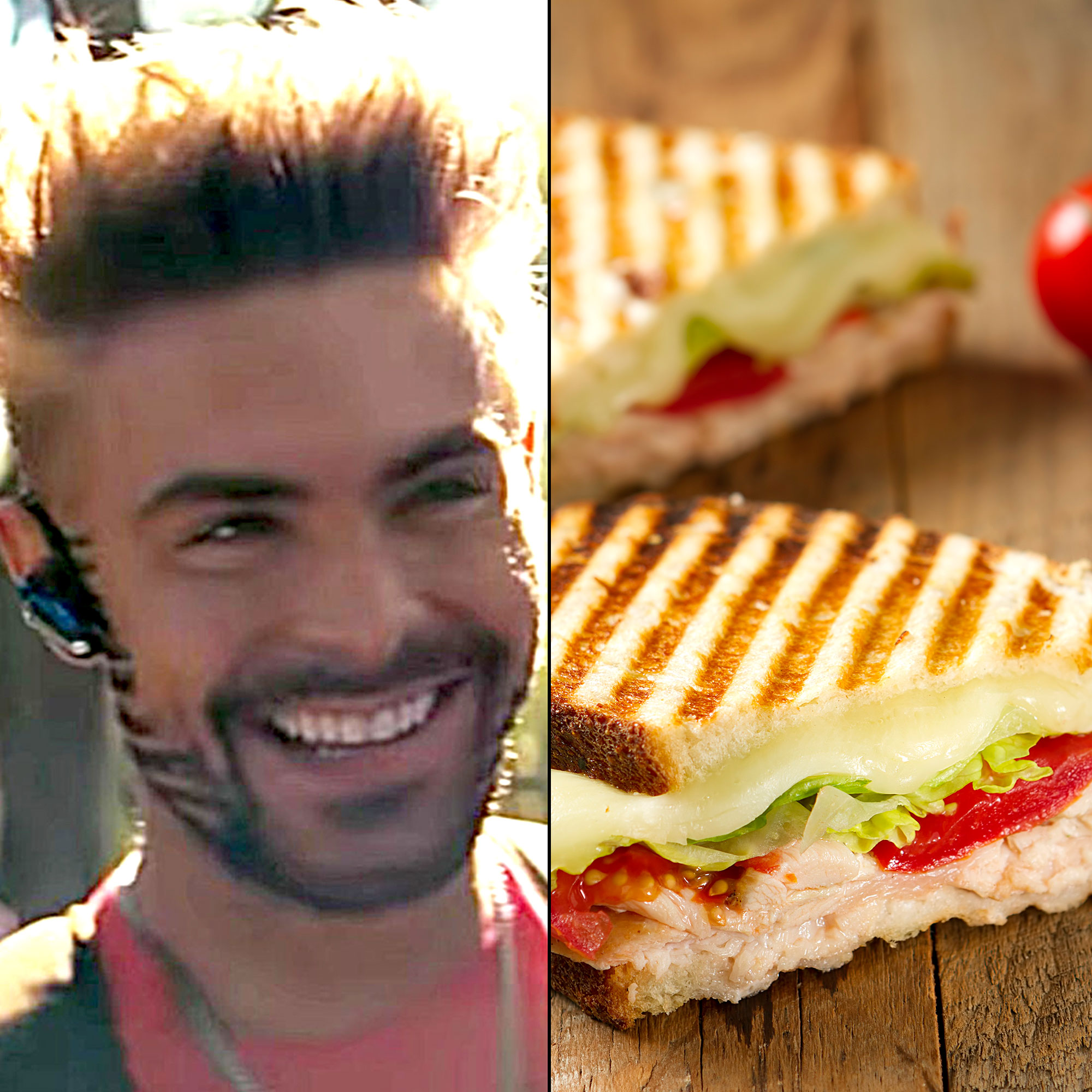 It’s not unusual for stars to gain or lose weight for a part, but when the High School Musical alum accepted a starring role in 2019’s The Beach Bum, he had to make his hair look like a popular food item. Harmony Korine, who directed the film, confirmed as much during an SXSW screening of the movie in March 2019 when he revealed he “just stared at a panini” while looking for inspiration for the California native’s tresses. Indeed, Efron’s character does sport facial hair that is styled in horizontal stripes which run across the side of his face at varying lengths, not unlike the grill marks one might find on the Italian sandwich. 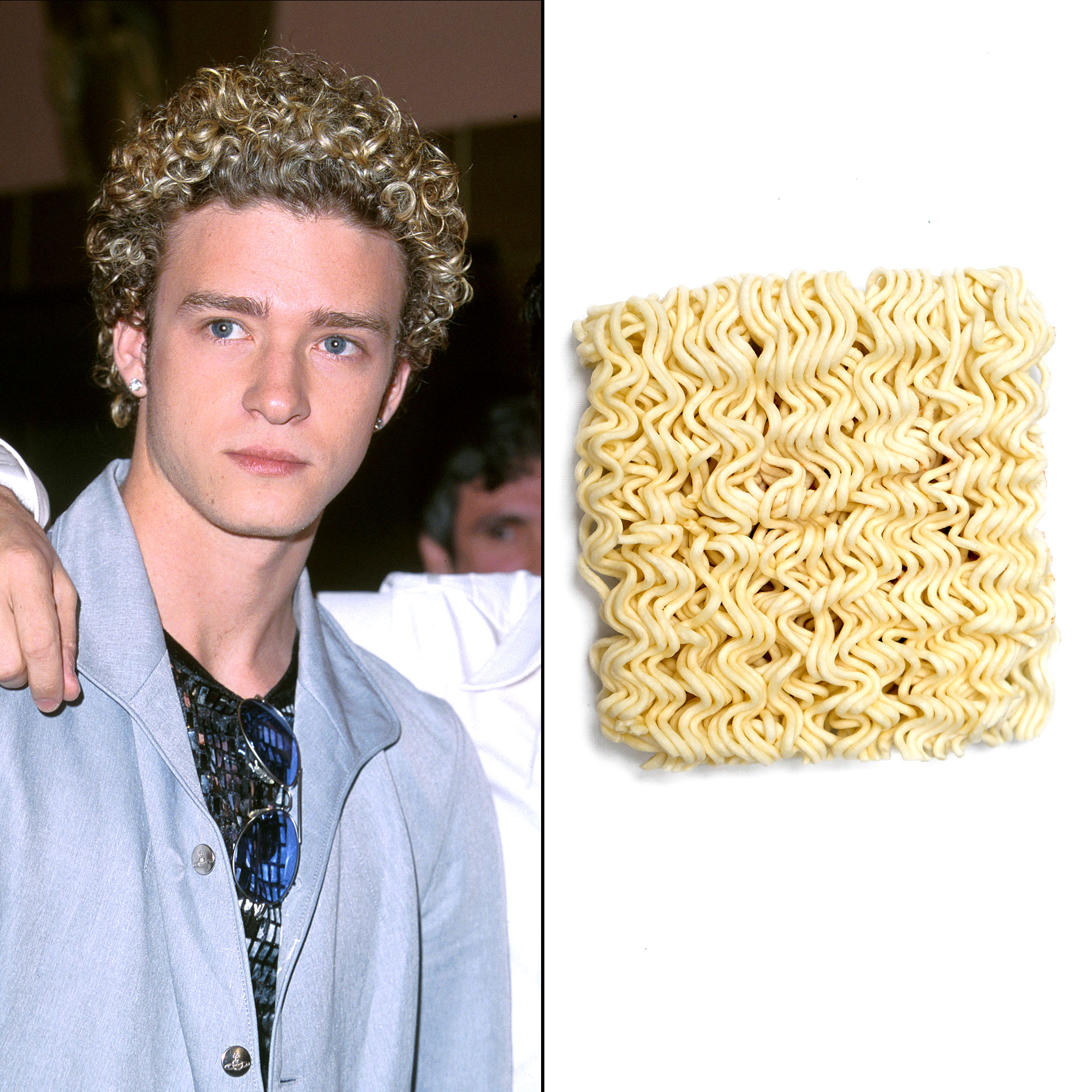 Speaking of hair, the “Say Something” singer reminded many a fan of their broke college days when he was sporting a hairstyle reminiscent of ramen noodles in the late 1990s. JT arguably reached peak noodle in the music video for N’Sync’s “I Drive Myself Crazy,” which was released in 1997. 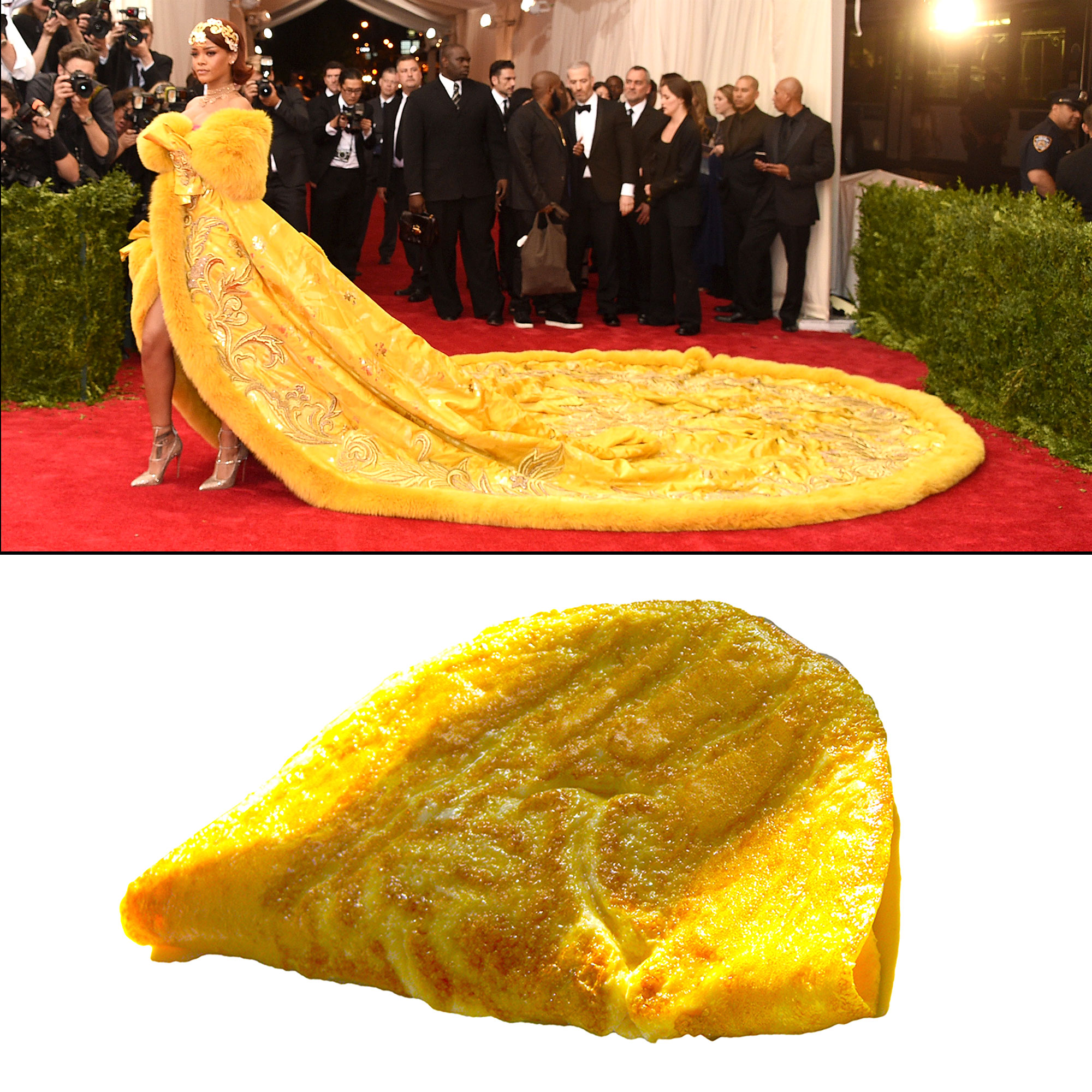 The “Rude Boy” singer is known for her outlandish looks, but the massive yellow dress she wore to the Met Gala in 2015 really takes the cake … or should we say the omelette? Within minutes of hitting the star-studded red carpet, social media users began likening the Fenty Beauty founder’s couture gown, which was designed by Guo Pei, to an omelette on account of its massive, circular train. Others thought the fur-trimmed frock was more akin to a pizza pie.