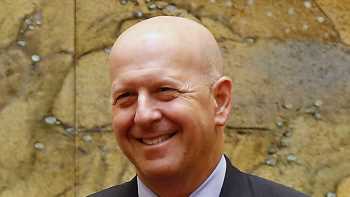 At the start of next week’s Milken Global Conference, Goldman Sachs CEO David Solomon is hosting an exclusive dinner for power players from Hollywood, big oil and pharma, and the managing director of Saudi Arabia’s public investment fund, Variety has learned exclusively.

This will be Solomon’s first visit to Los Angeles in his new role, having also succeeded Blankfein as chairman of the multinational bank in January. Yasir Al-Rumayyan, managing director of Saudi Arabia’s Public Investment Fund, is on the list. That should make for some interesting dinner conversation if he’s seated near the Endeavor boys, who last year returned a $400 million investment from the Saudi fund after outcry over the killing of dissident journalist Jamal Khashoggi.

Also on deck is eBay CEO Devni Wenig, oil CEO Bob Dudley of BP, Royalty Pharma Chairman and CEO Pablo Legorreta, and Mattel CEO Ynon Kreiz. A Goldman Sachs spokesperson confirmed the event but did not comment on guests or the occasion. No word on whether Solomon will DJ the event.

Not that he needs an excuse — billionaires and thought leaders will descend on the Beverly Hilton throughout next week for Michael Milken’s annual confab, which will feature panel discussions on wide-ranging issues from various sectors, and invite everyone from “Avengers: Endgame” directors the Russo brothers to Ivanka Trump to speak.