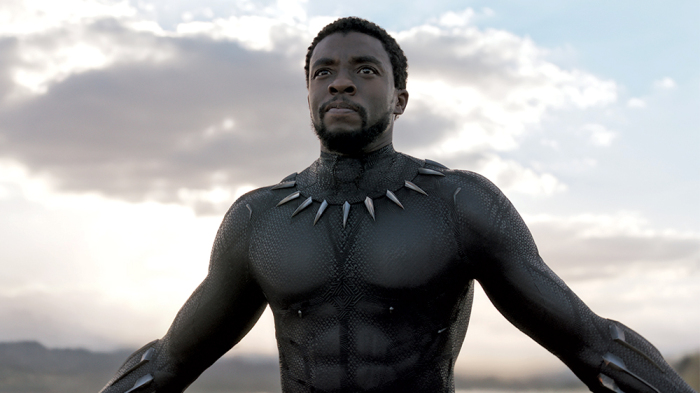 The domestic box office rebounded in 2018 in a recovery fueled by blockbusters such as “Black Panther” and “Incredibles 2.” Ticket sales in the U.S. climbed 7% to top out at a record $11.9 billion, according to a new report by the Motion Picture Association of America (MPAA). That helped off-set declines in overseas markets in Europe and Latin America, pushing the global box office to $41.1 billion, a year-over-year improvement of a percentage point.

The MPAA study is produced by the entertainment industry trade group and is intended to provide a comprehensive look at the overall state of the film business.

In addition to box office revenues, the report found that the global home entertainment business increased by 16% to reach $55.7 billion last year. This was driven primarily by the rise of digital rentals, sales, and subscriptions to streaming services such as Netflix. Digital home entertainment spending in the U.S. increased 24% to $17.5 billion; internationally this sector climbed 34% to $25.1 billion. That helped plug the gap left by massive declines in the sale and rental of DVDs and Blu-rays. In the U.S., disc sales dropped 15% to $5.8 billion and fell 14% internationally to $7.3 billion. Four years ago, physical sales in the U.S. were $10.3 billion and were $14.9 billion internationally, a sign of just how precipitously the DVD market has fallen. Over that same period, digital spending has increased 170% globally. Much of that rise is attributable to the popularity of Netflix, Amazon Prime, and other subscription services. Globally, the number of digital subscriptions increased by 27% to 613.3 million. Online video subscriptions surpassed cable for the first time in 2018. Cable subscriptions fell 2% to 556 million.

As DVD sales have atrophied, studios have tried to encourage consumers to keep buying digital versions of movies and shows. The pitch appears to be falling flat, with customers preferring to simply stream content on Netflix as opposed to buying things on an a la carte basis. Subscription spending climbed 28% in 2018 to $13.3 billion, while digital sales and rentals fell 5% to $10 billion. The report is being unveiled at a time when major media companies such as WarnerMedia, Disney, and Comcast are all readying their own subscription services in the hopes of profiting from this growing market.

The popularity of Netflix is bad news for exhibitors, who fear that streaming services are making it easier for people to skip the theater and stay home and binge. The company has aggravated those tensions by refusing to adhere to a traditional theatrical release model for its films. A select few Netflix movies such as “Roma” or “Triple Frontier” show in cinemas before debuting on the service within a matter of weeks.

On the theatrical front, the business continues to rely heavily on frequent moviegoers, which the MPAA defines as individuals who attend the cinema at least once per month. Though the account for just 12% of the population in the U.S. and Canada, they are responsible for 49% of all tickets sold. All told, 75% of the U.S./Canada population hit up the multiplexes or their local theater at least once in 2018. Women accounted for 51% of ticket buyers and men comprised the other 49% of the audience.

Per capita attendance was highest among the 12-17 and 18-24-year-old age groups, with moviegoers in those age ranges seeing an average of 5.1 films last year. All age groups, except those between the ages of 25 to 39 and those over 60 years old, increased their attendance. The most dramatic growth was in moviegoers between the ages of 40 to 49, as middle aged moviegoers saw 4.3 movies on average as opposed to 3.6 movies in the previous year.

Latino and Asian audiences had the highest per capita attendance among ethnic groups, seeing an average of 4.7 films and 4.5 films last year. Per capita attendance among black and African-American moviegoers increased from 3.4 films annually to 3.7 films in 2018. “Black Panther” was particularly popular with black audiences. They accounted for 35% of all tickets sold to the Marvel blockbuster.

Overseas, China was the primary growth driver. Ticket sales in the Middle Kingdom rose 12% to $9 billion. Japan was the second biggest overseas market with $2 billion in revenues, with the U.K. coming in third with $1.7 billion.