Office goals! Nearly two months after Kim Kardashian officially launched her SKKN by Kim beauty brand, she is giving fans an inside look at her workspace — and yes, there’s a glam room.

“Welcome to the SKKN by Kim office,” the beauty mogul, 41, said in a YouTube video posted on Friday, August 12. “I’m really excited. No one’s actually seen my whole office [yet], so I’m going to give you guys a tour.”

The nearly 40,000-square-foot space was designed by decorators Tommy Clements and Waldo Fernandez alongside Rick Owens’ Michele Lamy. The trio worked with Kardashian to include everything she “would possibly need and love” in her work area, complete in her now-signature minimalistic neutral hues. 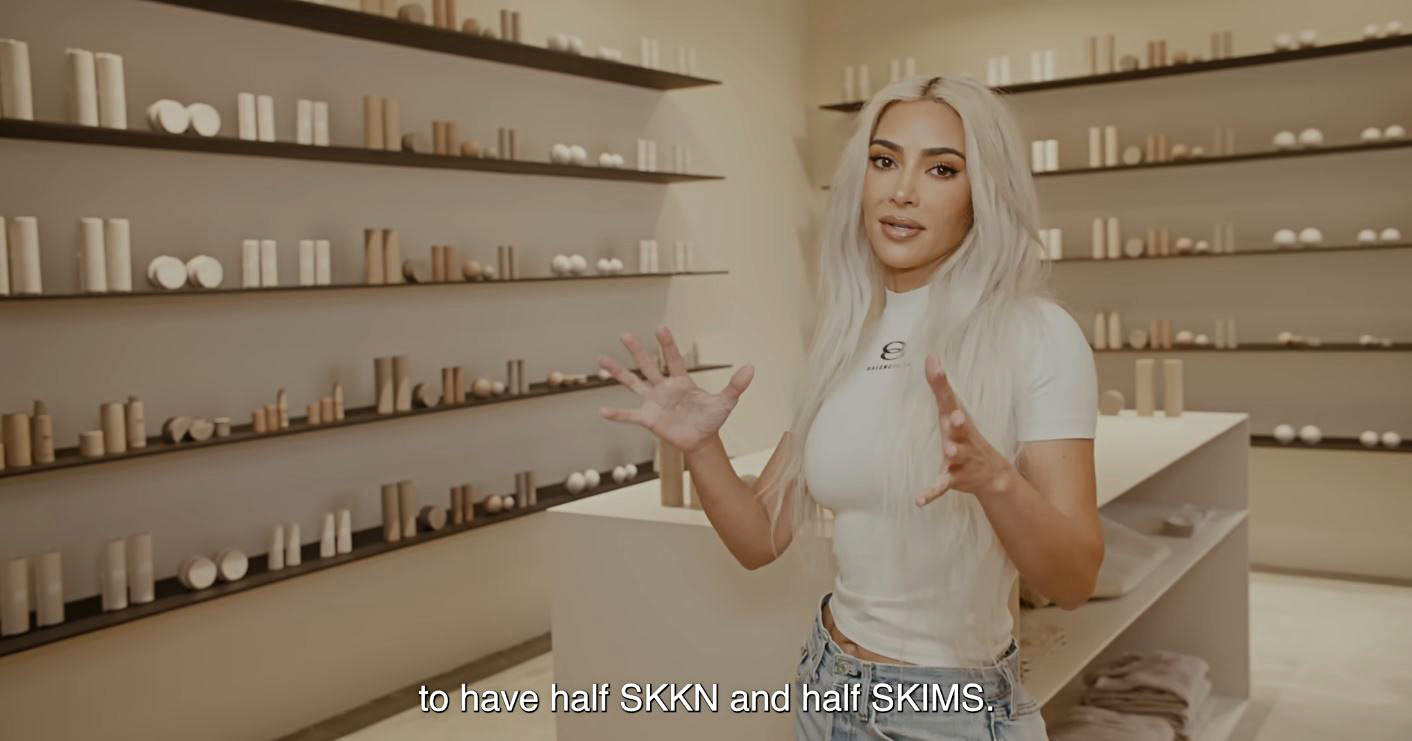 The Kardashians star’s tour began in her “favorite” place: the amphitheater room. “This came about because the space was so huge in here,” she said. “And I really loved the high ceilings, but I wanted a cozy area, not only for when the kids come and they can hang out and watch movies, but also if I had to show presentations or just look at something on a bigger scale.”

The miniature movie theater room features a dark Rick Owens bed that Kardashian “always loved” so that she — and her family — can “chill” during hangout sessions or professional meetings.

Next, the Hulu personality hit up the “big” kitchen, which is frequently used to host her staff’s events. Alongside Donald Judd wooden tables, the walls were adorned with Vanessa Beecroft artwork.

She noted: “We do so many photo shoots here that I wanted a space where if we’re doing content for SKKN by Kim or Skims, we do all our shoots here and there will be enough space for all of the models.” 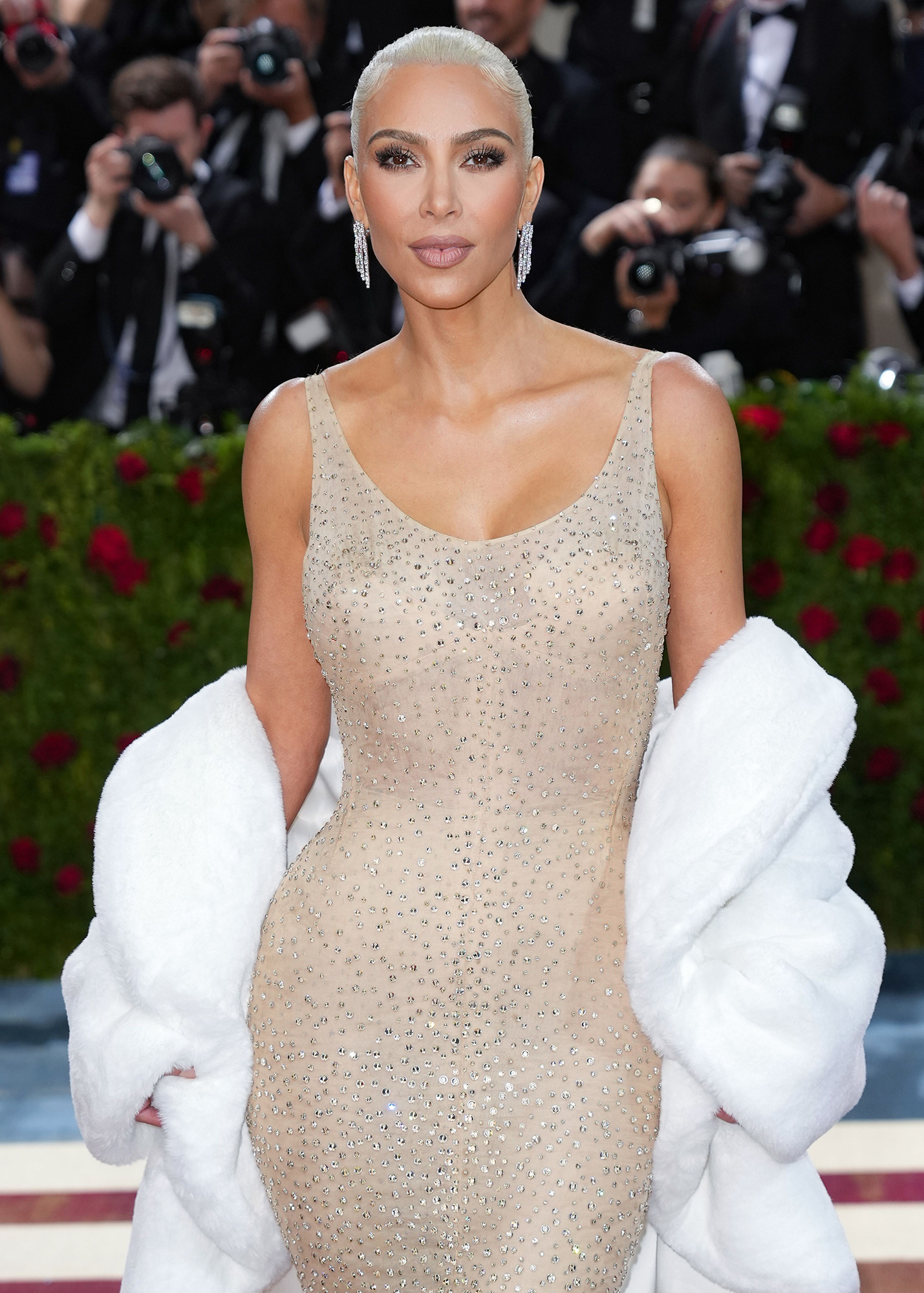 The Skims founder’s glam space feeds directly into the in-house photo studio and her “super calm and quiet” personal glam area. As Kardashian eventually climbed the stairs up to the second story conference rooms, the walls are lined with her “memories” of every magazine cover she’s been featured on, including The Hollywood Reporter, Sports Illustrated and Vogue.

Selena! Kylie! Celebs Tell Us What to Buy From Their Beauty Lines

“I mean, every cover is so special to me,” the reality TV star — who shares children North, 9, Saint, 6, Chicago, 4, and Psalm, 3, with ex-husband Kanye West — gushed in her Friday video. “I could tell you where I was, what I was doing [and] who I was with. .. Such good memories, so many amazing memories.”

Kardashian previously announced in June that she was launching SKKN several months after shuttering her KKW Beauty line.

“I’m excited to finally introduce to you SKKN By Kim, a rejuvenating nine-product skincare ritual that I have developed from start to finish,” she wrote via Instagram of the new company’s launch in the clean beauty space. “I’ve been so privileged to learn about skin and skin care over the years from the world’s top dermatologists and estheticians, and every bottle from my new line is filled with the knowledge I’ve accumulated along the way.”

For more inside Kardashian’s office — including how she comes up with her intricate packaging concepts — watch the video above!