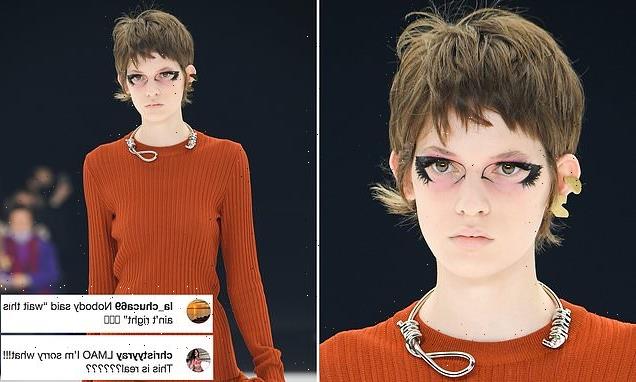 ‘Who signed off on this?’: Givenchy criticised for featuring necklace resembling a NOOSE in its ‘tone deaf’ Paris Fashion Week collection

Givenchy has come under fire after featuring a necklace that resembles a noose in its latest runway show.

One model appeared on the catwalk with a silver torque-style necklack with a loop at one end and twisted detailing that looked a lot like rope.

Outraged social media users slammed the ‘offensive’ and ‘tone deaf’ accessory, with fashion fans suggesting designers should ‘put a little more thought’ into what they display on the catwalk.

It comes after British fashion house Burberry was forced to apologise when a model complained about a hooded top with a noose around the neck during London Fashion Week in 2019. 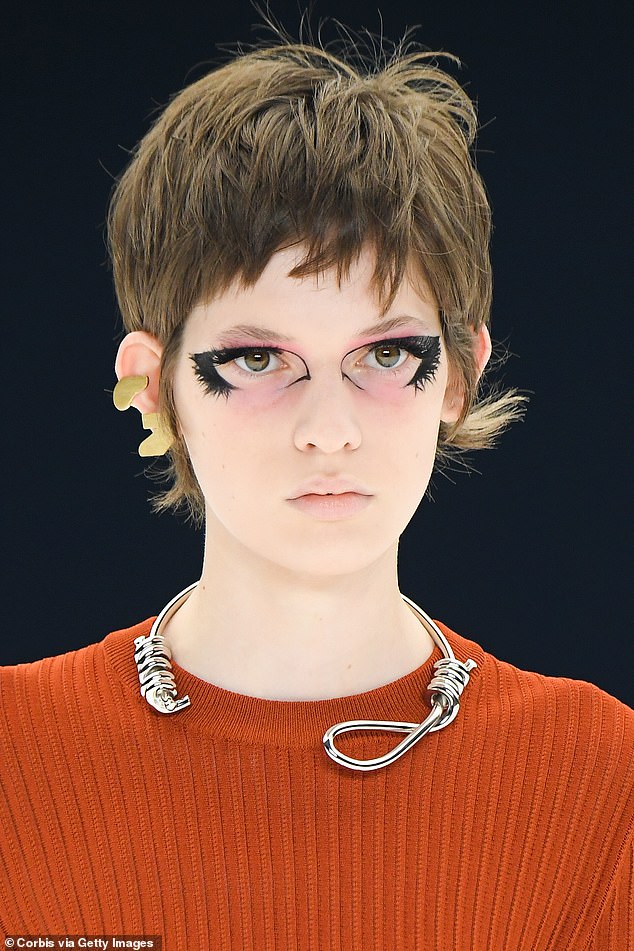 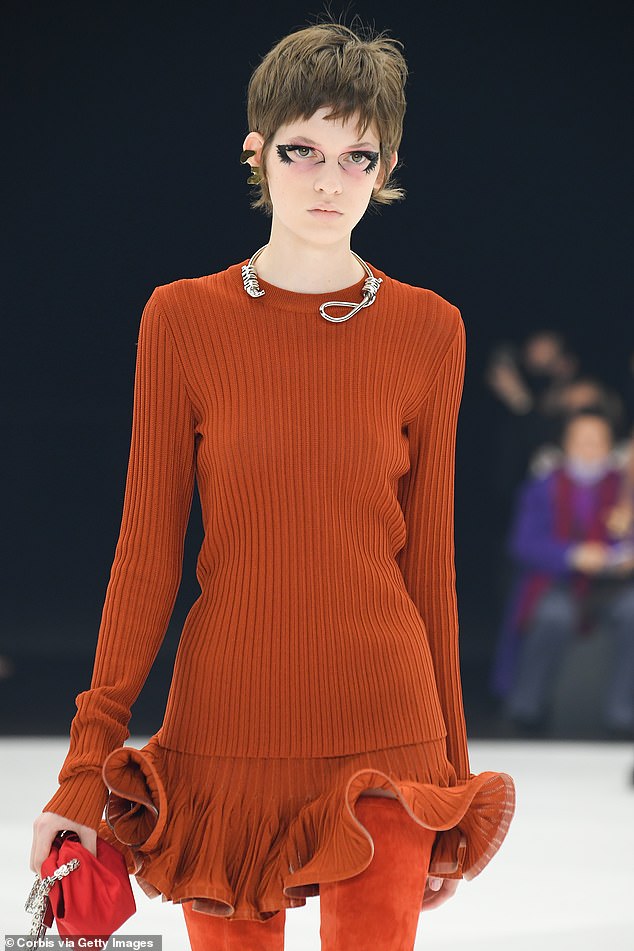 Fashion watchdog Diet Prada highlighted the necklace and comparing it to Burberry’s 2019 hoodie, suggested that the fashion industry should have ‘learned not to put things that resemble nooses around a model’s neck.

‘This @givenchyofficial necklace that just came down the runway steers dangerously close to that same territory. Really makes you wonder how no one noticed, but alas… history repeats itself.’

Furious social media users branded the piece ‘gross’ – with one saying it highlights the ‘ignorant privilege of the fashion set’.

‘The amount of people who need to okay these designs before they’re put out…none of them thought, “mayyyyybe leave this bit out”‘?’, wrote one.

Another said: ‘Who the f was in the boardroom and said, ‘yeah! this is a really great idea! it’s stylish too!’

‘Ummmm, as person who’s worked in fashion for a few years…There’s zero chance that went unnoticed. The content or the structure. Support a small designer instead’, wrote a third.

‘Assuming they didn’t notice is generous. Maybe they just don’t care?’, commented another.

In 2019, Liz Kennedy, who modelled for Burberry during London Fashion Week, said she was ‘ashamed’ to have been part of the event because of the insensitivity of the accessory.

Though she was not asked to wear the garment, Kennedy said she felt ‘extremely triggered after seeing this look’, prompting the clothing giant to remove it from its collection.

Tagging Burberry and its Chief Creative Officer Riccardo Tisci, she wrote in a searing Instagram post: ‘Suicide is not fashion. It is not glamorous nor edgy and since this show is dedicated to the youth expressing their voice, here I go. 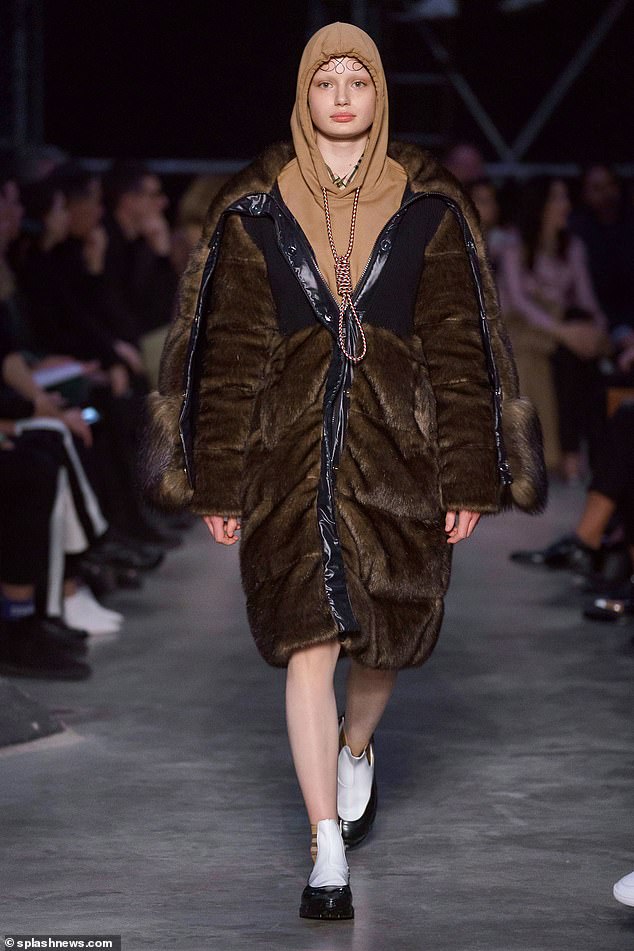 ‘Riccardo Tisci and everyone at Burberry it is beyond me how you could let a look resembling a noose hanging from a neck out on the runway.

‘How could anyone overlook this and think it would be okay to do this especially in a line dedicated to young girls and youth. The impressionable youth.’

The brand’s creative director Riccardo Tisci apologised in a statement, writing: ‘I am so deeply sorry for the distress that has been caused as a result of one of the pieces in my show on Sunday.

‘While the design was inspired by a nautical theme, I realize that it was insensitive. It was never my intention to upset anyone. It does not reflect my values nor Burberry’s and we have removed it from the collection. I will make sure that this does not happen again.’

Burberry CEO Marco Gobbetti added that the company was ‘deeply sorry’ for the distress caused, saying that he called Ms Kennedy to apologise as soon as he became aware of the issue.