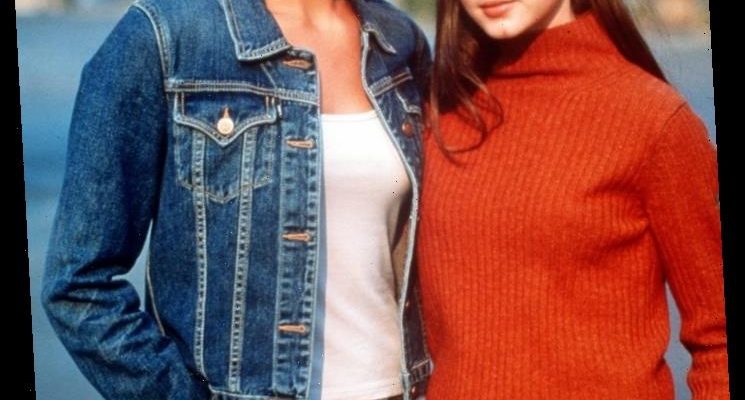 There are a lot of things about Gilmore Girls that don’t make a ton of sense. Fans of the 2000s series about a mother-daughter duo, have pointed out that the finances of Lorelai Gilmore, for example, don’t add up. Another thing that doesn’t jive well with fans is how Lorelai and her daughter, Rory Gilmore, could eat so poorly while maintaining such lean figures. If the duo consumed the food shown during any given episode, they would be ingesting several thousand calories each day. There might be an explanation for how they maintain their trim waistlines. Lorelai and Rory wasted a ton of food.

If Lorelai and Rory ate all of their food, they’d consume thousands of calories a day

Rory and Lorelai often talked about food, but they were rarely seen eating anything they ordered. If they ate everything that was shown in the series, the pair would be eating anywhere between 3,000 and 5,000 calories each day, holidays not included. Holidays for the Gilmore girls account for even higher calorie counts. In one Thanksgiving episode, the pair traveled to four different holiday dinners and likely would have consumed close to 15,000 calories in a single 24-hour period.

According to the Office for Disease Prevention and Health Promotion, an average 16-year-old female should be consuming about 2,000 calories per day if she is moderately active. Lorelai was 32 when the series started, so she should have been eating the same amount to maintain her weight.

Lorelai and Rory wasted most of the food they ordered

If you look closely, Rory and Lorelai seldom consumed a full plate of food. In most episodes that featured food, Rory and Lorelai were seen ordering, taking a few bites, then leaving. The same is true for their coffee. The pair would pour a cup of coffee, take a sip, and then leave it behind when they left.

Throughout the show’s seven seasons, countless burgers, pancakes, and pizzas were left relatively untouched after the pair walked off. While Reddit users note that the decision to waste food was due to television time constraints, the food waste might explain something else. It could explain how Lorelai and Rory appeared to regularly eat more than double the recommended daily caloric intake while remaining trim.

Assuming that Rory and Lorelai left about half the food they ordered at any given time on their plate, they might have consumed the correct amount of calories to be considered healthy. If they only ate half of their food, they likely consumed between 1500 and 2500 calories each day.

The nutritional value of their chosen food items is an entirely different story. While in college, Rory appeared to have a much more balanced diet than her mother. Still, she didn’t eat a particularly balanced diet. The healthiest eater on the show, by far, was clearly Luke Danes.