NEW YORK — Gary Phillips, a prize-winning crime novelist from Los Angeles, grew up on TV shows that showed a world nothing like the one he lived in.

"I watched them all, ‘Dragnet,’ ‘Adam 12,’ ‘The Wild, Wild West,’ ‘Mannix,’ ‘Cannon,’ ‘Peter Gunn’ reruns and on and on. Now these were white guys and they were tough but fair and even-handed,” he told The Associated Press in a recent email, referring to popular programs mostly from the 1960s and 1970s.

“I remember a ‘Dragnet’ episode where tight-ass Joe Friday solved racism among black and white officers in a weekend retreat. But I was a kid growing up in South Central and even then some part of me knew a lot of this was jive. We knew the cops out of Newton and 77th Division policed the ’hood a lot different than shown on TV.” 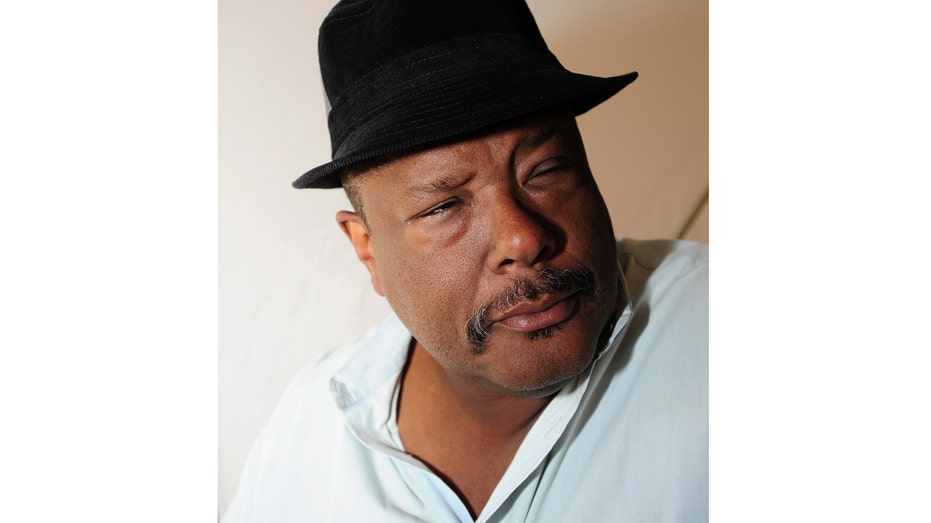 The May 25 killing of George Floyd, a black man who died after a white Minneapolis police officer pressed a knee to his neck, has set off protests worldwide and transmitted images of law enforcement that long remained far outside the narratives of crime stories — beatings and lethal chokeholds of handcuffed suspects, firing mace and rubber bullets at peaceful protesters, harassing and cursing at journalists.

Police stories have evolved far from the prime of Sgt. Friday. But the idealized crime fighter remains a cultural touchstone even when countered by such recent narratives as Ava DuVernay's Netflix series “When They See Us,” about the wrongfully convicted Central Park Five, and Angie Thomas' “The Hate U Give,” a best-selling novel about a black teen murdered by police that was adapted into a feature film of the same name.

“Hopefully what we're seeing on TV now, and on social media, is that bubble being popped,” Thomas told the AP. 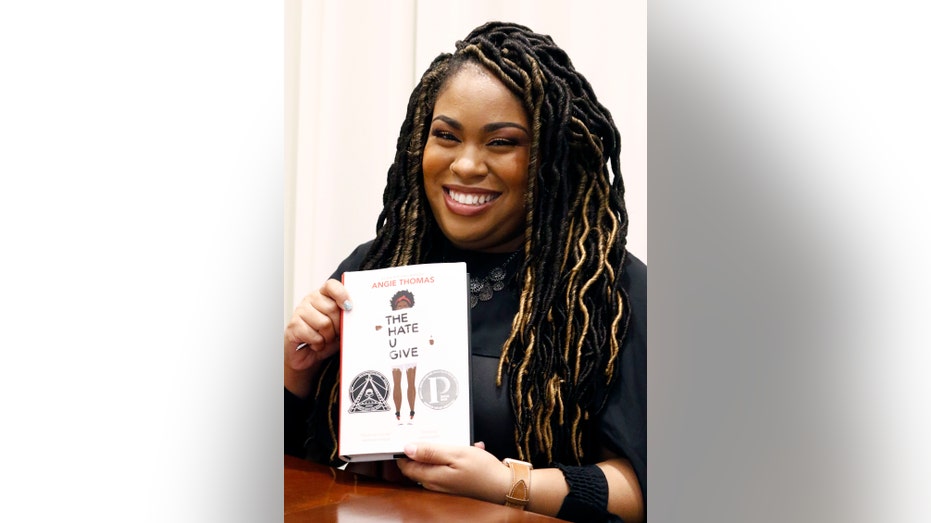 In this file photo, author Angie Thomas holds a copy of her novel, “The Hate U Give,” at a book signing in Jackson, Miss. (AP Photo/Rogelio V. Solis, File)

Protests have already changed television. “Cops,” which for 33 seasons helped shape an authorized narrative that allowed viewers to sympathize and identify with real police on patrol, was dropped this week by the Paramount Network. A&E did the same with a similar show, “Live PD,” one of its mostly highly rated programs. Earlier this year, five police procedurals were consistently in the Nielsen company's top 20 ratings, including NBC’s “Chicago PD” and CBS’s “FBI.” Now, even those portraying law enforcement officials are pulling back: Griffin Newman, who appeared as a detective on the CBS series “Blue Bloods,” announced he was donating his earnings from the show to help raise bail for arrested protesters.

The divide between crime fiction and real life dates back to the genre's origins, more than 200 years ago. Law enforcement violence and corruption were extreme in the mid-19th century and some police forces were rooted in the patrols that used to chase down runaway slaves. Meanwhile, “The police in early crime fiction were depicted as good, courageous, and brilliant,” says Otto Penzler, the crime fiction publisher and bookseller.

In the 20th century, shows such as “Dragnet” and “Highway Patrol” were collaborations between law enforcement and the entertainment business, to the point where J. Edgar Hoover was permitted to vet the politics of the actors appearing in “The FBI,” the long-running series starring Efrem Zimbalist Jr. Otherwise, police and other officials were portrayed as jaded and self-contained in the fiction of Raymond Chandler and Dashiell Hammett, comical and bumbling like the Keystone Kops or the misfits of “Police Academy,” rumpled and savvy like Peter Falk's Columbo, or witty and indomitable like Bruce Willis' New York City detective John McClane in the “Die Hard” movies.

Walter Mosley, known for his “Easy Rawlins” novels about a black detective in Los Angeles, noted that even if the plot included a bad cop “it wouldn't be instituonalized. It would be that cop is bad because he or she is a bad person.” 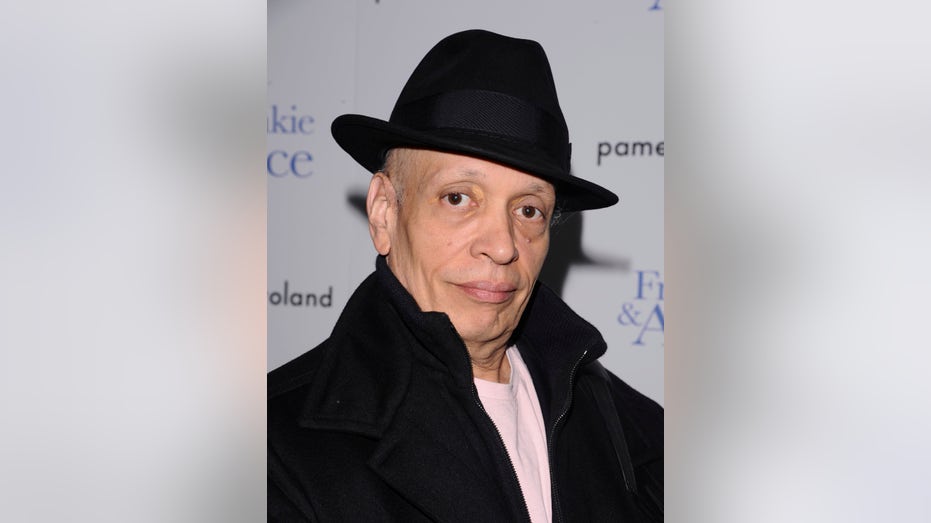 For Gary Phillips and many others, it took years to find stories in which they could see themselves. Naomi Hirahara, the Edgar Award winning author of the Mas Arai detective novels, remembered the “fantasy” or watching the white male protagonists in “Columbo,” “The Rockford Files” and other shows. As an adult, she was drawn to African American crime writers such as Mosley and Chester Himes, and now admires Rachel Howzel Hall’s novels about the African American LAPD homicide detective Elouise “Lou” Norton, books “revealing the complexity of a black woman in a system that has traditionally disempowered minorities.”

Penzler and others cite Joseph Wambaugh's 1971 novel “The New Centurions” as a turning point in showing a more realistic portrait of police, although no single trend has prevailed. Over the past 50 years, the image of law enforcement has sometimes mirrored debates between liberals and conservatives. Sidney Lumet's 1973 film “Serpico” dramatized the corruption of New York City police and the heroism of the real-life title character's willingness to speak out. Around the same time, Clint Eastwood's “Dirty Harry” movies positioned Eastwood's San Francisco lawman as a needed rule-breaker in a system too permissive of crime. Spike Lee's landmark 1989 release “Do the Right Thing,” in which a black man is choked to death by police, was released two weeks after the premiere of “Lethal Weapon 2” and the crowd pleasing defiance of Mel Gibson's Sgt. Martin Riggs.

“Cops,” which allowed the departments it covered significant control over its content, has been contrasted by the tougher perspective of Lena Waithe’s Showtime series “The Chi." But even shows like “The Wire,” and “The Shield” that take frank looks at police abuses can end up making the audience identify with officers.

“At first it’s ‘police are dirty bums’ and it’s ‘look at the awful thing they did,’” says Miki Turner, a professor at the University of Southern California who specializes in diversity and controversial topics in the entertainment industry and television. “And then there’s something in the script that makes you flip your mentality, and sympathize.”