Gas infrastructure and carbon capture and storage technology must be expanded to stop power prices rising and to back up renewable energy in the electricity grid, according to the federal government as it announced a $50 million funding boost to the industry.

“The government has a clear stance on both natural gas and CCS (carbon capture and storage), we will strongly back these sectors which are critical to both affordable and reliable energy for all Australians, as well as emissions reduction,” Energy and Emissions Reduction Minister Angus Taylor said. 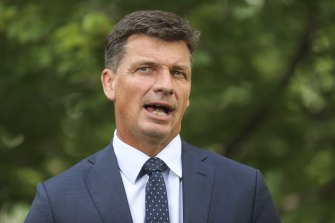 The funding comes as the Morrison government continued to pursue its controversial plan for a “gas-fired recovery” from the COVID-19 crisis, which Mr Taylor said would address the Australian Consumer and Competition Commission’s warning of a domestic gas supply shortfall in NSW, Victoria and South Australia. The vast majority of Australia’s gas production is contracted to overseas buyers and domestic gas pipeline capacity is regularly stretched to the limit.

“That’s why we are investing in seven priority projects as part of our gas-fired recovery, to make sure Australia has adequate supply and storage to avoid expected shortfalls in production in southern Australia that could emerge by 2024,” Mr Taylor said.

Government is working with pipeline operators to finalise funding agreements to expand pipelines in Queensland, NSW and Victoria as well as feasibility studies for pipelines to carry carbon dioxide from industrial hubs to the Cooper, Surat and Beetaloo gas basins where it would be injected underground.

The Australian Energy Market Operator has warned of a potential gas-supply “scarcity risks” emerging in Victoria, NSW and South Australia from as early as winter this year, as output from the ageing Bass Strait fields continues to decline.

Gas advocates argue the fossil fuel is a lower-emissions alternative to coal that is needed to support increased penetration of renewable energy with “dispatchable power” to quickly fill gaps in the electricity grid when the sun isn’t shining and wind isn’t blowing.

Scientists and climate advocates say the world is already heading for more than 2 degrees warming with damaging environmental and economic consequences, leaving no room for additional greenhouse emissions from gas. Supporters of renewable energy insist the role of gas in the grid can be replaced by large-scale batteries that soak up wind and solar power when it is abundant and dispatch it when needed.

In a landmark report last year, the International Energy Agency warned no new coal plants or oil and gas fields could be developed if the world was to achieve the Paris Agreement’s goal of arresting global temperature rise to 1.5 degrees.

UN Secretary-General António Guterres said scientific warnings about the impact of human-induced climate change must spell a “death knell for coal and fossil fuels, before they destroy our planet”.

“Countries should also end all new fossil fuel exploration and production, and shift fossil-fuel subsidies into renewable energy,” he said.

A global spike in gas prices is being driven by Europe’s push to end its dependence on Russian energy exports, which experts say could breathe new life into Australian liquefied natural gas (LNG) projects.

Graeme Bethune, chief executive of consultancy EnergyQuest, said earlier this month that the tragic events in Ukraine would likely support “new projects in Australia and other parts of the world”.

A guide to the environment, what’s happening to it, what’s being done about it and what it means for the future. Sign up to our fortnightly Environment newsletter here.