To find out why, Pelley interviewed Tom Boatner, who after 30 years on the fire line, had become the chief of fire operations for the federal government. Boatner told Pelley that fires of the size and intensity burning in 2007 would have been extremely rare 15 or 20 years before. 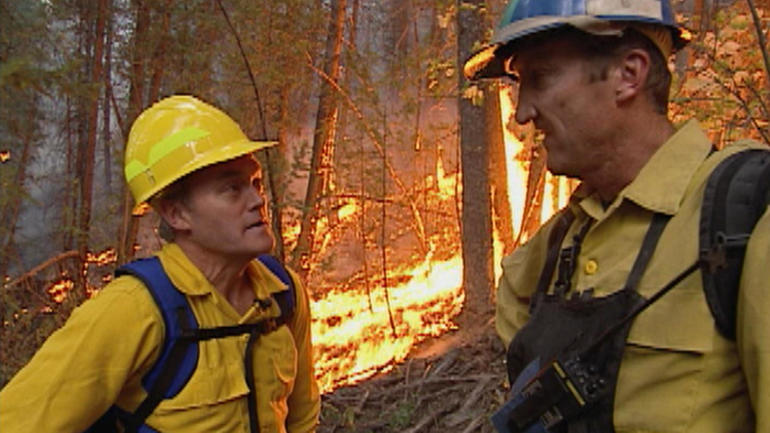 Scott Pelley began reporting on the new era of megafires in the western U.S. in 2007

“Ten years ago, if you had a 100,000-acre fire, you were talking about a huge fire,” Boatner said. “And if we had one or two of those a year, that was probably unusual. Now, we talk about 200,000-acre fires like it’s just another day at the office. It’s been a huge change.”

One reason for the change, Boatner said, was a Forest Service approach that had begun at the turn of the 20th century—the policy to extinguish all fires immediately.

“Because we so successfully fought fire and eliminated fire from this ecosystem for 100 years, because we thought that was the right thing to do, we’ve allowed a huge buildup of fuel in these woods,” Boatner said. 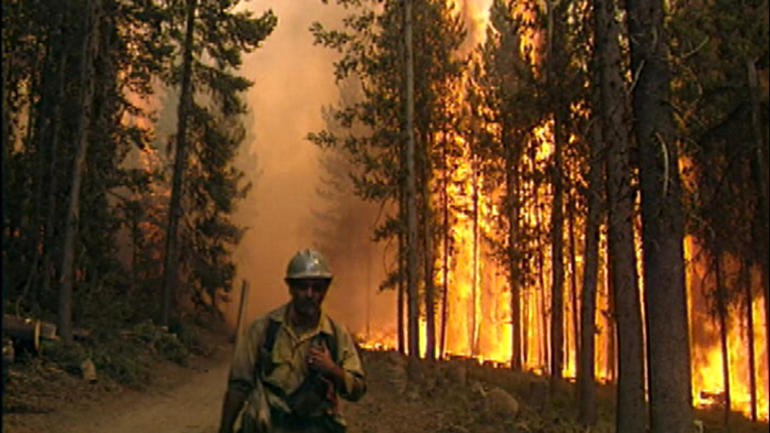 Another culprit, Pelley reported in 2007, is climate change. He spoke with Tom Swetnam, one of the world’s leading fire ecologists. Swetnam and his colleagues had just published their findings showing that climate change had increased temperatures in the western U.S. by one degree, and that has caused four times more fires.

“As the spring is arriving earlier because of warming conditions, the snow on these high mountain areas is melting and running off,” Swetnam told Pelley. “The log and the branches and the tree needles all can dry out more quickly and have a longer time period to be dry. And so there’s a longer time period and opportunity for fires to start.”

With the confluence of added fuel and longer burning periods in western forests, Pelley asked Boatner: Is it possible that megafires will reach a point where firefighters can’t extinguish them because the fires are too large?

“We’re there already,” Boatner warned 11 years ago. “We have identified numerous fires this summer that we know we can’t put out with the resources we have available because of the severity of the burning conditions and the size of the fires.”