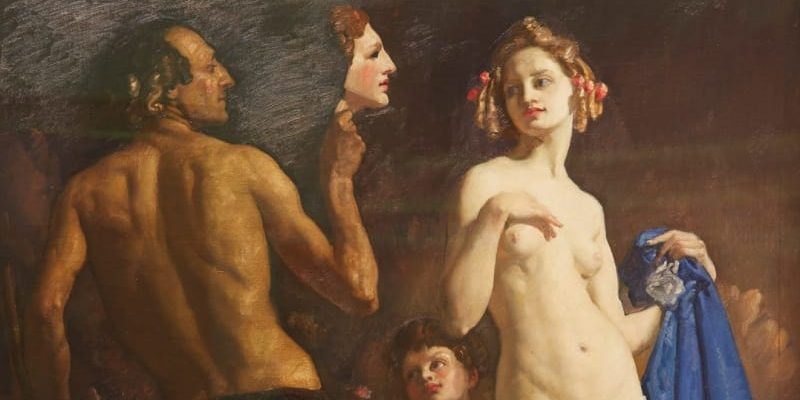 Masters of Modern Art from the Hermitage is the offspring of Icons of Modern Art: The Shchukin Collection, held at the Fondation Louis Vuitton in Paris at the end of 2016. Having seen that exhibition, which was one of the great experiences of decades spent in art museums, it's hard to get too excited about the works on display at the Art Gallery of NSW.

This is slightly unfair to Sydney, which cannot match the pulling power of Paris when it comes securing prestigious loans from St Petersburg. It's obvious that so-called "blockbusters" are financial transactions, but one should not underestimate their broader cultural value. For Sydney to be hosting works from the Hermitage at a time when diplomatic relations with Russia are going through a rocky patch is an affirmation of the power of art to transcend political differences. Regardless of what Canberra thinks of Vladimir Putin, or what he thinks of us, we can all agree on the merits of Matisse and Picasso. 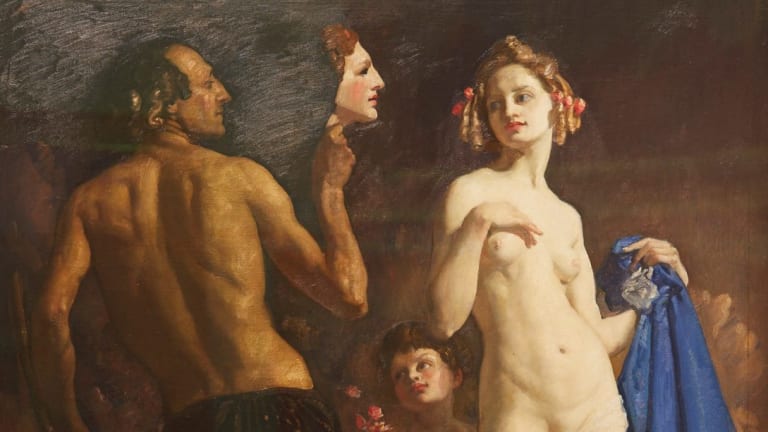 If further confirmation were required of the strength of Russo-Australian relations one might look to the Russian Resurrection Film Festival, which is enjoying its 15th anniversary this year. The event got under way this week in Sydney, with vodka and goodwill flowing freely.

The AGNSW exhibition is not so much a testament to the talents of Russia's artists as to the perspicacity of its early collectors of modernist painting, notably Sergei Shchukin (1854-1936) and Ivan Morozov​ (1871-1921), wealthy merchants that amassed vast private holdings of works by artists such as Monet, Picasso, Matisse and Gauguin. 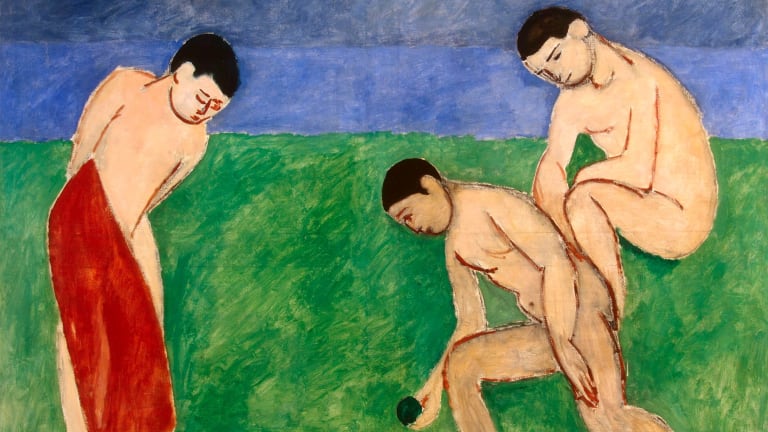 The only Russian well represented in this selection is Wassily Kandinsky, along with single pieces by Alexej Jawlensky​ and Kazimir Malevich​. The gallery is making much of the latter, whose iconic Black Square is given an entire wall to itself at the end of the show. It's a little deflating to realise this is the fourth version of the painting, dated c.1932. The original Black Square, first exhibited in 1915, is in no state to travel.

Black Square is the perfect conclusion as it signifies a complete negation of everything that has gone before, both artistically and historically. Amid the fervour of the revolutionary period it celebrated an end to bourgeois painting and bourgeois society. Some have seen it as a nihilistic gesture, but it may be better understood as a radical clearing away of the past for a new world to be born. It wasn't Malevich's fault if that new world would be shaped by Stalin's despotism.

The actual beginning of the show is rather less satisfactory, as the first thing one sees is a large 1992 painting of the Hermitage by Bernard Buffet. Once the most fashionable of French artists, Buffet's mannered, graphic style looks decidedly second-rate alongside the works of indisputable modern masters.

Shchukin and Morozov were not around to assess Buffet's place in art history. As merchants who made their fortunes through capitalist enterprise, the Revolution was the end of their tenure as collectors. Their holdings were nationalised and would languish in storage for much of the 20th century, being deemed decadent, formalistic and incomprehensible to the masses. Only recently has the Hermitage has been able to show these collections in all their glory. 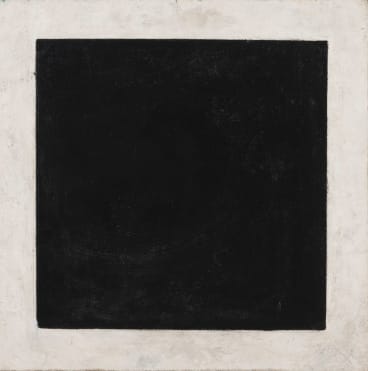 In a selection of 65 pieces, Matisse and Picasso are the stars with eight works each. Next come Derain and Kandinsky with four each, then Cezanne, Bonnard, Vuillard and Denis with three.

One could complain there is nothing by Van Gogh, Degas or Renoir, but for many viewers it will be sufficient to see paintings such as Matisse's Nymph and Satyr (1908/9) or A Game of Bowls (1908), two works from one of the artist's most daring phases. It wasn't just the startling use of colour that shocked Matisse's detractors. His willingness to distort forms and his apparent carelessness with matters of finish were insults to orthodox views of fine art. In these pictures every brushstroke remains visible, while a figure whose arms and torso are sharply outlined may simply tail off at the feet.

In a calculated assault on good taste Matisse showed it's not necessary for a painter to supply every detail. When the viewer is made to work a little harder, he or she must think more intensively. The message was clear: in the modern era the old rules no longer apply. Nothing may be taken for granted.

The AGNSW has embraced that philosophy a little too emphatically in hanging Matisse's works on a bright yellow wall that makes it impossible to appreciate the subtlety of his colours. Woman on a terrace, with its soft blues, pinks and greens, is swamped by the glare.

We can follow Matisse's friend and rival, Picasso, from his early works through to the radical simplifications of a painting such Woman with a Fan (1908), which was inspired by his discovery of African tribal art. The title conjures up a conventional image of a beautiful woman holding one of those fans that were in vogue at the time. What we get instead is a severely reductive study in geometry, in which both figure and ground have been divided into interlocking planes. X-rays tell us the face once had eyes, but it ended as a blank mask that might been carved from wood.

In rejecting the norms of beauty that dominated Western painting Picasso sought to tap into the formality of African carvings, and perhaps their pagan spiritual power. At the same time he makes us conscious of the painting as an artefact – the very opposite of an imaginary window onto the world.

It may have required outsiders such as Shchukin and Morozov to fully appreciate the value of such Parisian innovations. The French art scene, with its emphasis on academic honours and success at the Salons, was doggedly reactionary. Before Matisse and Picasso's experiments, Impressionism had been met with even greater hostility.

In an excellent catalogue essay, curator Albert Kostenevich​ quotes a memoir that recalls how the Impressionists were widely perceived as madmen or charlatans. This didn't discourage Shchukin, who acquired many Impressionist paintings before he began to appreciate Matisse. He was open to innovation like few other collectors, allowing his interests to move with the times. Monet and Gauguin, whom he once bought in depth, were forgotten as his taste continued to evolve.

It may count as a curiosity but there is one Australian picture on loan from the Hermitage. George Lambert's The Mask (1911) has been hung in the gallery's Australian collection, not in the downstairs exhibition. I can see the logic behind this arrangement, as the Lambert belongs to an entirely different view of art – a whimsical Edwardian approach that still insists on the value of correct drawing.

Nevertheless, it seems like a lost opportunity not to draw contrasts between avant-garde art in Paris or Moscow in the years before World War I, and what was valued in London, let alone Australia. Such contrasts cut right to the heart of the debate, raised by Kostenevich, over what is "modern" and what is "contemporary".

By 1911 the excesses of Fauvism were over and Kandinsky had begun his journey into abstraction, but Lambert, for all his wit and flamboyance, was still playing parlour games. If a show such as this is to have any deeper significance it should prompt Australians to think about our own belated entry into the modernist arena. We need to reflect on the cultural insecurities that had to be overcome and ask ourselves if anything fundamental has changed.

Masters of Modern Art from the Hermitage is at the Art Gallery of NSW until March 3.