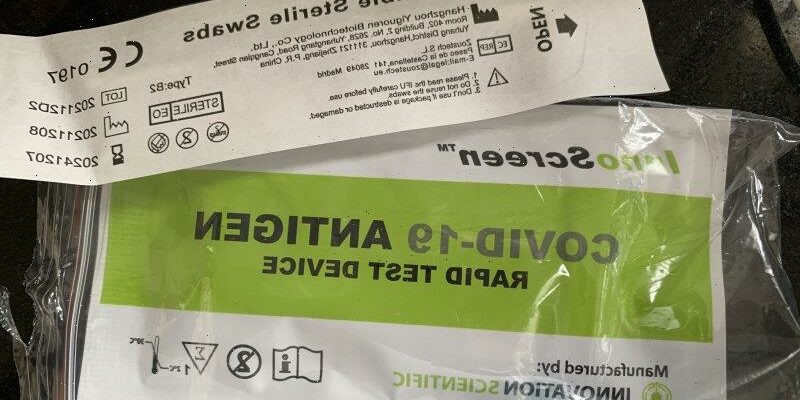 About four million Australians will be eligible for 10 free rapid antigen tests over three months to be collected from pharmacies, besides the free tests also available at testing clinics if they have symptoms or are deemed close contacts.

Prime Minister Scott Morrison said coronavirus testing – whether PCR or rapid antigen – will continue to be free for those that are required to get it. More than 64,000 people tested positive for coronavirus in Australia on Wednesday, as the Omicron strain continued to set records and put pressure on health systems and testing. 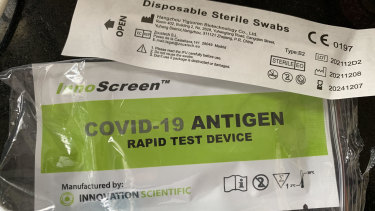 Ten rapid antigen tests over three months will be available for free for about four million Australians.Credit:Christian Stokes

National cabinet agreed on Wednesday afternoon to give 10 free tests to concession card holders. But tests will not be universally free in Australia.

“Universal free access was not considered the right policy response by all of the states and territories in attendance today, and the Commonwealth,” Mr Morrison said.

People who are low-income earners, including people on the aged pension, wanting so-called “peace of mind” tests will be able to get them from pharmacies, using their ID in a similar way to how people currently get pseudoephedrine medication. They will be able to get 10 free tests over a three-month period.

States and territories were in broad agreement, but the plan evolved during the meeting from the Prime Minister’s initial proposal.

Mr Morrison confirmed the federal government will offer jurisdictions additional tests to hand out for free through testing centres once supplies pick up in a week’s time. But he said there was a global shortage of rapid tests as Omicron spreads across the world.

“There is this rapid increase in the demand for these tests in an Omicron pandemic, which was different to what was occurring in the Delta pandemic, and as a result, the challenges we are facing here are the same and similar to the many other countries like Australia elsewhere in the world.”

Rapid antigen tests will now be subject to price gouging regulations, meaning they cannot be sold for more than 120 per cent of the wholesale price.

Mr Morrison announced last week that tests would be available for free in some circumstances. The cost of those tests would be split 50-50 between the state and federal governments and provided through testing clinics to close contacts of confirmed cases or people with symptoms.

“You will likely be given one when you are there, but you don’t need to go line up in these queues because you are going to get hospital treatment,” Mr Morrison said.

All states and territories are moving away from requiring a negative rapid antigen test to cross borders, except for Western Australia, which did not attend the meeting.

“We need to harness the goodwill in the community to use RAT kits and free access for everybody,” he said.

In a joint statement, the AMA and the Public Health Association of Australia said the federal government must also fund a highly-effective and multilingual communication campaign advising people how and when they should use the tests.

“RATs do, and must continue to play, an essential role in a pandemic that is looking increasingly out of control, PHAA chief executive Adjunct Professor Terry Slevin said.

“With the difficulty of getting a PCR test, many people just want to be confident they don’t have the virus before they interact with others.“

Opposition leader Anthony Albanese said the federal government had months to prepare for the switch from PCR testing to rapid antigen testing but it had delayed, leading to the current situation where few people can buy tests, test prices are going up and PCR testing queues are hours long.

National case numbers jumped from less than 48,000 on Tuesday to well over 60,000 on Wednesday, with 64,774 confirmed infections. Actual case numbers are believed to be up to 10 times higher in the community, with people facing hours-long queues for PCR tests and others have scoured shops to secure home-testing kits as the Omicron outbreak continues to spread.