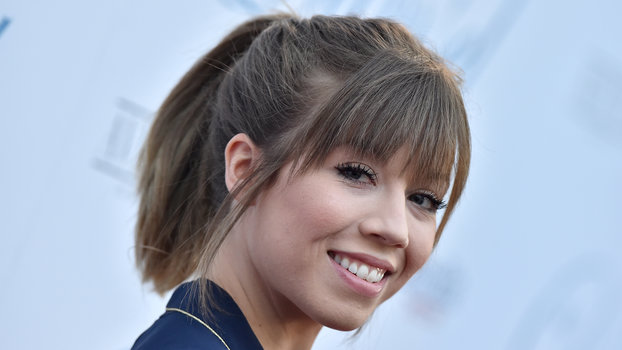 Former Nickelodeon star Jennette McCurdy is opening up about her long battle with eating disorders.

The iCarly star, 26, said that she dealt with anorexia, bulimia and disordered eating for 13 years of her life, and has spent the last two years in recovery. She wrote about her experience and eventual treatment in an essay for HuffPost, published Friday.

McCurdy said that her anorexia started at age 11 and was encouraged by her mom.

“As a child actress working in Hollywood, I quickly learned that remaining physically small for my age meant I had a better chance of booking more roles. Unfortunately, I had a trusty and dedicated companion ready to help me with my burgeoning anorexia: my mom!” she wrote.

McCurdy said she doesn’t “hold this against” her mom, who passed away from breast cancer in 2013, and whom she believes never fully recovered from a teenage eating disorder.

“I always remember feeling that my mom really struggled with my body, weight and diet. She’d regularly compare my size to that of other girls. She’d portion out my meals for me. She’d help me count calories,” McCurdy wrote. “At the time, instead of being bothered by her suggestions, I remember thinking that she was actually helping me ― that she ‘got it’ more than the other moms ― and that she wanted me to be successful.”

The actress said that her eating disorder was in full swing by the time she landed her role on iCarly at age 14.

“I became even more fixated on food and my body,” she said. “I monitored every bite I took. I exercised obsessively. I measured my thighs with a measuring tape every night before bed.”

“I still tracked, calculated and obsessed about every single thing that went into my mouth, just the same as when I had anorexia. The only difference was that I was eating a lot more,” she said. “I was constantly preoccupied with food. Nothing meant more to me than my next bite and nothing gave me more shame than my last one. I was in a toxic, self-loathing cycle.”

And by age 21, she turned to bulimia.

“When I first began to vomit after eating, I was honestly thrilled. Are you kidding me? I could eat whatever I wanted and then throw it right back up and avoid the consequences of eating (aka gaining weight)? It was the best of both worlds!”

McCurdy said that the people in Hollywood unintentionally encouraged her eating disorder. The show’s wardrobe stylist would celebrate when she went down a size in jeans, or her agent would say things like, “You’ve never looked better. Keep it up.”

At the same time, McCurdy started to feel like she needed to compete with other entertainers with eating disorders.

“I told myself that if I were better at this, if I were truly committed, I would just be able to not eat. I was convinced that bulimia was nothing more than poor man’s anorexia. What kind of hack was I?”

“Inevitably, the shame snowballed and so did the bulimia,” she continued. “Before I knew it, I was having five, six or seven purging sessions a day. By definition of the disorder, I was truly succeeding. And yet my bulimia always felt like a failure ― like I was coming up short of what a true disordered eater could (and should) accomplish.”

RELATED VIDEO: Olympic Figure Skater Gracie Gold Reveals She Is in Treatment for an Eating Disorder and Anxiety

After 13 years of disordered eating, McCurdy’s sister-in-law confronted her and pushed her to get help. She eventually found the right specialist who got her through a “brutal” and lengthy recovery with “a combination of cognitive behavioral, dialectical behavioral and schema-based therapies.”

“I had several relapses during my time with Hank [her eating disorder specialist] and several more even after I finished the program, but Hank warned me about relapses and told me they were totally normal,” she said. “The important thing was getting back on the recovery program anytime I had a slip so that, as they say in recovery, ‘the slip doesn’t become a slide.’ ”

McCurdy said that she’s been able to keep her “slips” in check.

“It’s been two years and I’m doing well, recovering and moving forward. I still get eating disorder urges, compulsions and occasional fantasies. I still hear that old eating disorder voice, but luckily I hear it less and less often. And when I do hear it, I now have the tools to muffle it.”

If you or someone you know is struggling with an eating disorder, call the National Eating Disorder Association hotline at 1-800-931-2237.