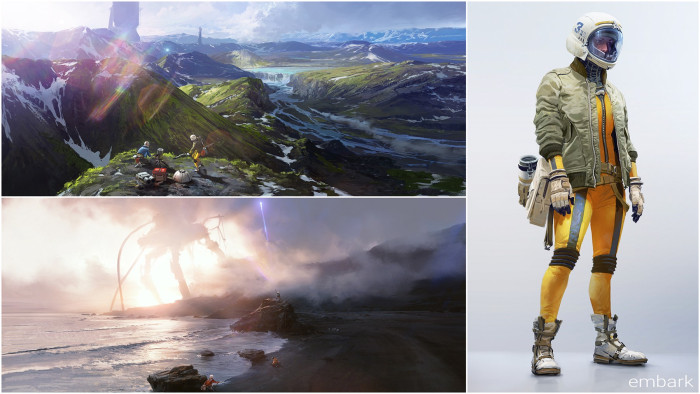 Former EA-exec Patrick Söderlund hinted at the first game that Embark Studios is working on, as well as other plans for the company and game development, in a Medium post Wednesday.

The untitled project will be a co-op, free-to-play game. Few details were revealed, but the action title, which will be developed using Epic’s Unreal Engine, is set “in a distant future, about overcoming seemingly impossible odds by working together,” according to Söderlund. The post included three concept art images and a terrain test clip.

This idea for the game is in line with Embark’s mission, as he explained in the post.

“… In a shorter time than I would have expected, the early team here settled around an idea for our first proper game — an idea that we were immediately excited about, that resonates with our mission, and that we have now begun prototyping,” Söderlund wrote.

Söderlund left his role as EA’s chief design officer in August after working with the company for 12 years to form Embark Studios. Embark is a relatively small team made up of people who previously worked at large studios. Part of the challenge for the new studio is learning how to work differently, more efficiently, without the benefit of a large studio’s support and resources, Söderlund explained.

You can see the terrain test for yourself below, which used real-world scanned data. The clip was created by only three developers in three weeks, according to Söderlund.

In addition to the tease of Embark’s first potential game, Söderlund wrote about a larger goal the studio has to open up game development to more people. He wrote that people that aren’t professional game developers are limited in their ability to create their own games, and Embark wants to blur the distinction between playing games and making games.

“Just like anyone today can produce their own videos, write their own blogs, or make their own music, we imagine a world where everyone is able to create and share meaningful interactive experiences,” Söderlund wrote in the post. “Our belief is that the more people that are empowered to create, the better, more interesting and more diverse games will become.”

While he didn’t go into specifics about how Embark will achieve this goal, but did mention the use of “games and tools that empower anyone to create.” Söderlund further noted that it’s a goal that can’t happen overnight.

“This is a big vision, and we’re realistic about the challenge. It will take time and effort to get there. And for a small studio like ours, the right way to tackle this won’t be to hide away for years, trying to develop something big and complex that may or may not succeed,” Söderlund wrote. “Instead, we’re focused on getting something out there quite fast that we can build upon — a really fun game that, if popular, can expand with design and functionality that take us closer to our long-term vision.”